Electro-Harmonix announces the 1440 Stereo Looper, with 24 minutes of recording time

Featuring 24 minutes of record time and both reverse and octave effects built-in. 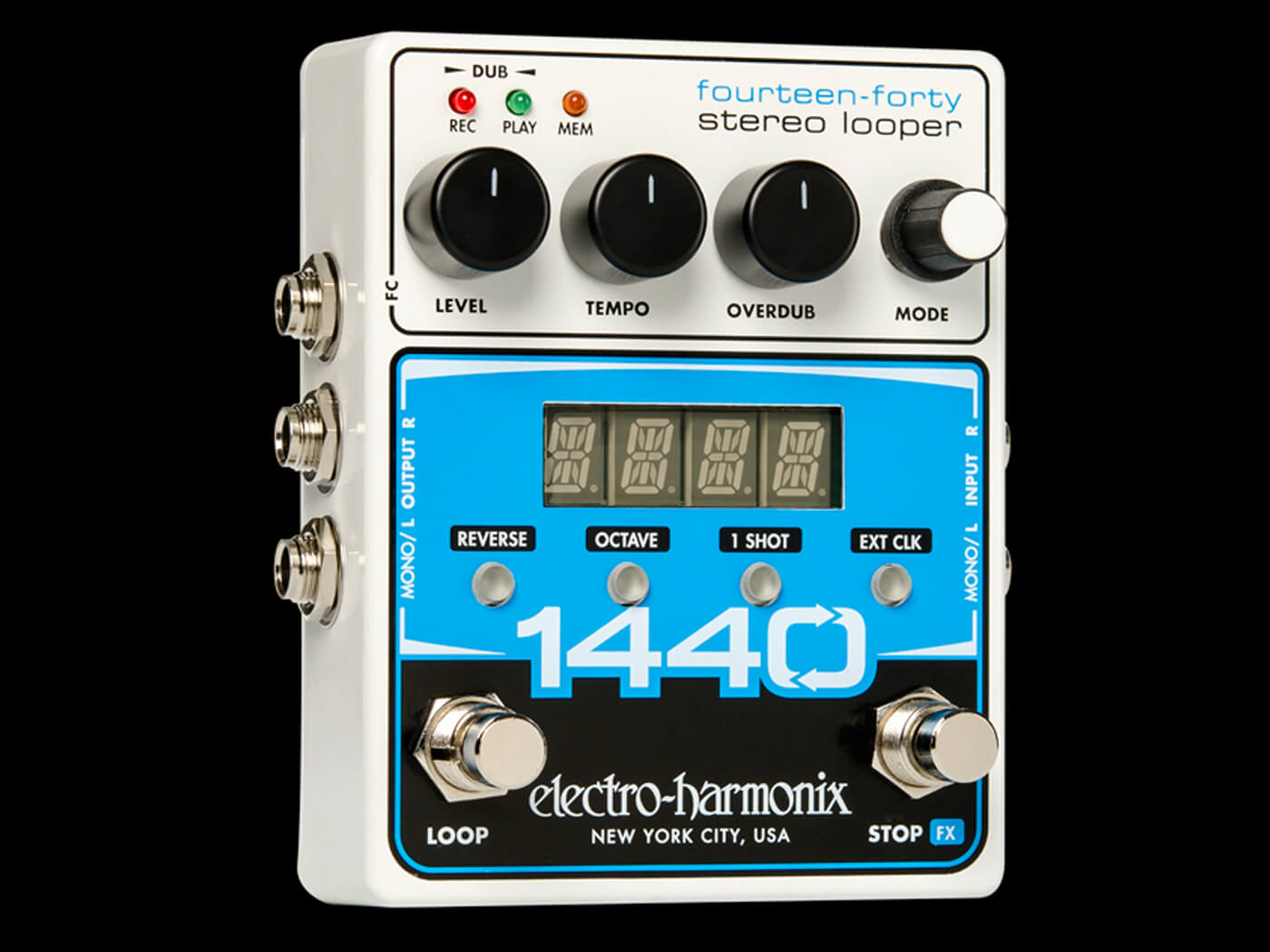 Electro-Harmonix has announced the 1440 Stereo Looper, offering 24 minutes of recording time, unlimited overdubbing, built-in effects and more. In terms of size, this compact looper sits somewhere between the brand’s 720 stereo looper and the 22500 dual stereo looper.

The 1440 records uncompressed audio at 24-bit/44.1kHz and allows up to 20 loops to be stored in its internal memory. It’s also possible to upload your own audio files by USB connection and through a companion software. These could be your own backing tracks, practice routines or even samples you might want to have ready on your ‘board.

Electro-Harmonix opted for just two footswitches with the 1440: loop and stop. And both offer some degree of customisation as well. The loop footswitch’s operation can be set to either record>play>dub or record>play>dub orders. Meanwhile, the stop foot switch can also be assigned to engage the onboard reverse and octave effect or the 1440’s retrigger function.

Above the footswitches are four buttons to toggle the reverse and octave effects, one-shot mode and (because the 1440 can be synced to a MIDI clock) an external clock mode. Other controls include level, blend, tempo knobs, and a mode rotary knob for cycling between the 20 stored loops. For added control, an external footswitch can be connected to access the 1440’s undo/redo function.

Check out the 1440 Stereo Looper in action below.