Something to go along with your Squier J Mascis Jazzmaster? 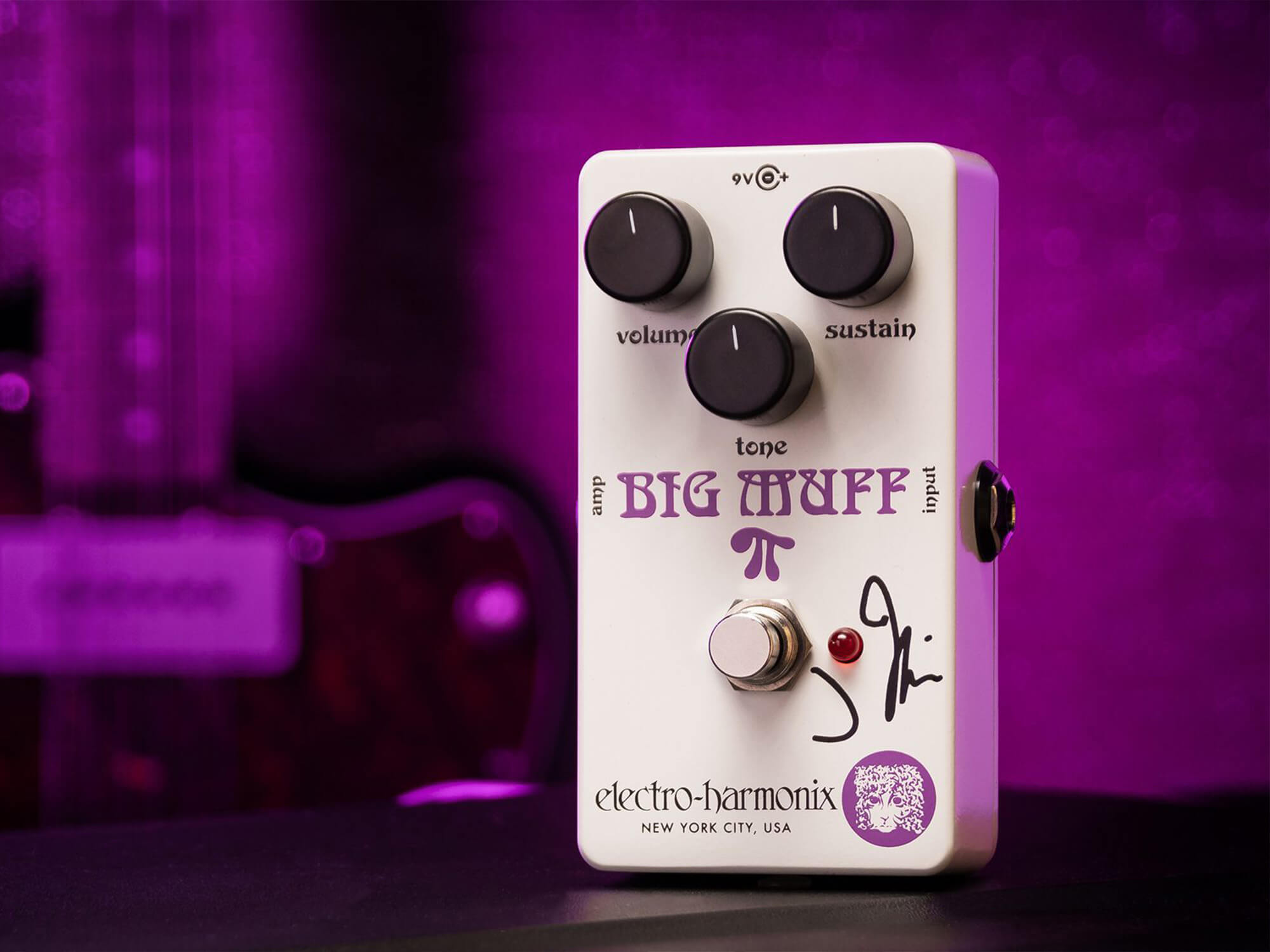 The silicon fuzz pedal is described as being “sonically more articulate” than other Big Muffs, providing a smooth and aggressive response, with a focus on string separation and dynamics.

Big Muff users will, no doubt, find the control layout familiar, with three control knobs – volume, tone and sustain – to get tones that scream and thunder.

This edition of the iconic fuzz draws from a 1973 EHX V2 Violet Ram’s Head Big Muff – one of the many editions of the pedal Mascis considers a core element of his guitar tone.

“That’s my sound. The Muff is always on,” Mascis says for its product page. “All distorted sounds begin with the Muff. That’s what I grew up playing so it’s kind of amazing to have my own signature one.”

The J Mascis Ram’s Head Big Muff Pi comes housed in a compact enclosure with special artwork and the Dinosaur Jr. guitarist’s signature printed on the chassis. You can pick one up now at $131.50.

Hear it in action below:

The Big Muff’s sound is closely associated with the alt-rock and grunge sound of the 90s, counting artists from Mudhoney to Sonic Youth among its adopters.

Back in March, EHX also announced the Nano Pulsar which sized-down its popular Pulsar to a compact size. In Guitar.com’s review, we called it “A musical and versatile tremolo pedal that, in this slimmed-down Nano form, has never been a more practical and affordable prospect.”

And in other Electro-Harmonix news, the pedal and amplifier company announced in June its plans for a round of venture capital financing to actuate its plan to harvest energy from Earth’s magnetosphere – more on that story here.