One’s a guitar synth machine, while the other’s an ’80s-inspired tape reverse simulator.

EHX has introduced two new pedals: the Mono Synth and Attack Decay. The former provides you with 11 guitar synth options, while the latter’s a modern take on the brand’s famed 1980 Attack Decay stompbox. Here’s a closer look: 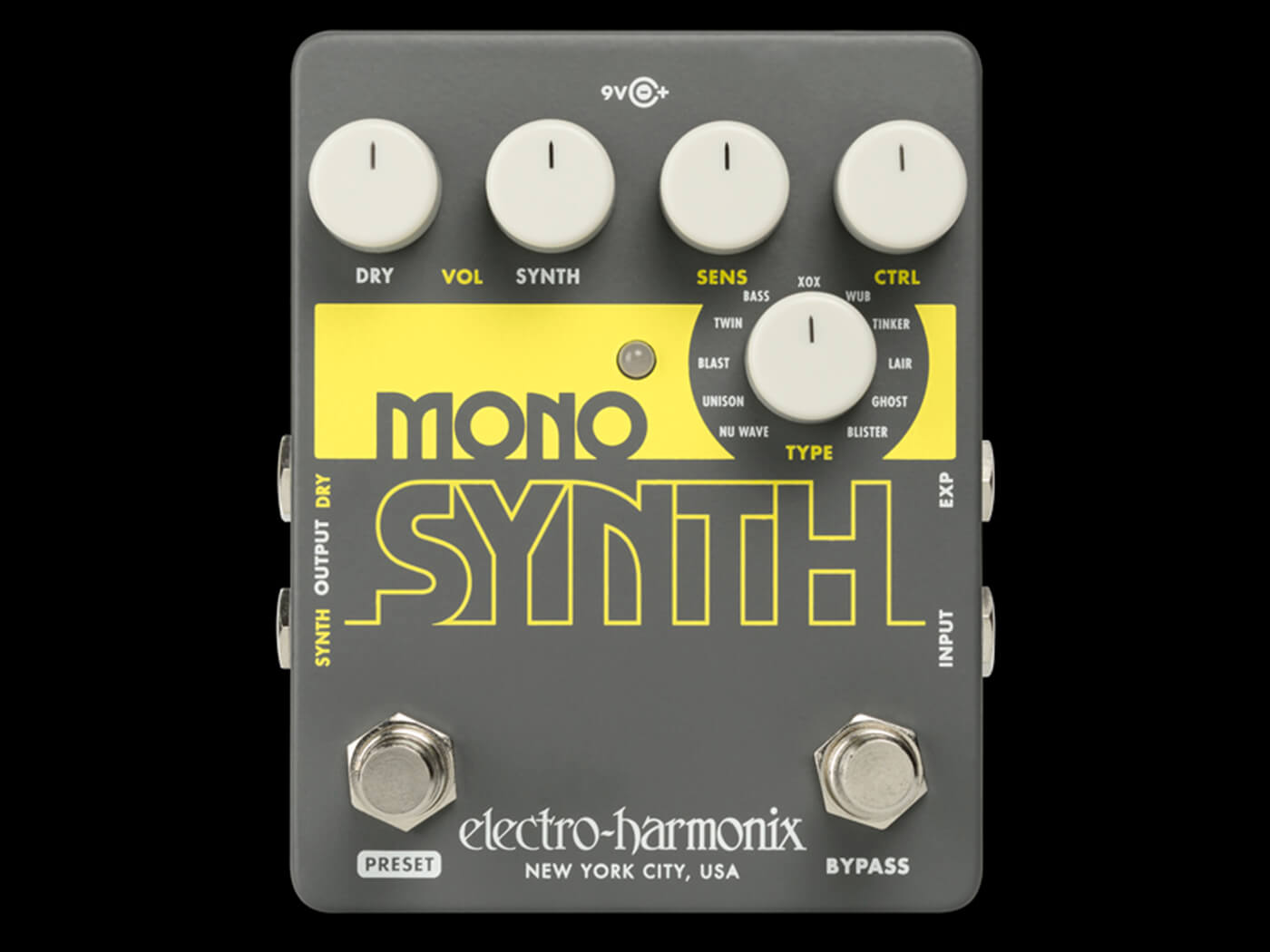 Heading straight into the pedal’s controls, you’ll find a Type knob that lets you cycle through the 11 presets, ranging from Blast to Blister. You can then modify a key parameter in the selected preset via a Ctrl knob – this varies between each preset. The pedal also features an expression pedal input so you can control a parameter in real-time.

The mix can be tweaked by adjusting the Dry and Synth knobs together – these control the dry guitar signal and synth volume at the output, respectively. And in terms of tone refinement, you can adjust the Sens knob – short for sensitivity – to modify pedal’s responsiveness to your playing style.

Finally, the Bass Mono Synth features a Preset footswitch that lets you save and recall presets with the push of a button. 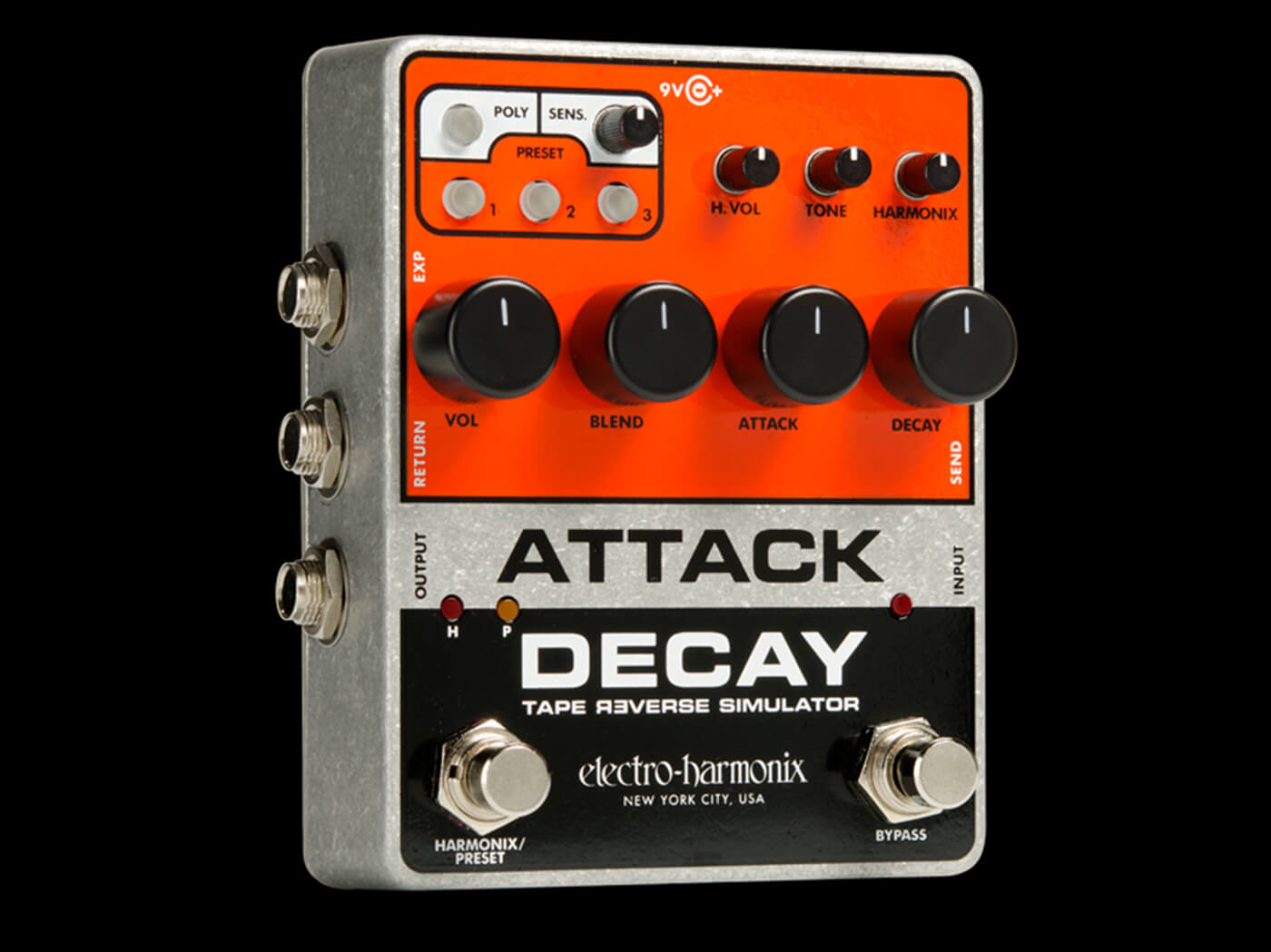 This pedal is a tape reverse simulator that’s based on EHX’s 1980 Attack Decay stompbox. It can produce a variety of sounds, including volume swells, reverse tape effects, artificially shortened staccato notes, and bowed instrument effects.

The Attack Delay has two main modes: Mono and Poly. The former lets you produce a single volume envelope that’s similar to the 1980’s unit. The latter, on the other hand, gives every note a separate volume envelope, and can be engaged by pressing the Poly button. Additionally, the pedal features a built-in Harmonix fuzz that makes the effect a little hairier and produces bowed instrument sounds. This useful effect can be tweaked via dedicated volume, gain and tone controls.