The prophecy range is back. 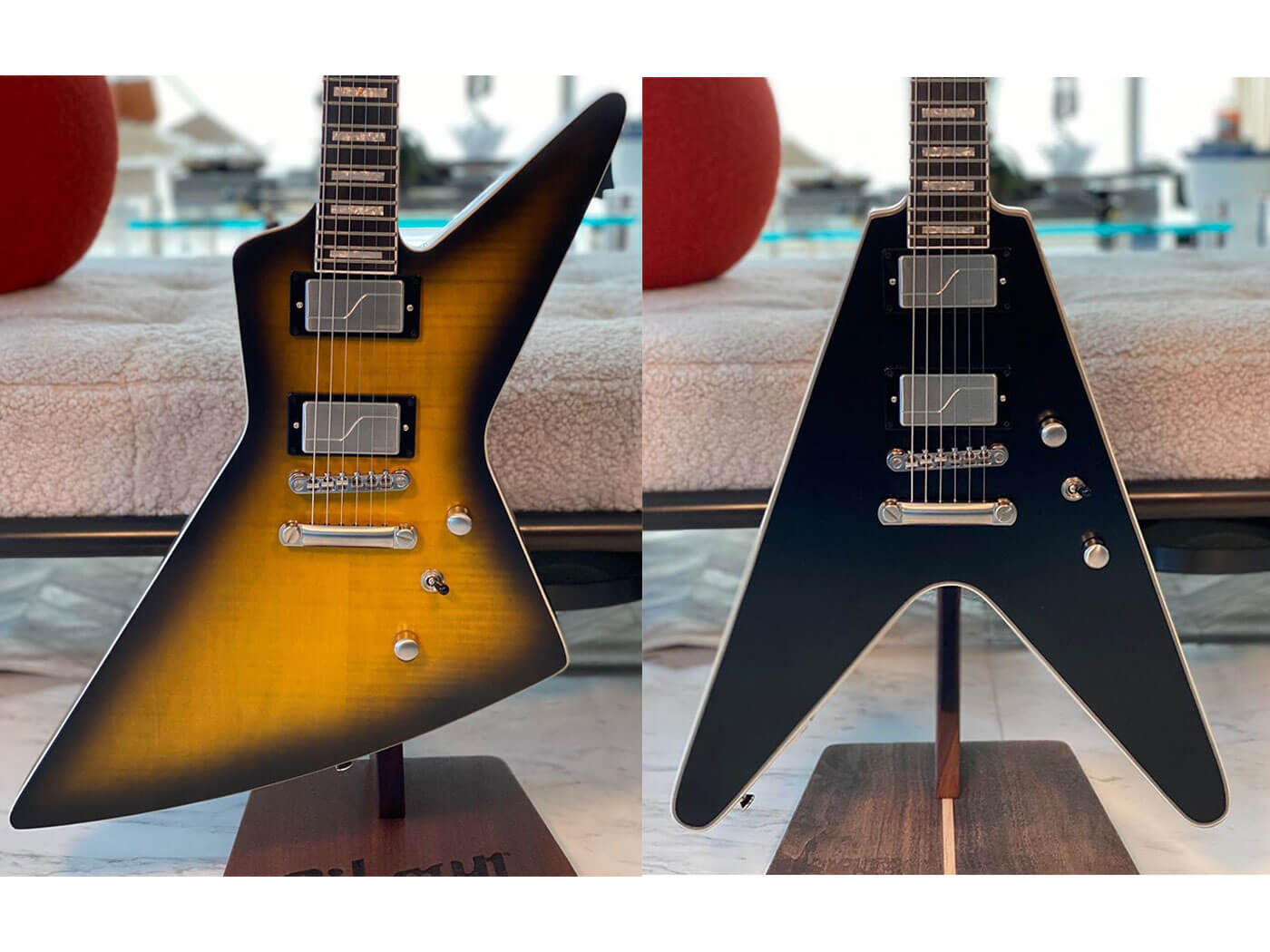 Epiphone has, as you most likely already know, staged quite the comeback for 2020. The Inspired By Gibson range impressed both at NAMM and on the review front, and the brand doesn’t look like it’s going to let that momentum dissipate. Gibson’s CMO Cesar Gueikian has taken to Instagram to tease two new metal-focused Epiphone models.

The guitars feature the brands pointiest (and therefore heaviest) shapes, the Flying V and Explorer. The Flying V features a black finish, while the Explorer has a Sunburst – both have white binding, block inlays and a pickguard-less design. Notably, for the pickups, both are loaded with Fishman Fluence pickups – high-output, modern humbuckers which until these, haven’t come as standard in any Gibson or Epiphone models. Take a look:

The guitars are part of the Prophecy range, first launched by Epihone all the way back in 2008, often featuring high-output pickups and dark finishes. Cesar put the new metal axes to the grindstone in an Instagram video, playing Metallica, Black Sabbath and Judas Priest riffs.

We don’t know when these models will arrive for purchase, or when they were originally intended to be revealed. It’s possible they were slated for a debut at the now-cancelled summer NAMM, but in any case, Epiphone’s comeback for 2020 looks to have added another string to its bow.