The new version is once again quite the collector’s item. 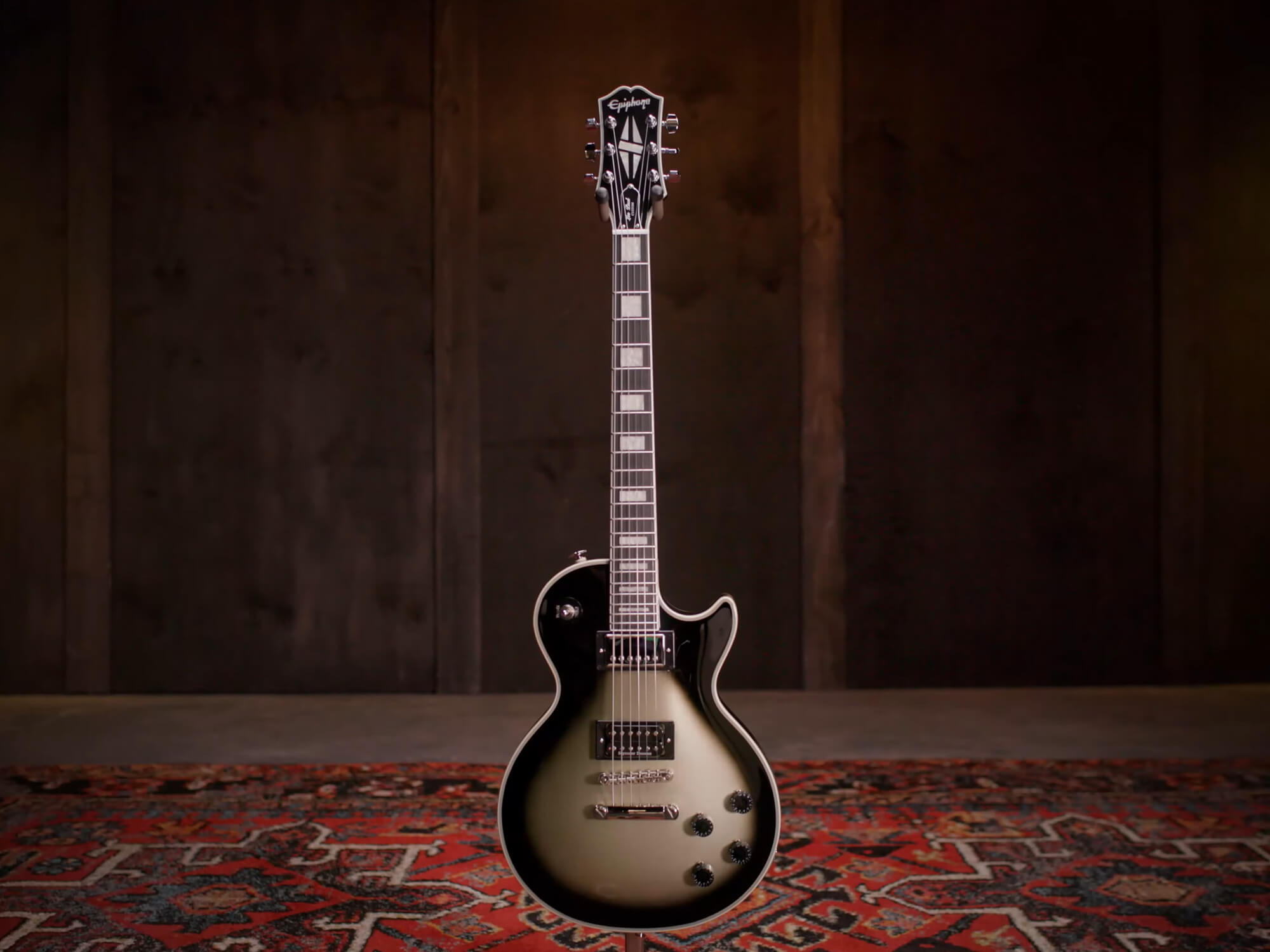 Tool guitarist Adam Jones’ collaboration with Gibson has been with us for more than two years now, and the Epiphone version has been anticipated for a good part of that. Now it’s finally here, although there’s more going on than just an affordable version of the Gibson guitar with a different headstock. There’s a full lineup of seven guitars on the way, all underneath the banner of the Adam Jones Les Paul Custom Art Collection.

Each model will feature a different design on their backs, done by five artists chosen by Jones. Only 800 will be made of each model, keeping in theme with the previous limited-edition Gibson Also reminiscent of the Gibson collaboration is the build and loadout of the guitar, based once more on Jones’ original 1979 Les Paul Custom. You’ve got a Seymour Duncan distortion in the bridge pickup, and a reversed, covered neck humbucker (this time an Epiphone ProBucker), and, of course, an Antique Silverburst finish.

Unsurprisingly given Tool’s attitude, Jones said of the collaborations’ visual approach: “When I think of art, I see both the visual and the aural as equally important, with one bolstering the other.”

The first guitar features Mark Ryden’s Veil Of Bees, seen below. Jones added of the piece: “Mark’s work is instantly recognizable, uniquely his own.” Adam says. “While he started in fine art, he has expanded into music and theatrical productions. What a perfect partner to kick off this series with.”

Check out the guitar in action with Epiphone’s launch video below.

Despite Epiphone’s reputation for more affordable instruments, the guitar still bears the hefty price tag of $1,299. And, given the limited-edition nature of the design and the precedent set by the Gibson Adam Jones Les Paul – expect that to rise on the used market.

Find out more over at epiphone.com.