Eventide releases its famed Blackhole reverb as a standalone pedal 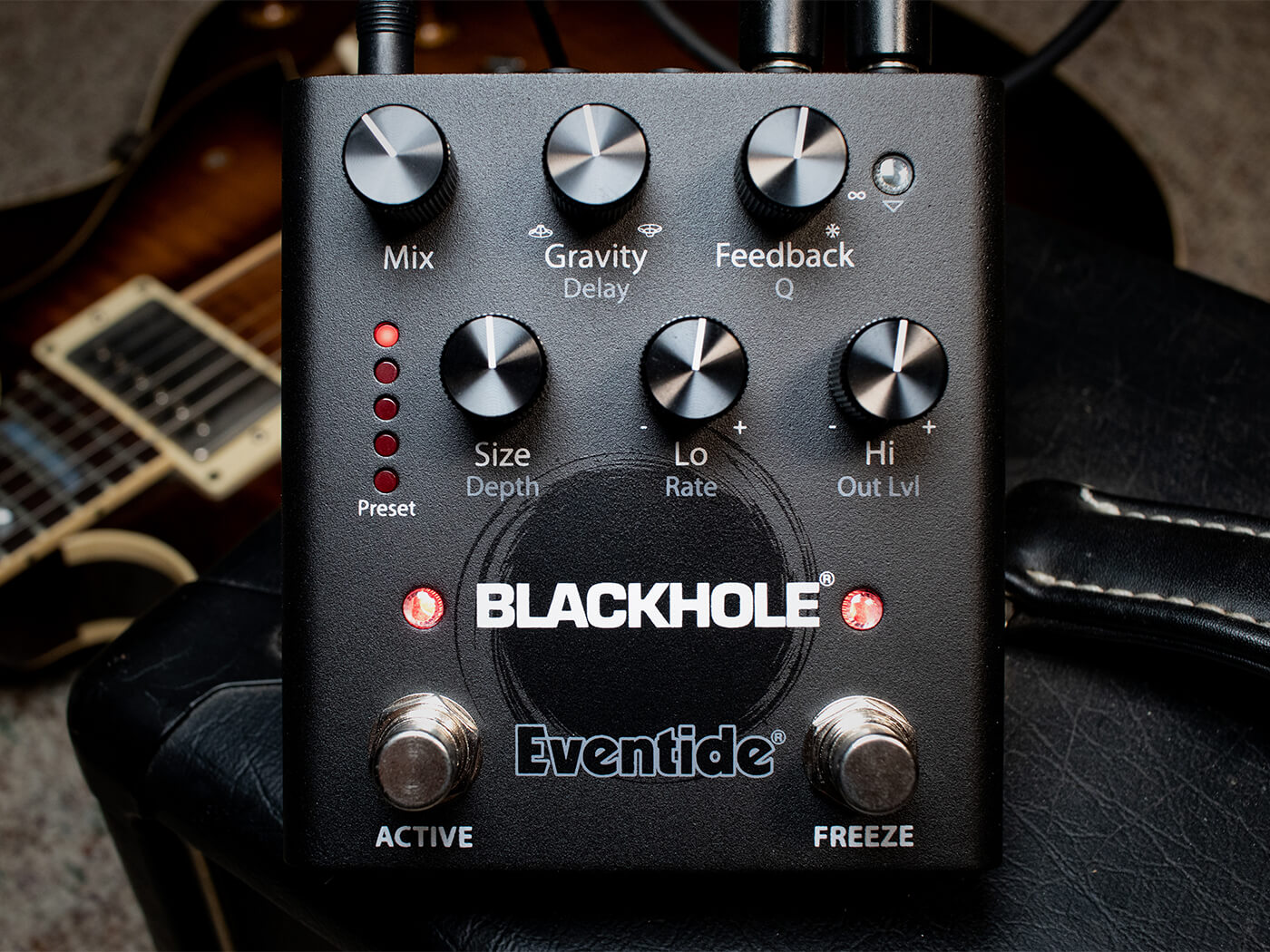 Eventide has launched the Blackhole pedal, a stompbox edition of its famed reverb algorithm.

The effect has been a regular inclusion on Eventide multi-effects processors since its introduction on the classic DSP4000. This standalone edition offers the depth of the original effect in a user-friendly package, with no more screens to contend with.

Like the original, you get to tailor-make your own reverb sound through a host of powerful controls.

The Size and Gravity knobs used together is an especially potent combination. The former lets you control the effect’s dimensions, while the latter sets the amount of normal or inverse decay on reverb tails. When used together, reverbs can go from ‘cartoonishly small’ to ‘limitless’.

Onboard are also two distinct ‘infinite reverb’ modes which you can trigger via footswitch. Freeze lets you hold the effect indefinitely, and jam over an everlasting tail. Meanwhile, Infinite Mode lets you cascade effects atop each other for increasingly dreamy results.

The Blackhole pedal gives you five presets to play with, but with a MIDI controller, you can access a total of 127 on the fly. While in a preset, Catch-Up mode also be switched on to avoid abrupt changes in sound when tweaking parameters.

Connecting an external expression controller opens the Blackhole to greater performance options. You can assign a foot expression to the Mix control for mid-performance blending, or even to the Feedback knob for sudden bursts of self-oscillation.

Take a listen to Eventide’s demo of the Blackhole in action below:

The Eventide Blackhole is available now for $279.