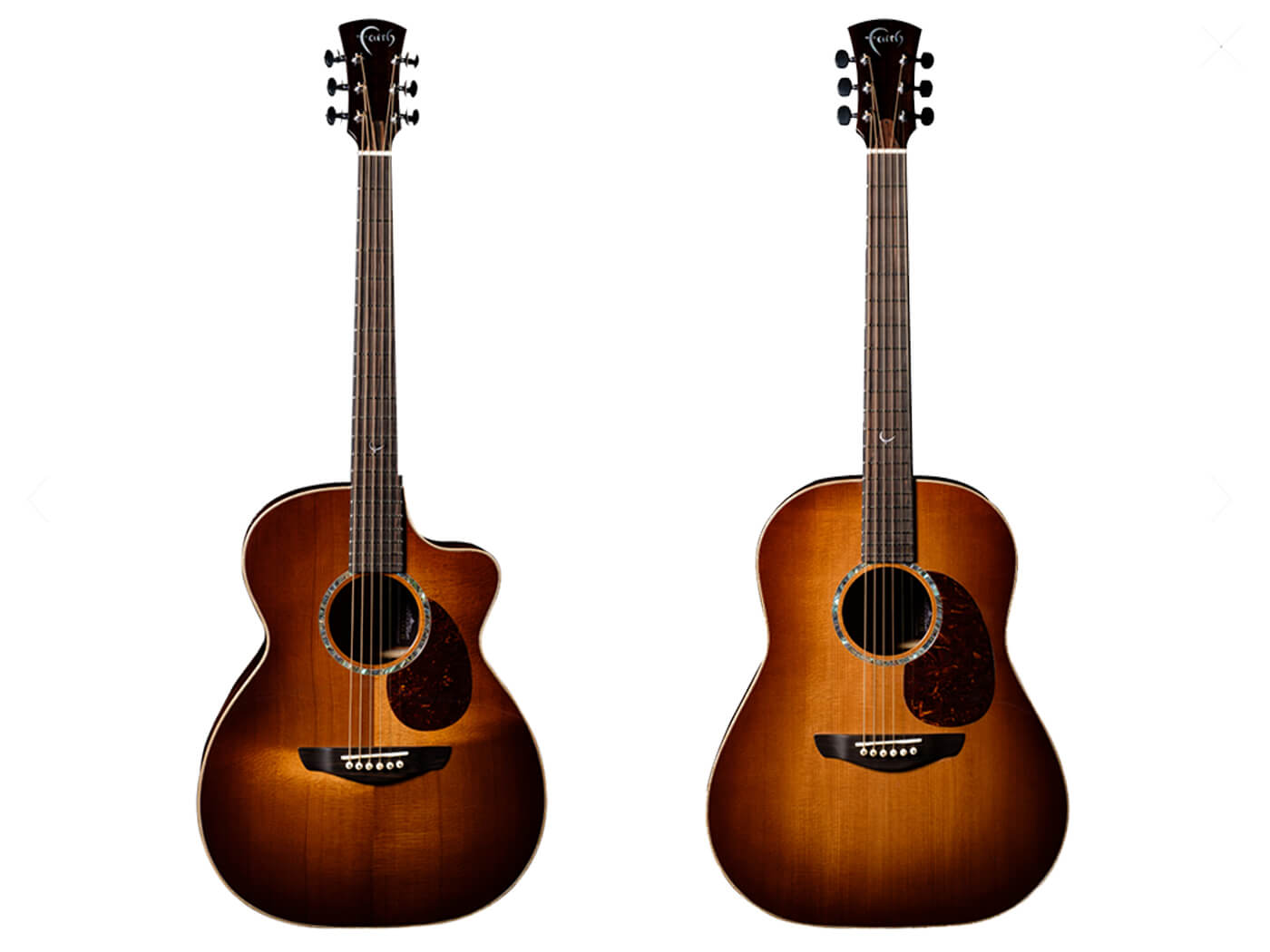 The series comprises two models: the Monarch Earth, an OM Cutaway model with a mid-range frequency focus, and the Monarch Mars Drop-Dreadnought, which is said to offer “great volume across the frequency range.”

Both models feature bodies combining torrefied Sitka spruce for tops and Khaya mahogany for backs and sides. The use of the kiln-aged spruce in particular, is said to produce a more stable and rich timbre. According to the company, this mellow and mature tone would take “perhaps 20 years of waiting to achieve under normal circumstances.”

Paired with those bodies are Java mahogany necks with Macassan figured ebony fingerboards, adorned with mother of pearl inlays at the 12th fret.

The guitars also feature bespoke hand-applied burst finishes by Eggle, who achieves the guitars’ subtle burst finish by hand and by eye. Finally, each model is finished in multiple coats of nitro-cellulose lacquer – which allows the guitars’ tonewoods to “breathe” and age over time attractively.

Other premium appointments on these models include celluloid tortoiseshell pickguards and specially commissioned Gotoh 301 tuning machines adorned with the builder’s PJE monogram and natural bone nuts, saddles and bridge pins.

One of each of these super-limited guitars has been released for June 2020, with another pair scheduled for availability “a little later this summer.”

Both the Monarch Earth and Monarch Mars Drop-Dreadnought come with a hard case and are priced at £3,292. Take a look at Faith Guitars’ team building the Monarch models below.

Learn more about the Monarch Series at faithguitars.com