Fender announces three acoustic amplifiers with onboard effects and more

Featuring two identical channels for both instrument and microphone use. 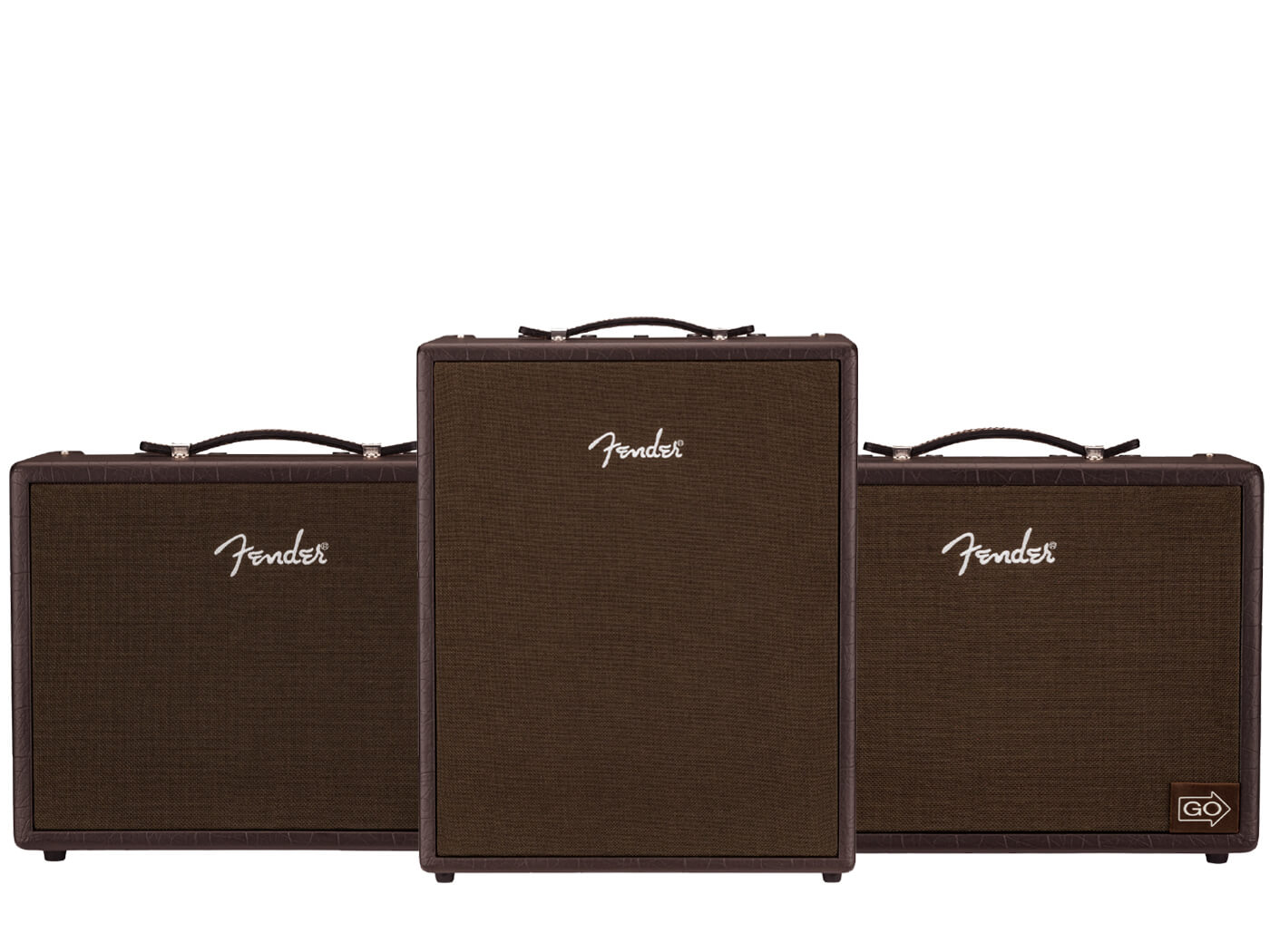 Focused on performance, the Acoustic Junior offers two channels for both instrument and microphone use. It supplies 100 watts of output power, and is equipped with an eight-inch cloth-surround speaker with hi-fi compression tweeter.

Both channels enjoy their own three-band EQ and a selection of built-in effects, of which there are eight to choose from. These include room and hall reverbs, echo, delay, chorus, vibratone, and pairings of delay plus chorus and delay plus reverb.

This amplifier has an onboard 60-second looper with overdub and undo functions. If you’d rather play backing tracks (or intermission music) from an external device, however, there’s also Bluetooth wireless audio streaming and an aux input.

Other notable features on the amp include two XLR outputs and a USB jack for audio recording.

The Acoustic Junior Go is the battery-loaded version of the amplifier and packs all the same features plus a rechargeable battery for 5 hours of full volume play, or 12 hours of moderate volume play.

This 2×100 watt amplifier features a combination of an eight-inch speaker, a compression tweeter and a six-inch side-firing SFX (Stereo Field Expansion) speaker. The last lends to the amp’s enhanced acoustic projection and onboard effects – allowing stereo dimension to be experienced “anywhere in the room”.

Sharing most features with the Acoustic Junior, this amplifier also offers two identical channels for either instrument or microphone and a host of performance-centric features, including a 60-second looper, Bluetooth connectivity, eight onboard effects and more.