Fender to push ‘full steam’ into effects in 2023: “We have some cool stuff coming towards the middle or end of the year”

“There’s always your basic pedals but I think people are enjoying all of the really out-there kind of effects.” 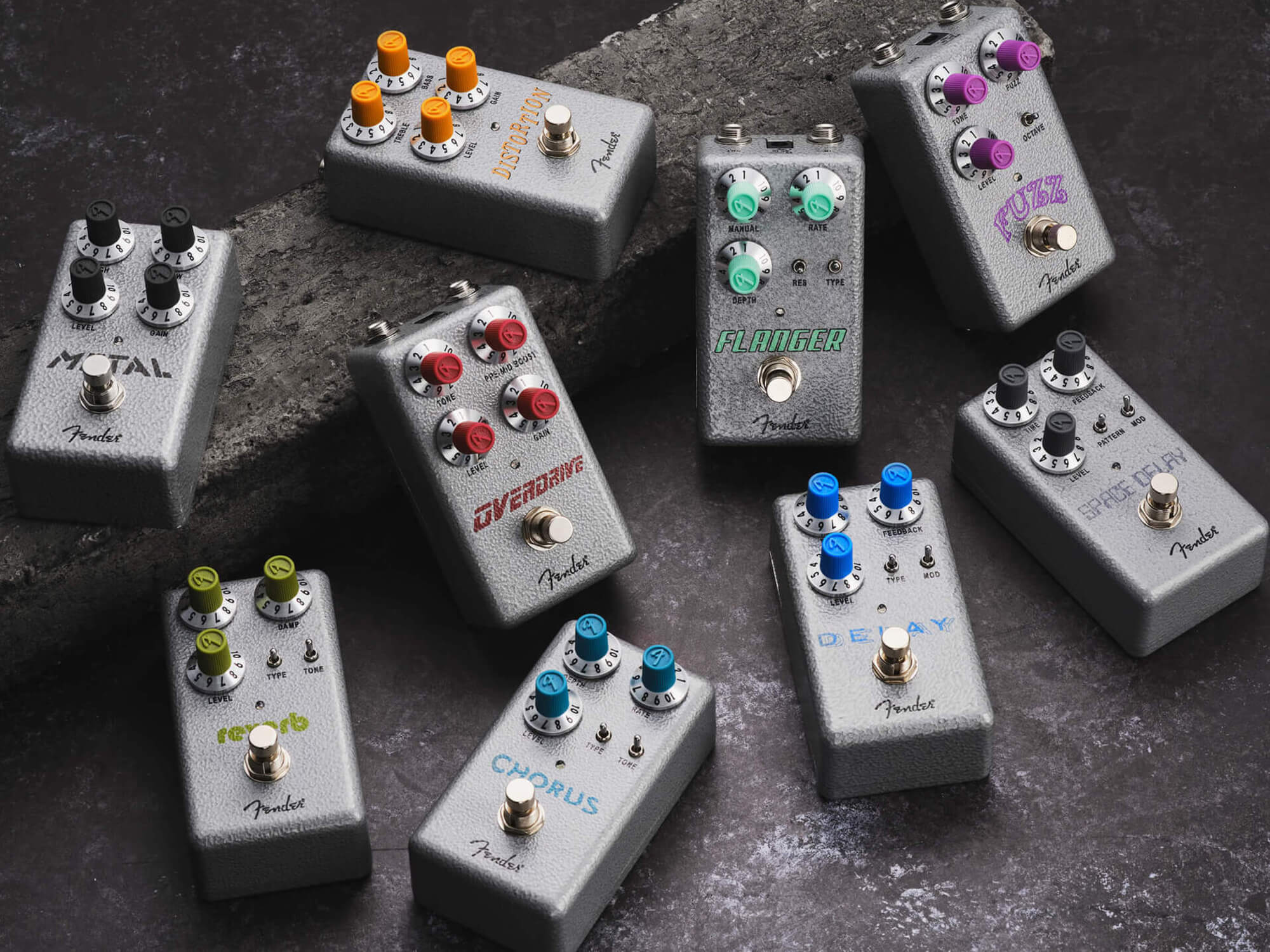 2023 will see Fender going “full steam” into the effects space, according to Justin Norvell, Executive VP Of Fender Products.

Speaking to Music Radar in a recent conversation, the Fender executive affirms the brand’s commitment to the development of effects pedals, a market the guitar giant has been making a serious play for with its 2022 releases.

“I think that we’ve been mindful as we’ve started and have entered that market of making sure that the bases were recovered,” Norvell says. “The Hammertones have done great, making an affordable line of pedals that are still designed by Stan Cotey, the same guy who designed the higher end pedals that we did.”

“Pedals are very important to us, and we have some cool stuff coming towards the middle or end of the year that I think will be really, really cool for everybody to check out. And it’s the next natural evolution for us as we move forward.”

Calling effects an area that’s “leading the industry in terms of innovation and forward momentum”, Norvell spoke of how sonic advancements can open up a whole new world of possibilities both musically and culturally.

“So these sonic advancements can completely bring about new genres and new cultural movements really, to not be so grandiose about a pedal or an amplifier, but that’s really the opening of possibilities that exist there.”

Elsewhere in the interview, Norvell also shared that Fender will be focusing on expanding its digital amp offerings in 2023, saying “we feel that the digital space is where most of the innovation and the future of a lot of amplification is.”

“It’s probably a little early to really lean into it but just there’s more to come on our Tone Master platform later in the year, and it’ll be great.”