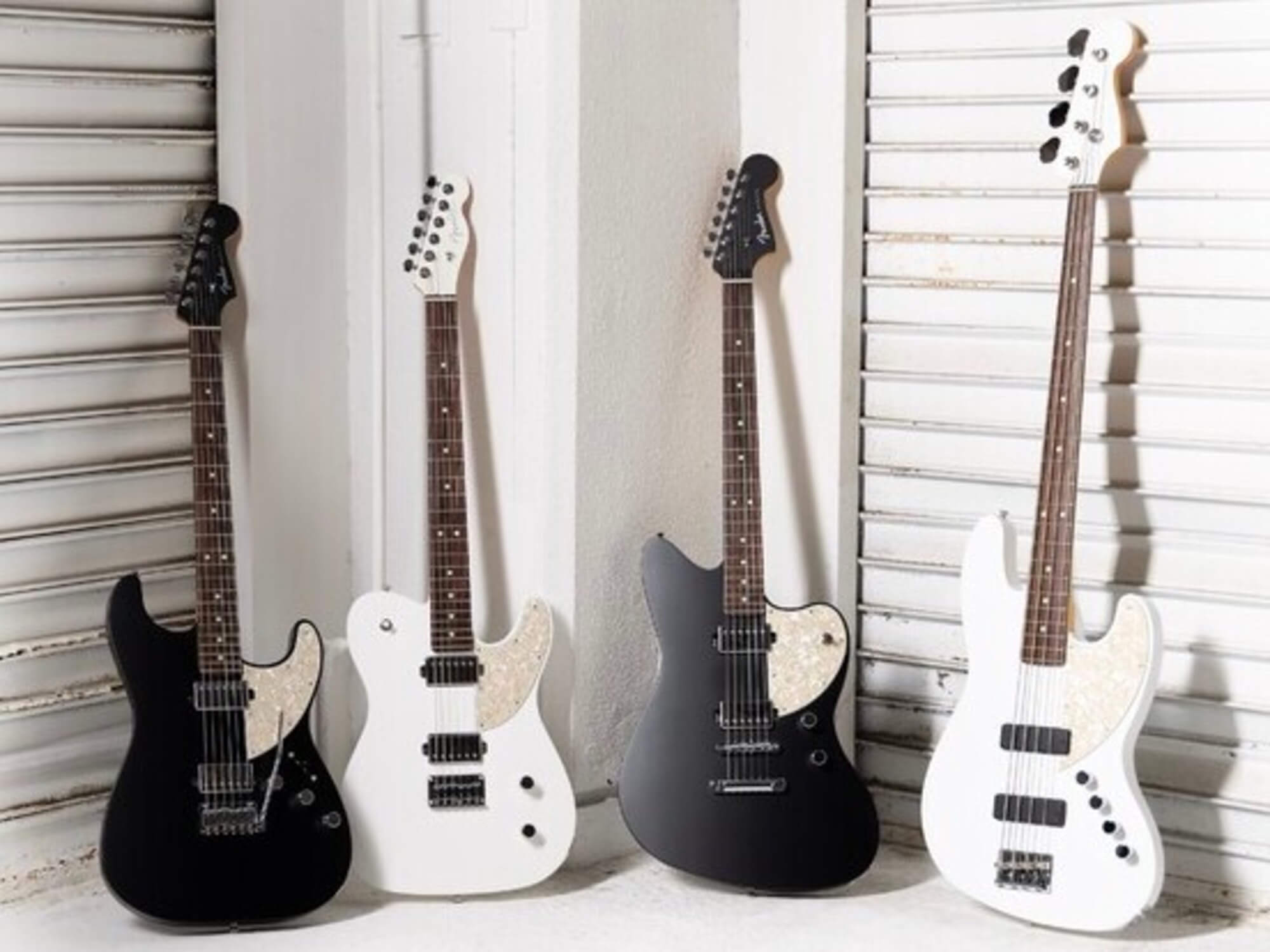 Designed to meet the demands of modern players, the Elemental Series lineup features a Jazzmaster, Telecaster, Stratocaster guitar, as well as a Jazz Bass.

Foremost, all of the guitars come equipped with Modern Modified humbuckers and a 3-way coil-splitting switch. They sport a 12”-radius rosewood fingerboard, medium jumbo frets, and a “C” to “D” compound neck that allow for comfortable playing. The guitar models also feature a contoured neck heel — the kind typically available only on Fender’s high-end American Ultra Series.

In terms of hardware, players will get an Adjusto-Matic bridge with anchored tailpiece on the Jazzmaster, a six-saddle hardtail on the Tele, and a two-point Deluxe Synchronized tremolo with pop-in arm on the Strat. The Jazz Bass, on the other hand, arrives with a HiMass Vintage bridge, four controls for master volume with push/pull, pickup selector, treble boost, and a bass boost.

Features aside, all models in the series are available in two beautiful satin finishes, Stone Black, and Nimbus White. Those finishes are accompanied by matching headstocks and an all-new, compact pickguard shape that adds to the Elemental Series’ sleek vibe. Given that the series is inspired by the ‘elements’, players can expect more colour variations down the line, says Fender. Fingers crossed for a fire red or aqua blue model.

Each instrument is available for a price of ¥170,500, which translates to around $1,244 (you’d even get a gigbag!) — more than reasonable, we’d say, than a lot of Fender’s high-spec performance models.

And in true Fender fashion, such a cool release is, again, only limited to the Japanese market. In the meantime, you can window shop the Elemental Series at fender.com