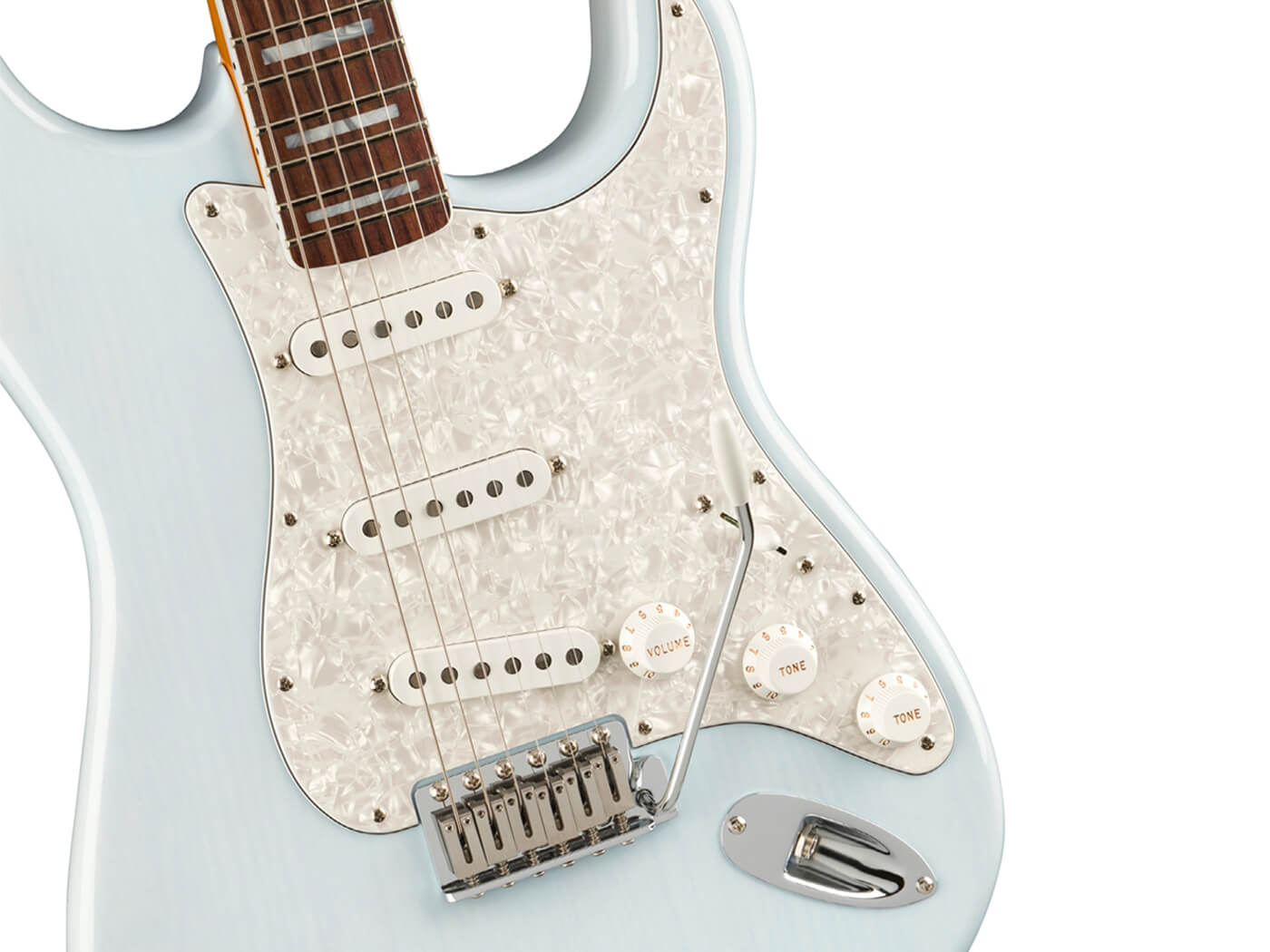 In this year’s edition, this Stratocaster features a chambered ash body, paired with an early ‘60s C-shaped maple neck with a bound rosewood fingerboard and 21 jumbo frets. The guitar sports a transparent faded Sonic Blue nitro lacquer finish, and has a matching painted headstock as well.

The guitar’s three Stratocaster single coil pickups were custom spec’d to Kenny Wayne Shepherd’s playing style, and are said to deliver “punchy and full-throated Strat tones”. These are controlled via a familiar Stratocaster setup, which consists of a master volume, two tone pots and a five-way pickup selector.

This guitar also features updated vintage-style hardware finished in either nickel or chrome, and has a six-point synchronised tremolo bridge with Graph Tech saddles, as well as vintage-style tuning machines.

Over Facebook, Shepherd teased that a follow up announcement of a ‘launch package’ for the guitar will happen this Thursday (20 August). He also hinted at the chance for fans to take home a model from “Kenny’s personal collection”.

Thursday afternoon we will announce the KWS Signature Series Stratocaster LAUNCH Package..Would you like to have one from Kenny's personal collection?

The Kenny Wayne Shepherd Signature Stratocaster is priced at $1,999, and comes with a deluxe hardshell case.