First announced back in January, Fender has today lauched its newest and most affordable range of effects pedals. The Hammertone pedals span a range of effects – delay, distortion, overdrive, reverb, fuzz and more.

All of the new Hammertone pedals feature true-bypass switching, top-mounted jacks and witch-hat-style chrome-rimmed control knobs. They all also feature very descriptive names, and some demo videos from Fender to give you an audio taste of what they sound like. check out the Fuzz, Overdrive, Distortion and Metal pedals below.

And the Reverb, Delay and Space Delay:

And finally the Chorus and the Flanger. Full details of each pedal follow the below demo. Find out more over at fender.com. 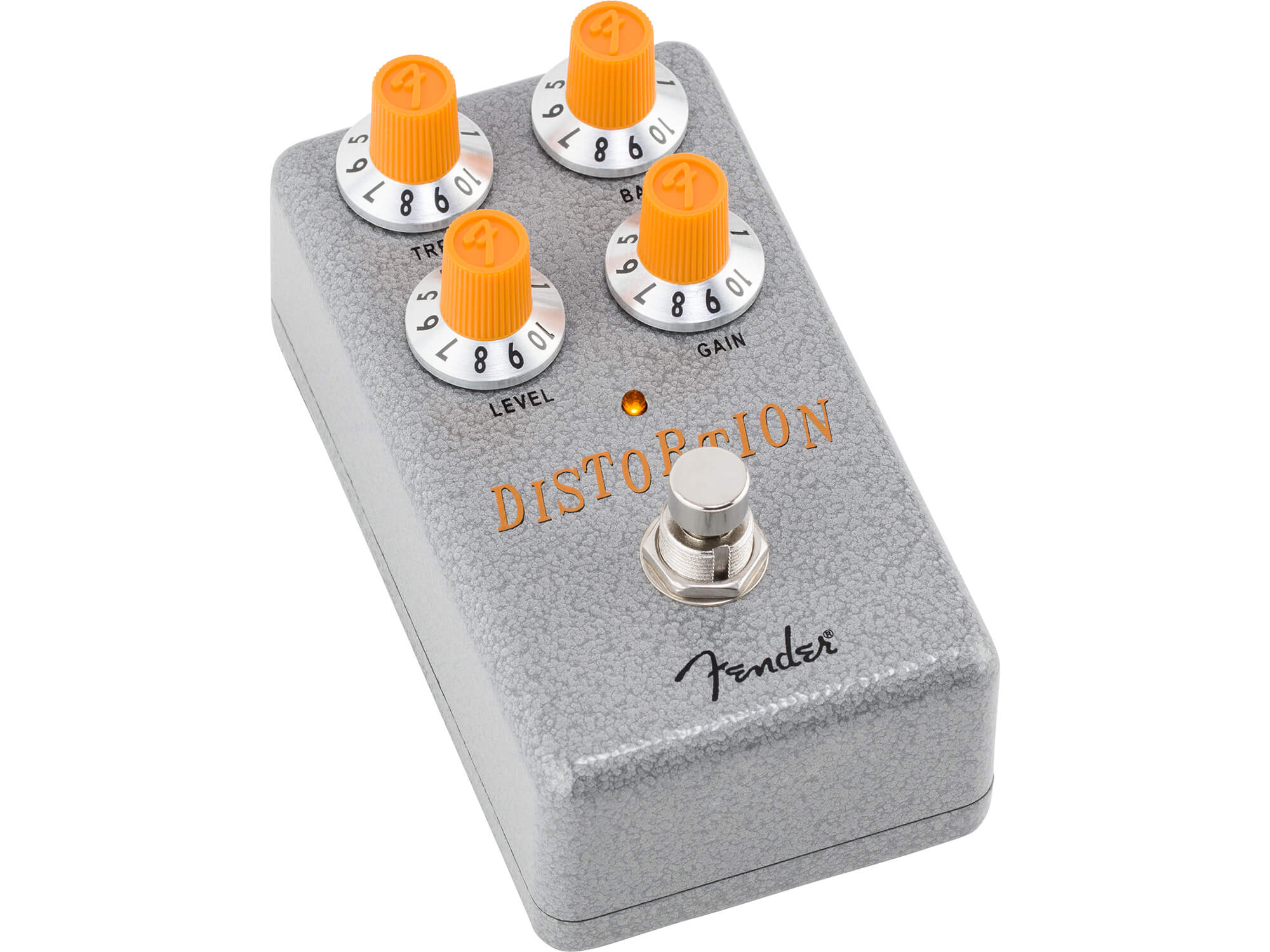 A newly-designed analogue distortion circuit, with level and gain control as well as an active two-band EQ section. Fender notes that it can range from a light drive to a heavy crunch, and the active nature of the EQ should mean a lot of tone-shaping possibilities. 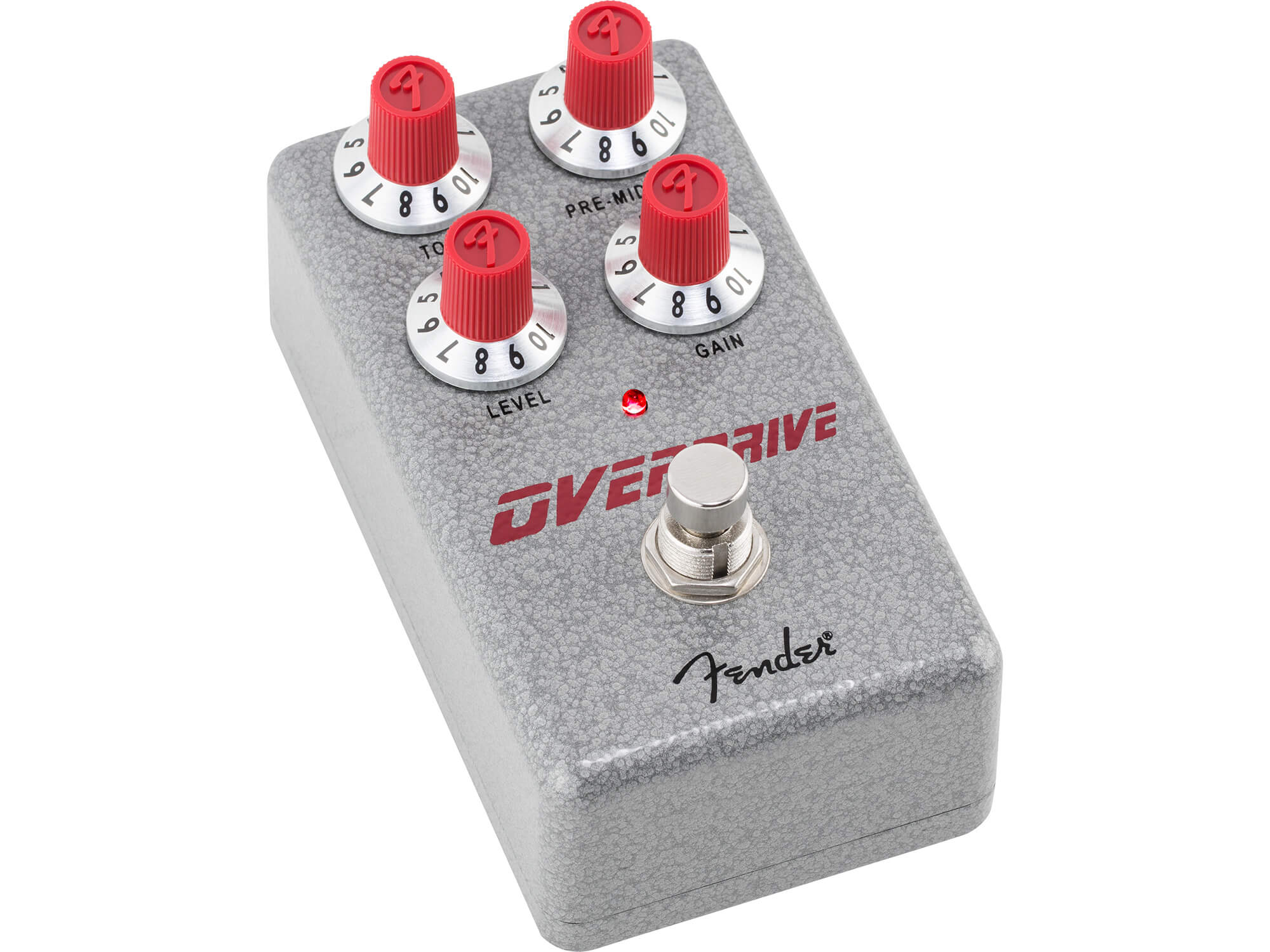 A newly-designed analogue overdrive circuit, with familiar controls for level, gain and tone. Notably, there’s also a knob to control a pre-gain midrange boost – when cranked, this will help you cut through the mix, bringing articulation and crunch to your mids. 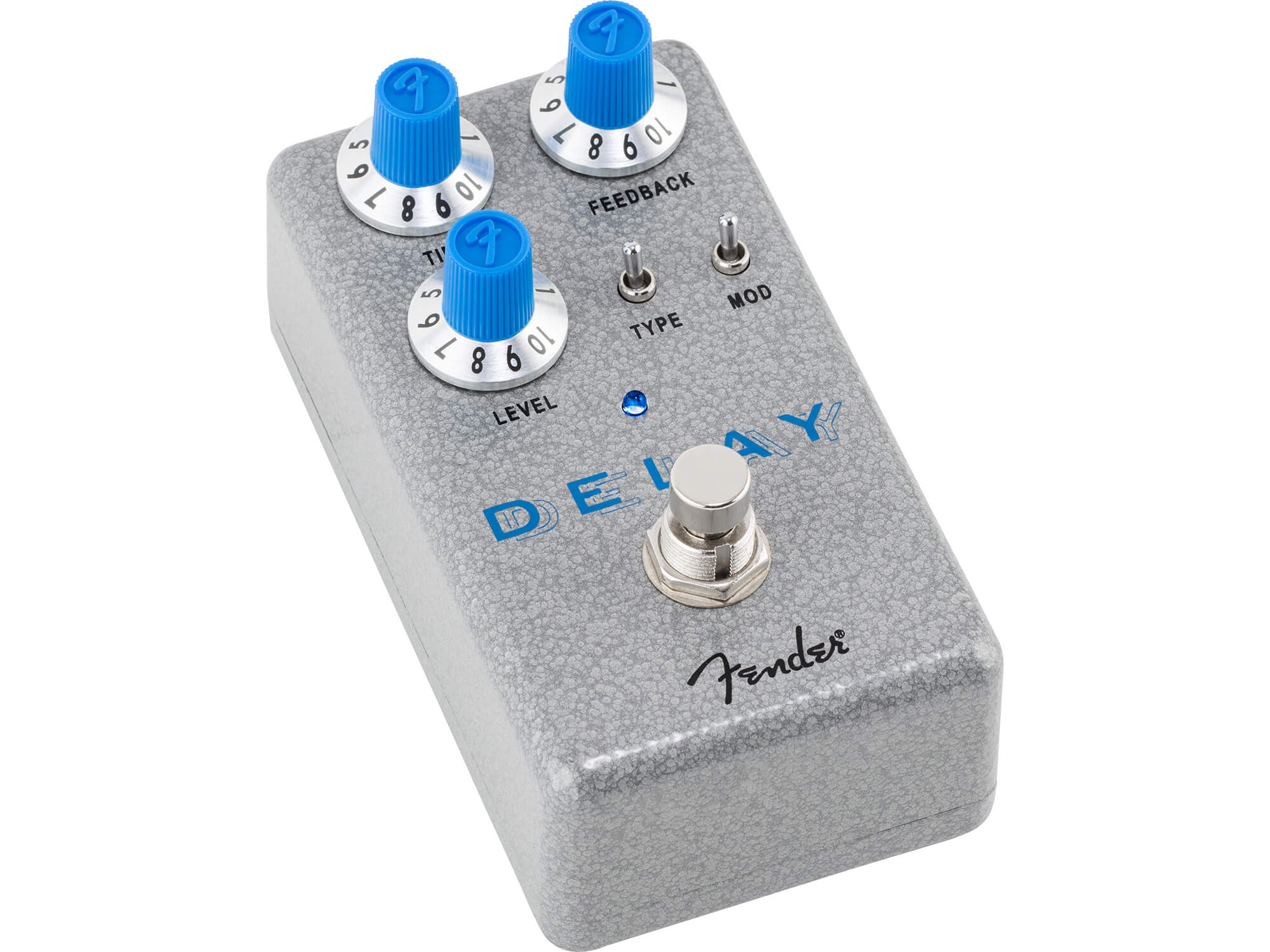 This delay pedal is digital, but does feature analogue dry-through – great if you’re using a compex wet/dry rig, or just want to retain the analogue nature of your dry signal. There are controls for delay mix, time and feedback, as well as two toggle switches to switch delay voices and engage modulation respectively. 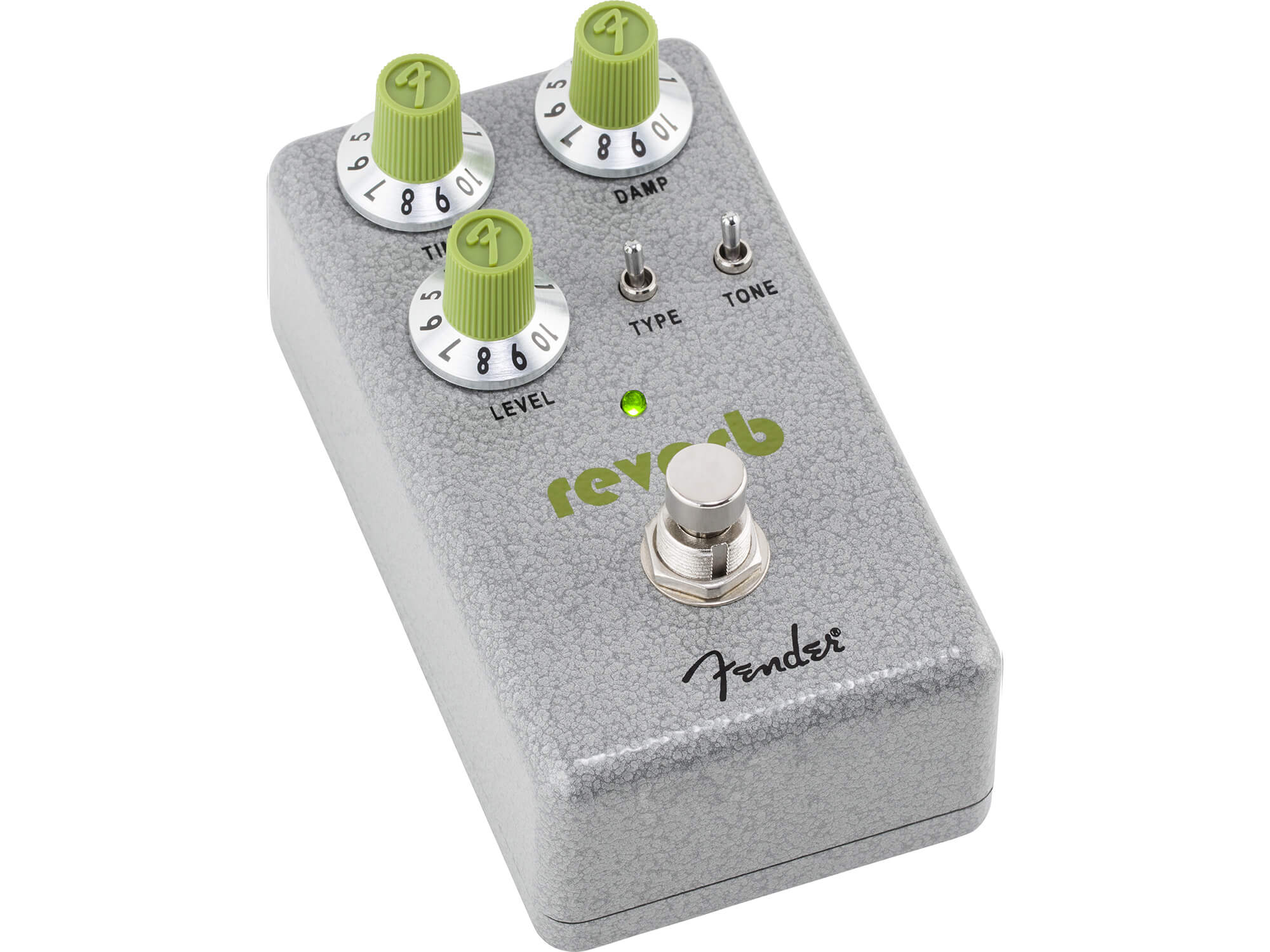 This digital reverb pedal has a simple control-set, but there’s a surprising range of sounds promised. There are three reverb algorithms: hall, room, and a modulated reverb. The type is selected with a toggle switch, while another switch adjusts the tonal character of the reverb. There are controls for reverb mix and time, as well as how dampened the effect is. 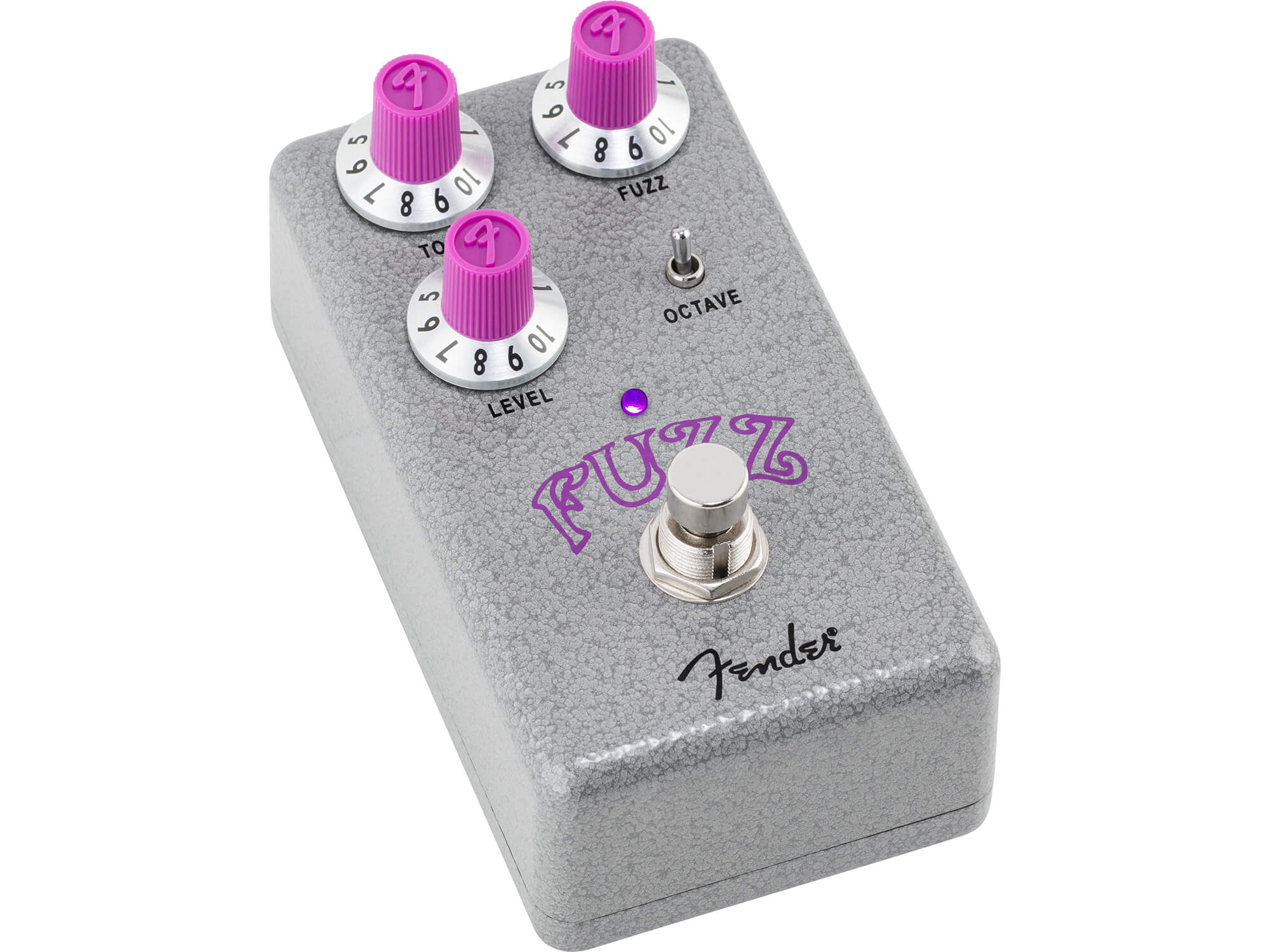 This fuzz pedal is a simple silicon-diode-based circuit, with a switchable octave mode for adding some dynamic texture to the sound. Controls should be familiar to any fuzz fan, with knobs for fuzz, tone and level. 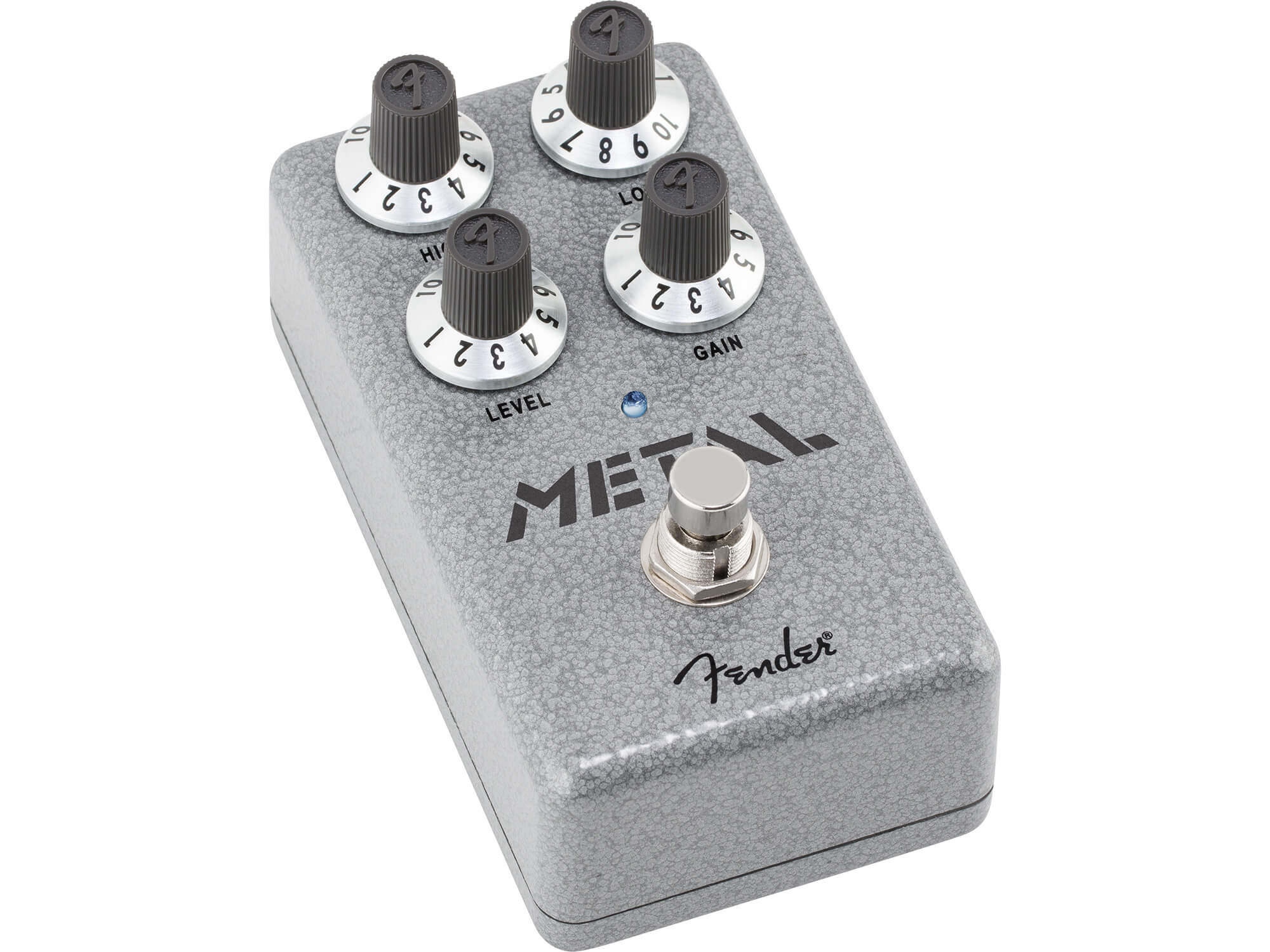 The Hammertone Metal promises “aggressive and dynamic distortion”, and offers a wide degree of control with an active two-band EQ alongside the level and gain controls. The high-gain character is characterised by Fender as “chunky”, but still one that will happily sit in a mix. 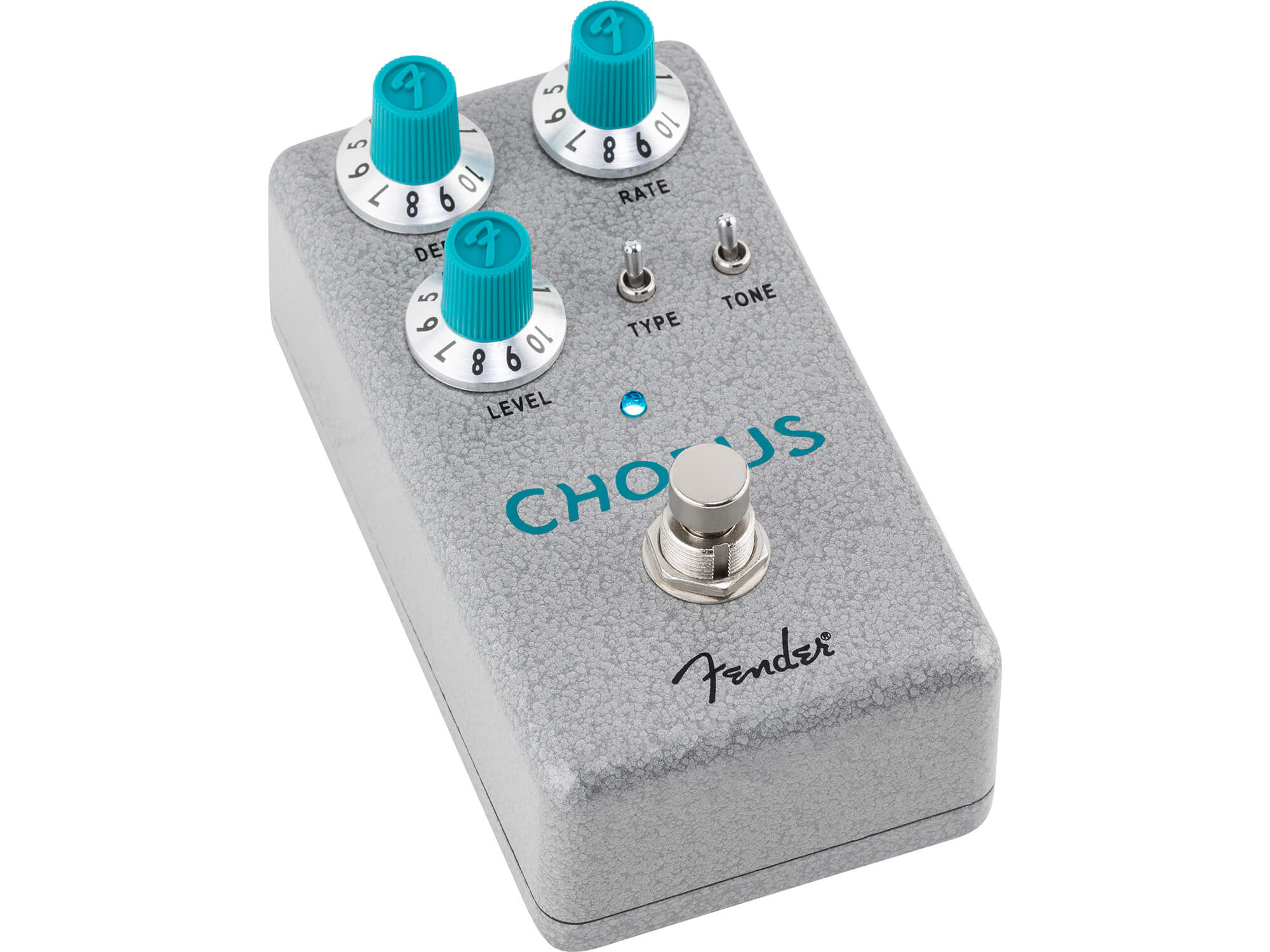 This chorus circuit has toggle switches to adjust its type and tone, as well as controls for depth, rate and level. The level control is an interesting addition – there’s no word yet on its operation, however, if it dials out your dry signal at maximum, there’s a chance this can double-up as a vibrato pedal. Otherwise, it’ll let you adjust the intensity of the chorus effect without adjusting the pitch modulation’s depth. 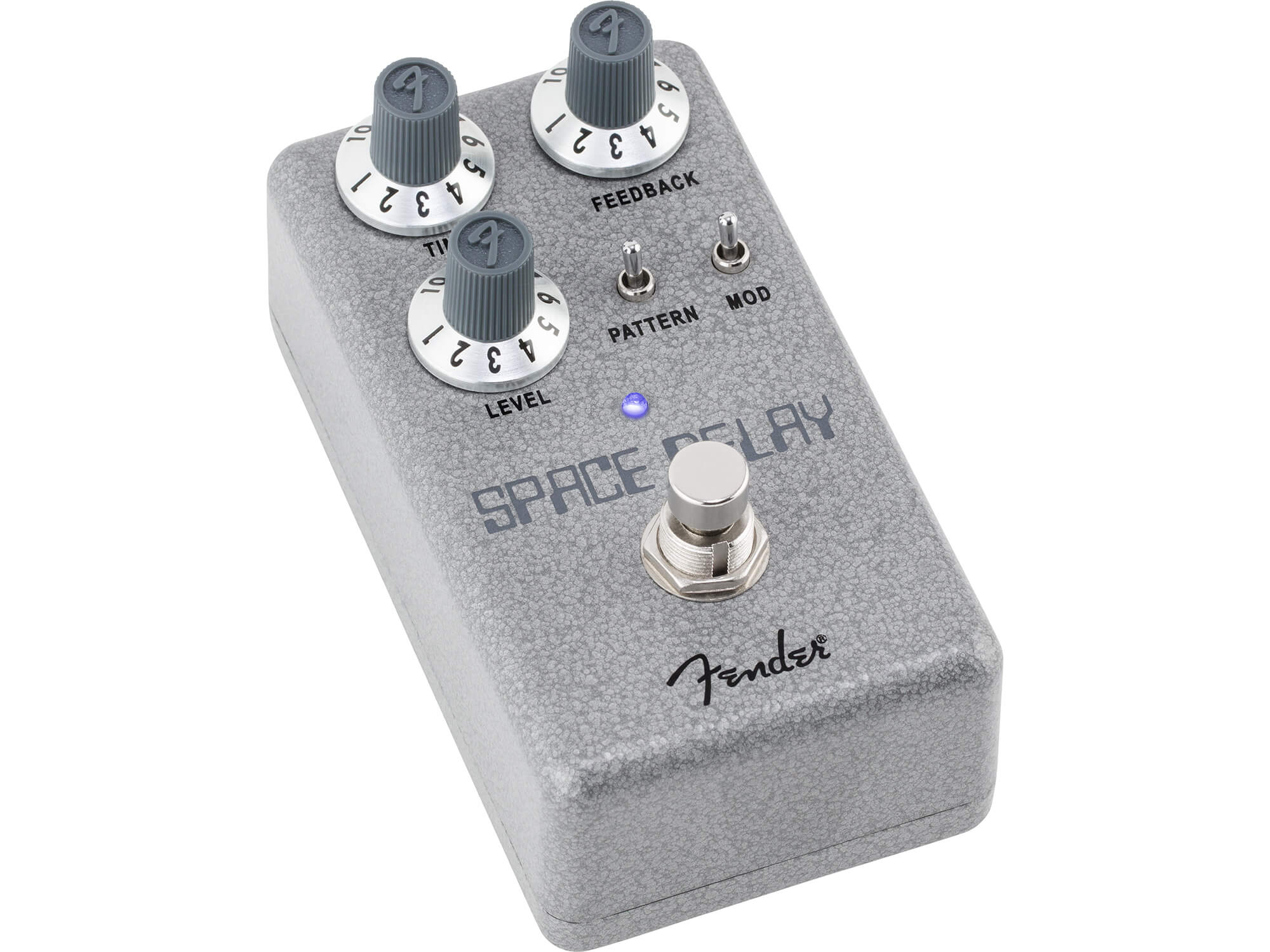 The Space Delay is aimed squarely at the ambient player, with multiple patterns and modulation modes. The character is voiced after that of a saturating tape delay – this usually means the highs and lows of the signal are attenuated, letting your delay signal sink into a background wash as opposed to stepping all over your playing. 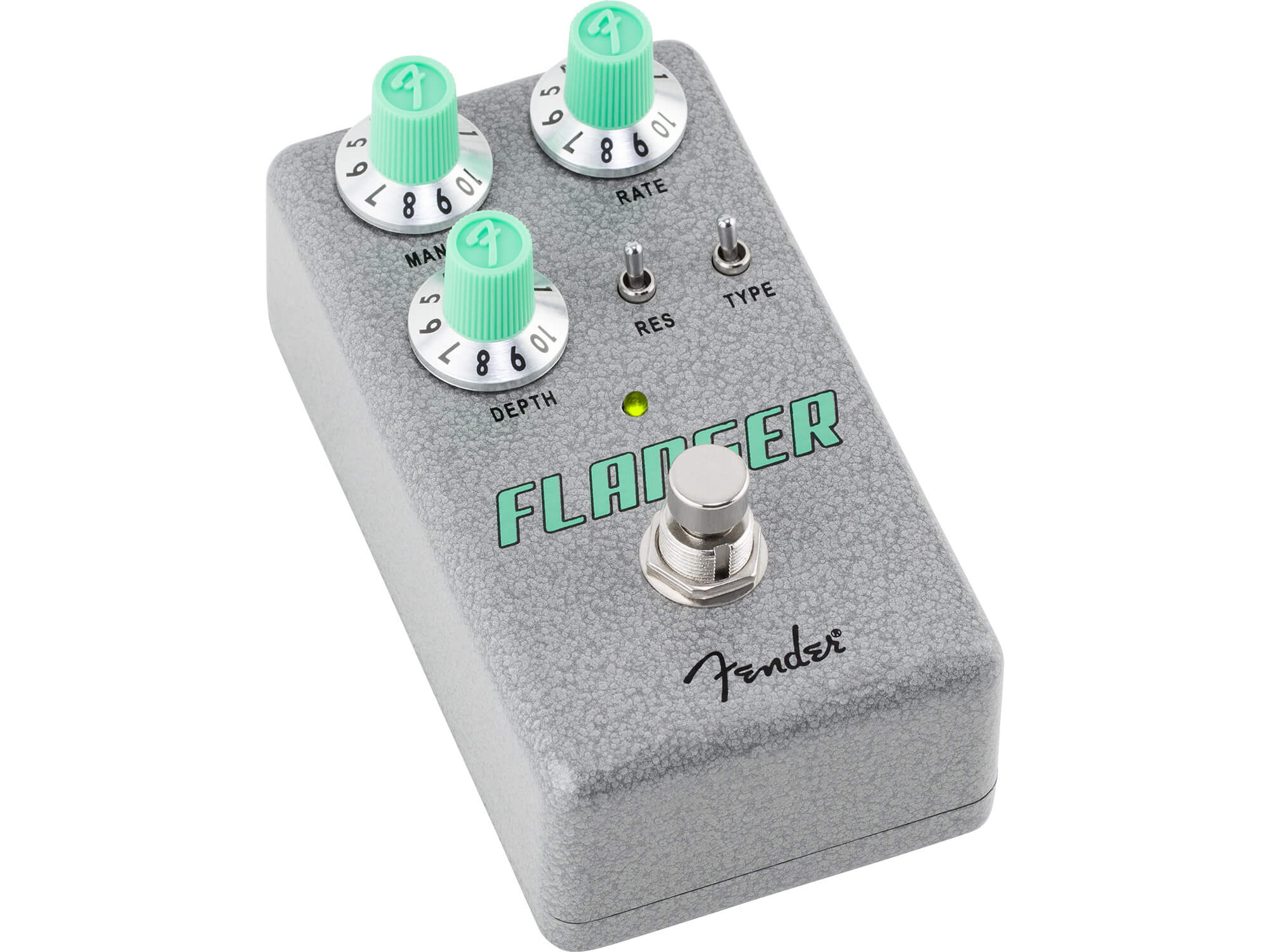 This flanger offers a range of sounds, with a type toggle switch alongside a resonance toggle switch to dial in the intensity of the ‘vocal’ aspect of the flanger. There are controls for rate and depth, as well as a Manual control, which lets you manually sweep the pedal’s filter about.