Unveiled at Summer NAMM, this sweet axe is now available. 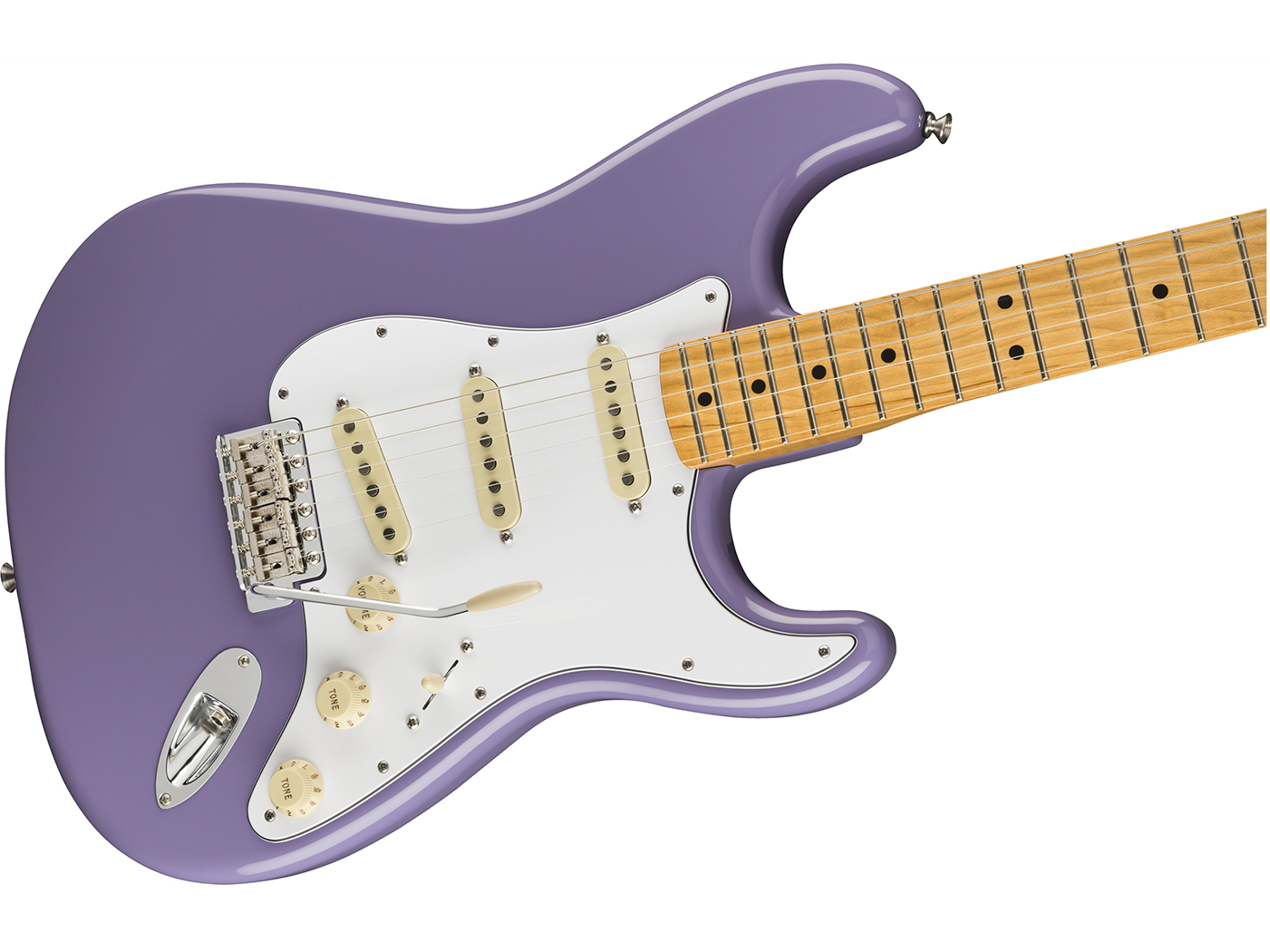 This is obviously not the first Hendrix signature to hit the market, and you can bet your bottom dollar it won’t be the last, either. It is, however, a sub-Custom Shop-priced Stratocaster with some “Voodoo Chile” flair.

It features a reverse headstock, which is a nod to Hendrix’s tendency to play a right-handed model “flipped-over”. To approximate his incendiary tone and distinctive style, the axe also has three reverse-mounted American Vintage ’65 single-coil pups. The bridge pickup is mounted at a reverse slant, “generating warm sound with enhanced upper harmonics and definition on the bass strings while adding girth to the treble strings”, Fender says.

Other Hendrix-themed appointments include an engraved neck plate and the man’s autograph on the headstock.

Apart from that, the guitar features standard Strat specs, including an alder body, maple neck and fingerboard, a “Master Volume” knob, two “Tone” controls and a five-position blade switch. The Jimi Hendrix Stratocaster is available in three finishes: Sunburst, Olympic White and a 2018 limited-edition Ultra Violet.