Based on the outlandish original, which culled together leftover 12-string guitar parts. 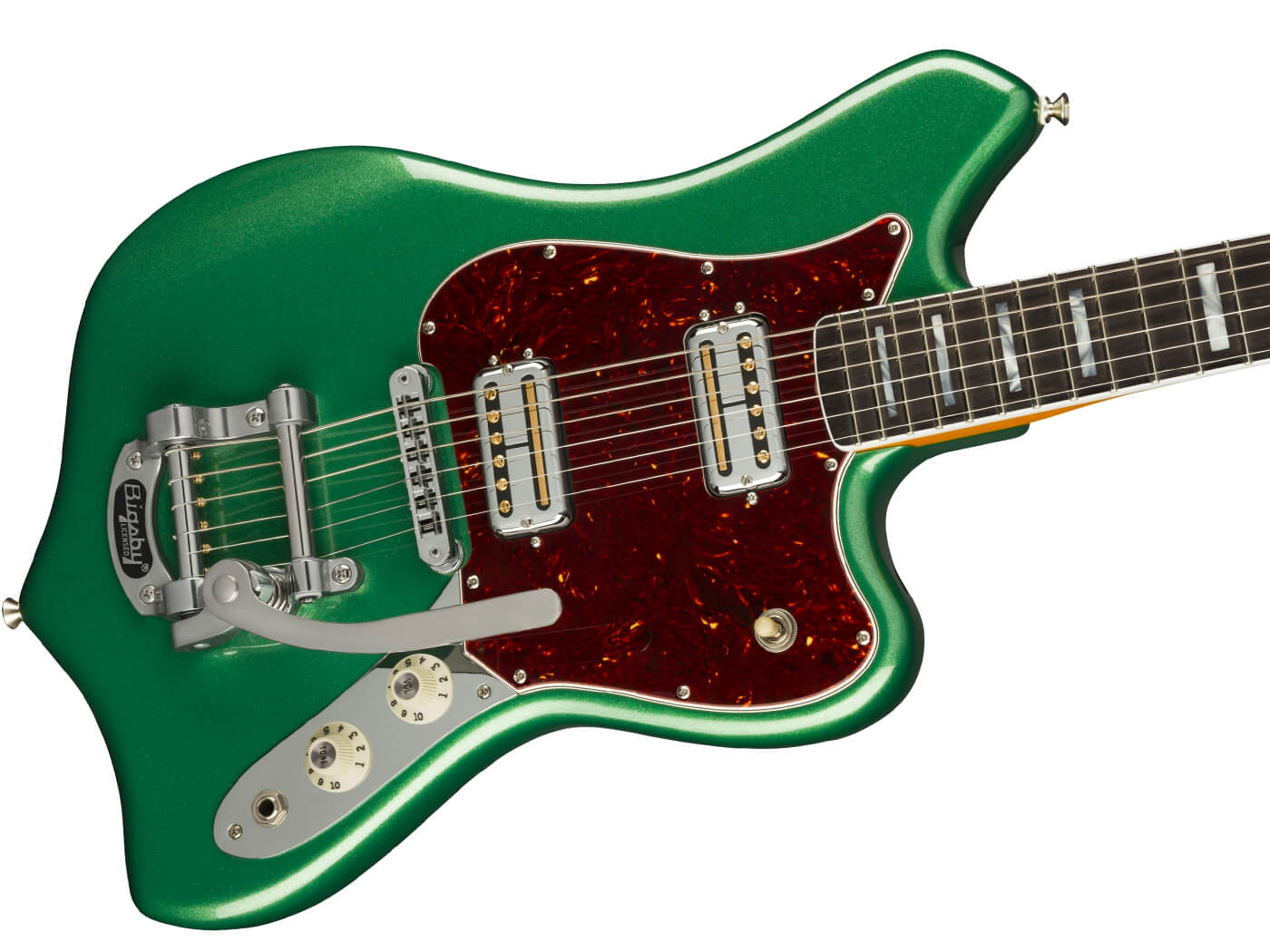 The Fender Maverick Dorado which was first introduced at this year’s NAMM has officially launched. This bold addition to the brand’s Parallel Universe series derives from one of the more outlandish guitar designs that Fender’s put out.

The original Maverick’s construction comprises “leftover 12-string necks, bodies and pickups” converted into a six-string electric guitar, this has led to the instrument being referred to simply as “the Custom”.

The Maverick Dorado makes some notable changes to the original, adding a set of Tim Shaw designed Filter’Tron humbuckers and a Bigsby vibrato system with Adjust-O-Matic bridge, in lieu of the originals’ Mustang-style bridges. It features an alder body, paired to a 22-fret maple neck with an ebony fingerboard. In keeping with period-correctness, the guitar’s neck has a thick 60s C shape and its headstock is similar to that of the Fender Electric XII.

As for controls, the Maverick Dorado keeps things simple, with master volume and master tone knobs, and a three-way pickup selector. The guitar pairs nickel/chrome hardware with either of its three distinct finishes, Mystic Pine Green, Ultraburst and Firemist Gold.

Check out the Maverick Dorado in action below.

The Fender Maverick Dorado from the Parallel Universe series Volume II is available now at £2,255, and comes with its own deluxe case.

Learn more about the Parallel Universe series at fender.com