Including a banjo, mandolin and resonator.

As part of its huge 2022 lineup launch, Fender has launched the new Paramount range of acoustic guitars and folk instruments.

All of the guitars in the range feature either a solid spruce or solid mahogany top, paired with solid mahogany back and sides, as well as a newly-developed X-bracing pattern.

All of the guitars also include a set of Fender/Fishman-designed pickups, and a unique set of aesthetic appointments, including snowflake-shaped pearloid fingerboard inlays, feathered purfling, a rosette, backstrip and a black or tigerstripe pickguard. 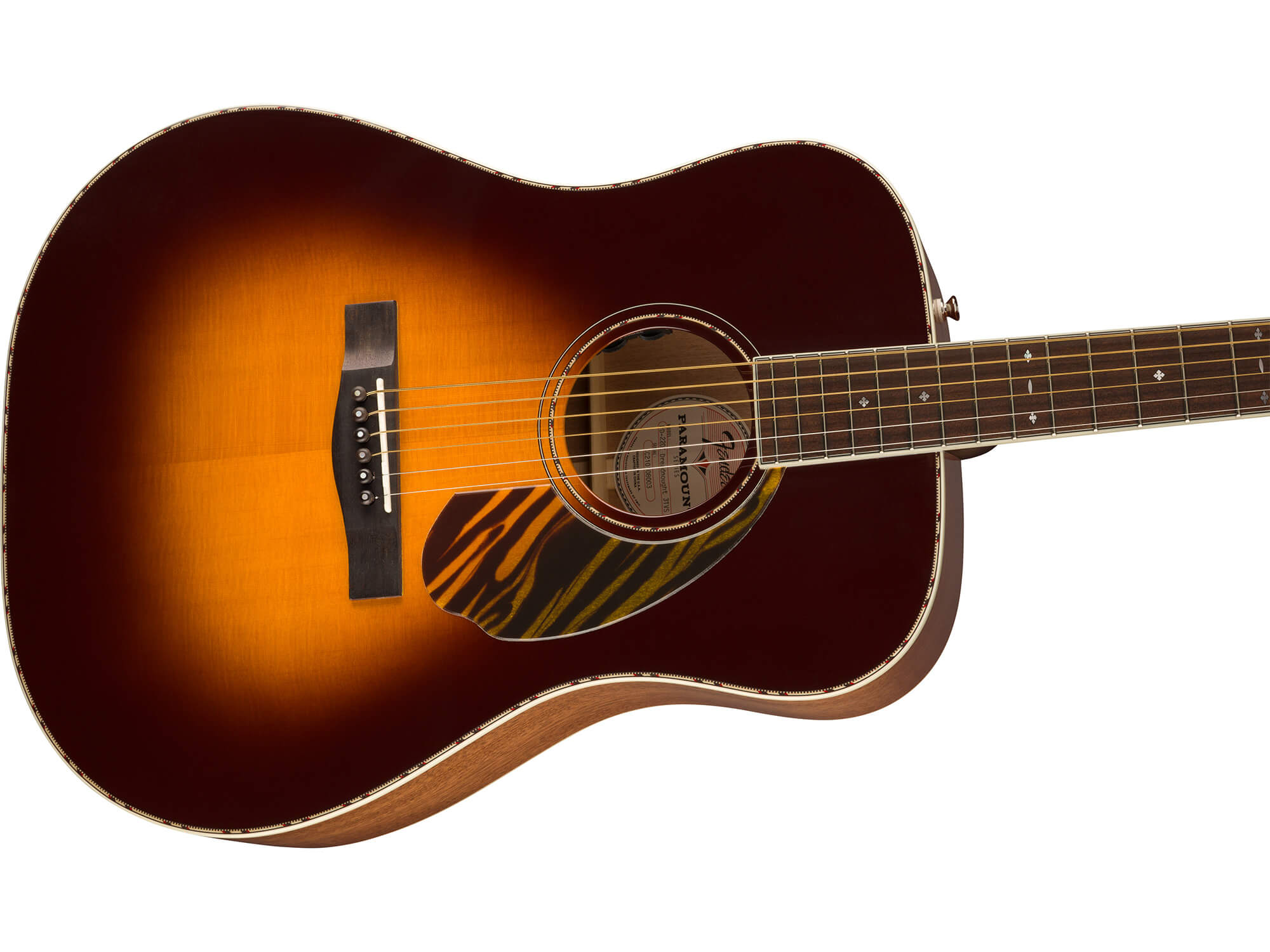 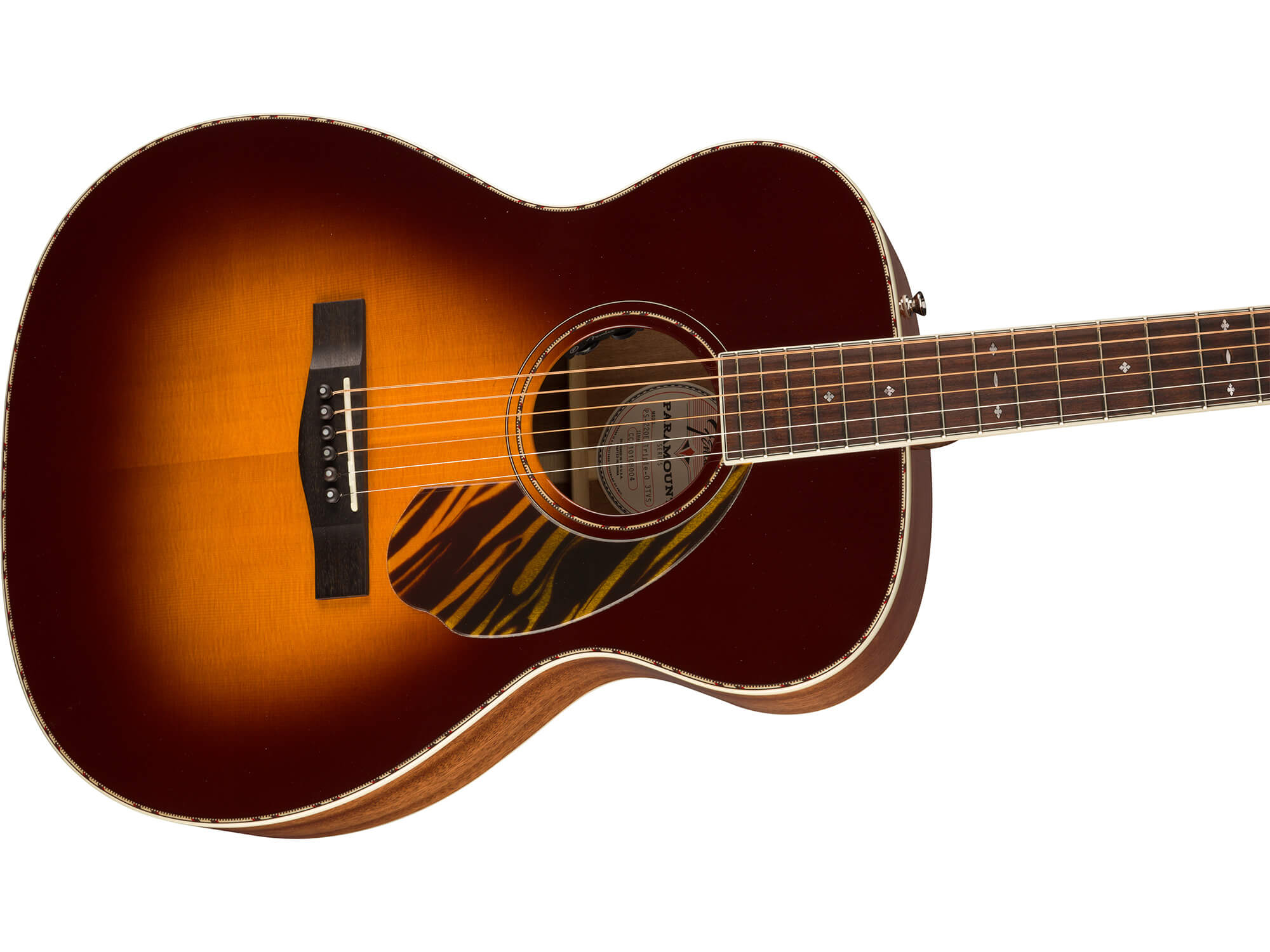 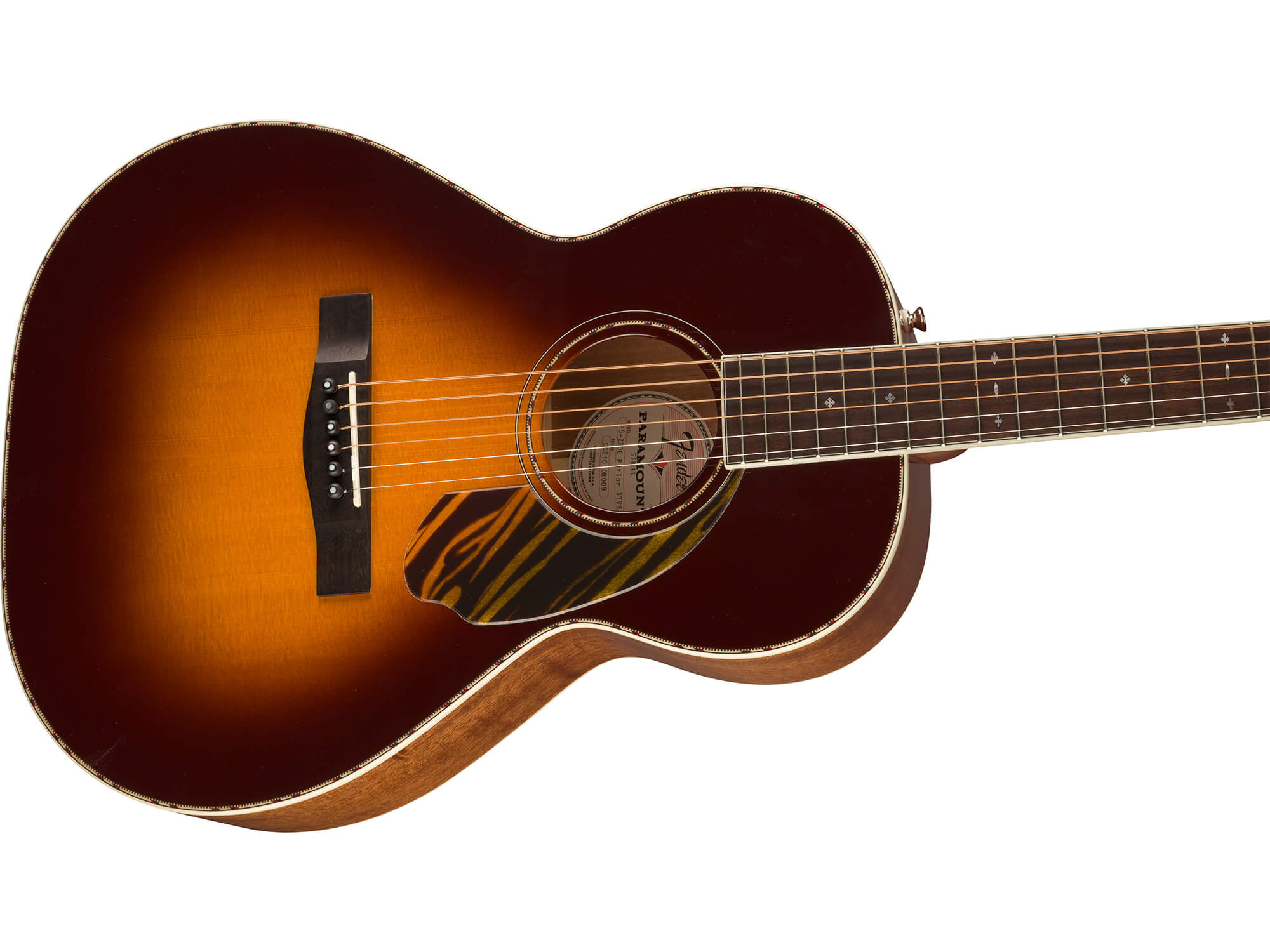 This guitar has a newly-designed Parlo body shape, voiced for a “tight, articulate tone,” with a Fender/Fishman-designed pickup to match. it features an ovangkol bridge and 14-fret fingerboard, slim-taper mahogany neck, bone nut and saddle. 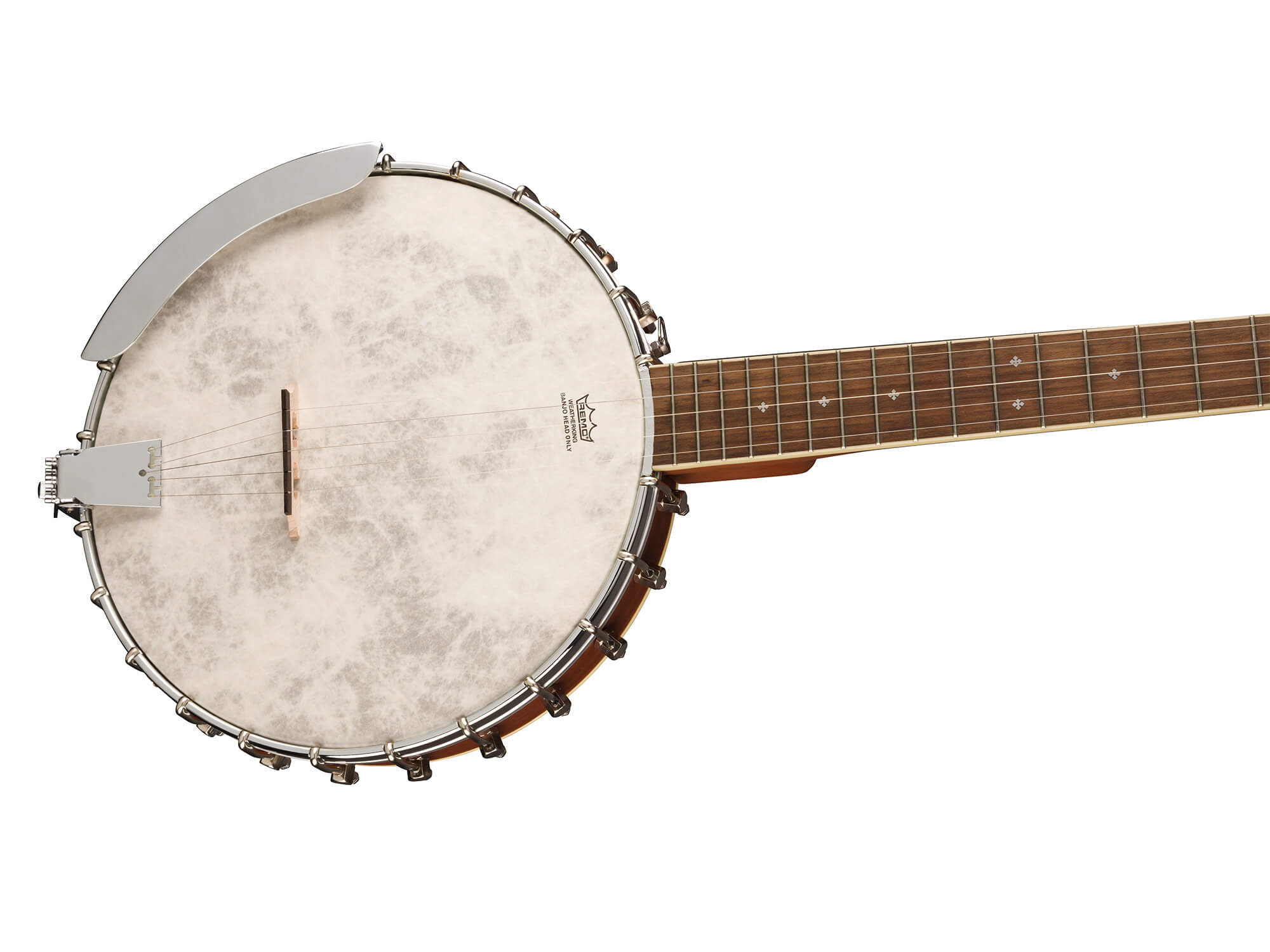 The PB-180E Banjo comes loaded with a proprietary set of Fishman electronics to amplify the sound. It features a mahogany rim, a Remo Fiberskyn head, a walnut fingerboard with snowflake inlays, an arm rest, and a genuine bone nut. 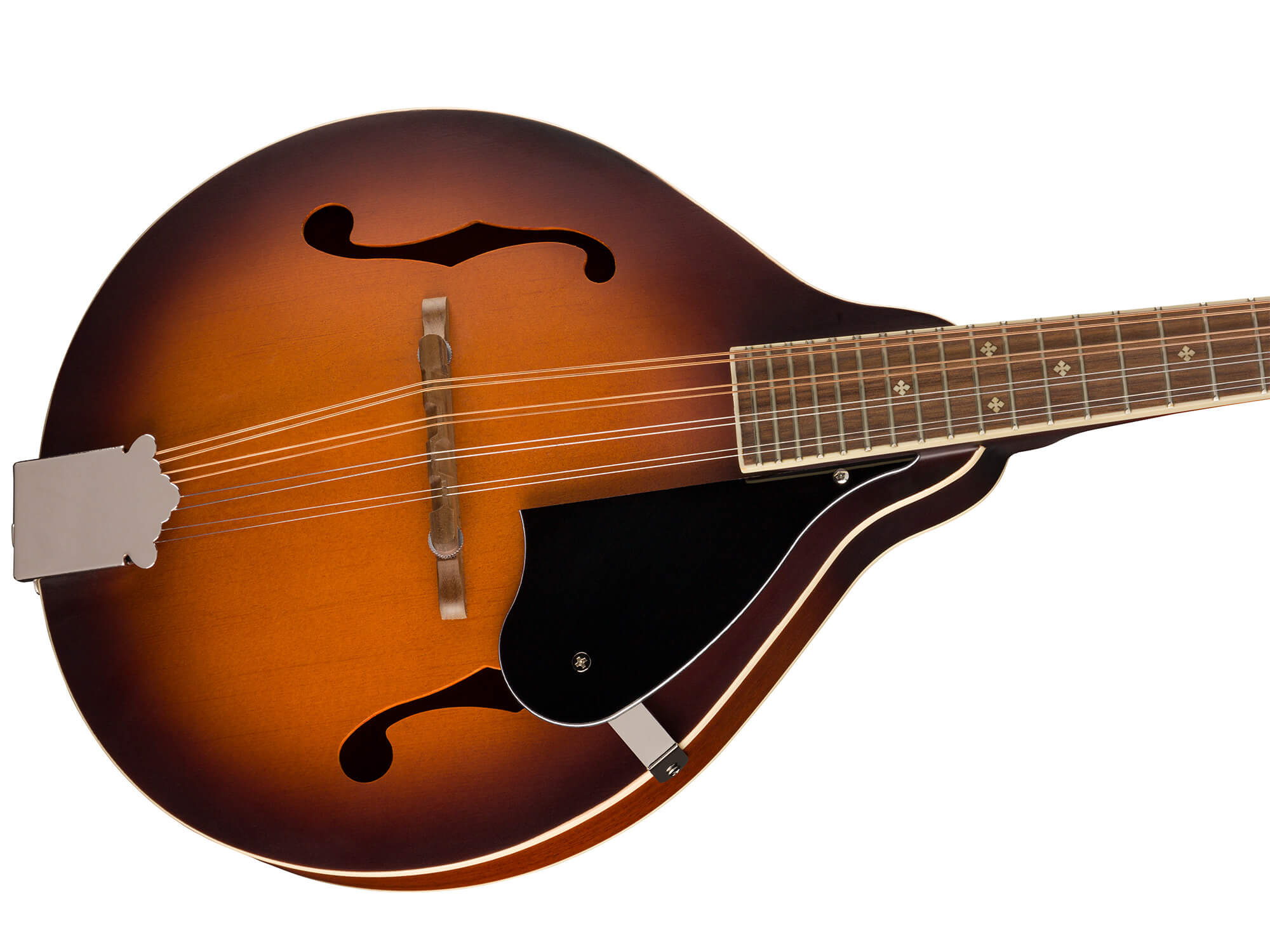 The PM-180E Mandolin is made with a spruce top, and a mahogany A- style body fitted with parallel tone bar bracing. It’s fitted with a Fishman pickup, and has a walnut fingerboard with snowflake inlays, open-gear tuners with pearloid buttons and a genuine bone nut. 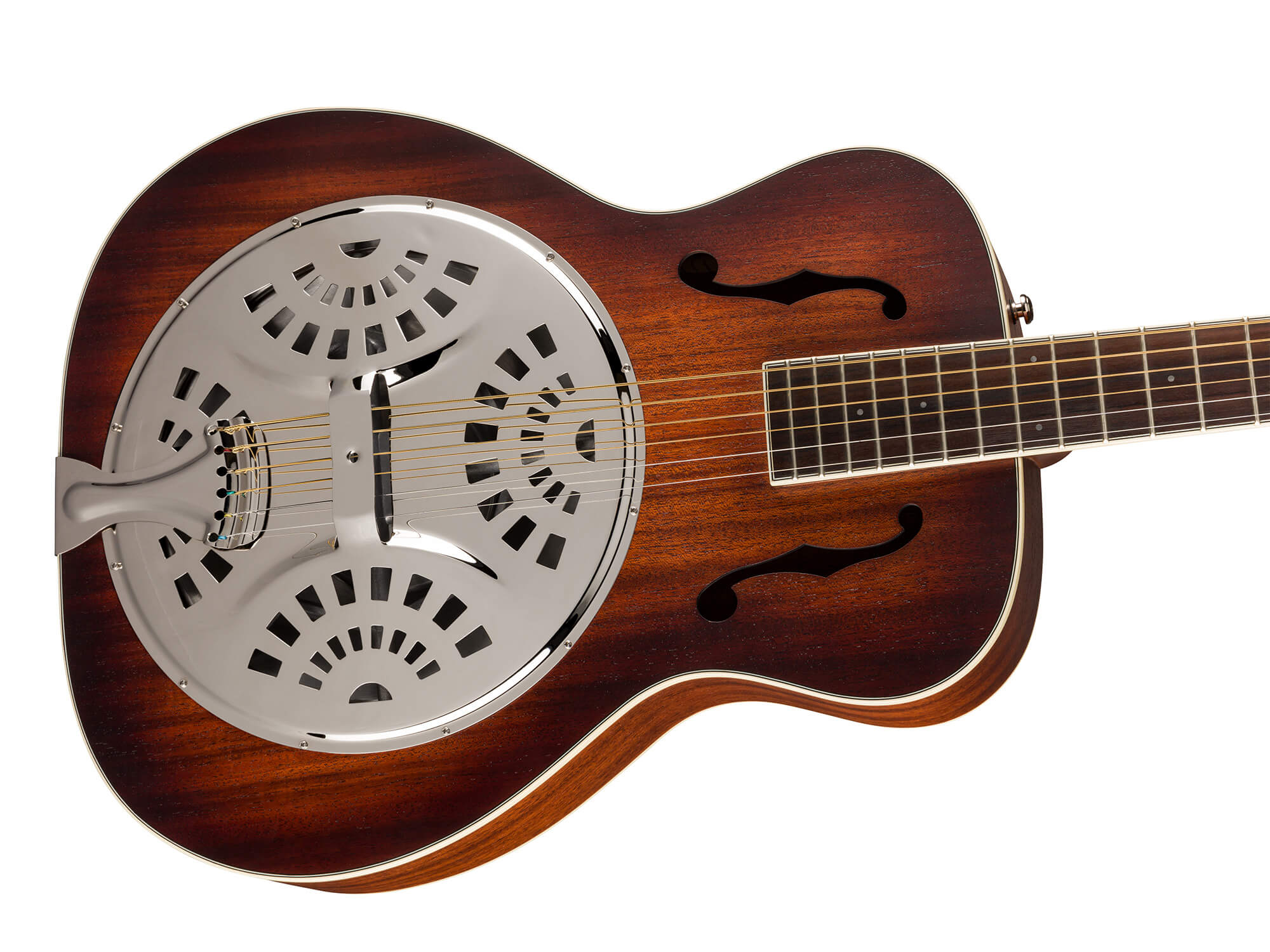 The PR-180E Resonator has an all-mahogany construction and spider resonating cone provides superior sustain for the quintessential bluegrass sound, as well as the revered Fishman Nashville pickup system. Other appointments include an ovangkol fingerboard with snowflake inlays, a genuine bone nut and a hardshell case.

Stay tuned to Guitar.com for more from Fender’s 2022 lineup launch.