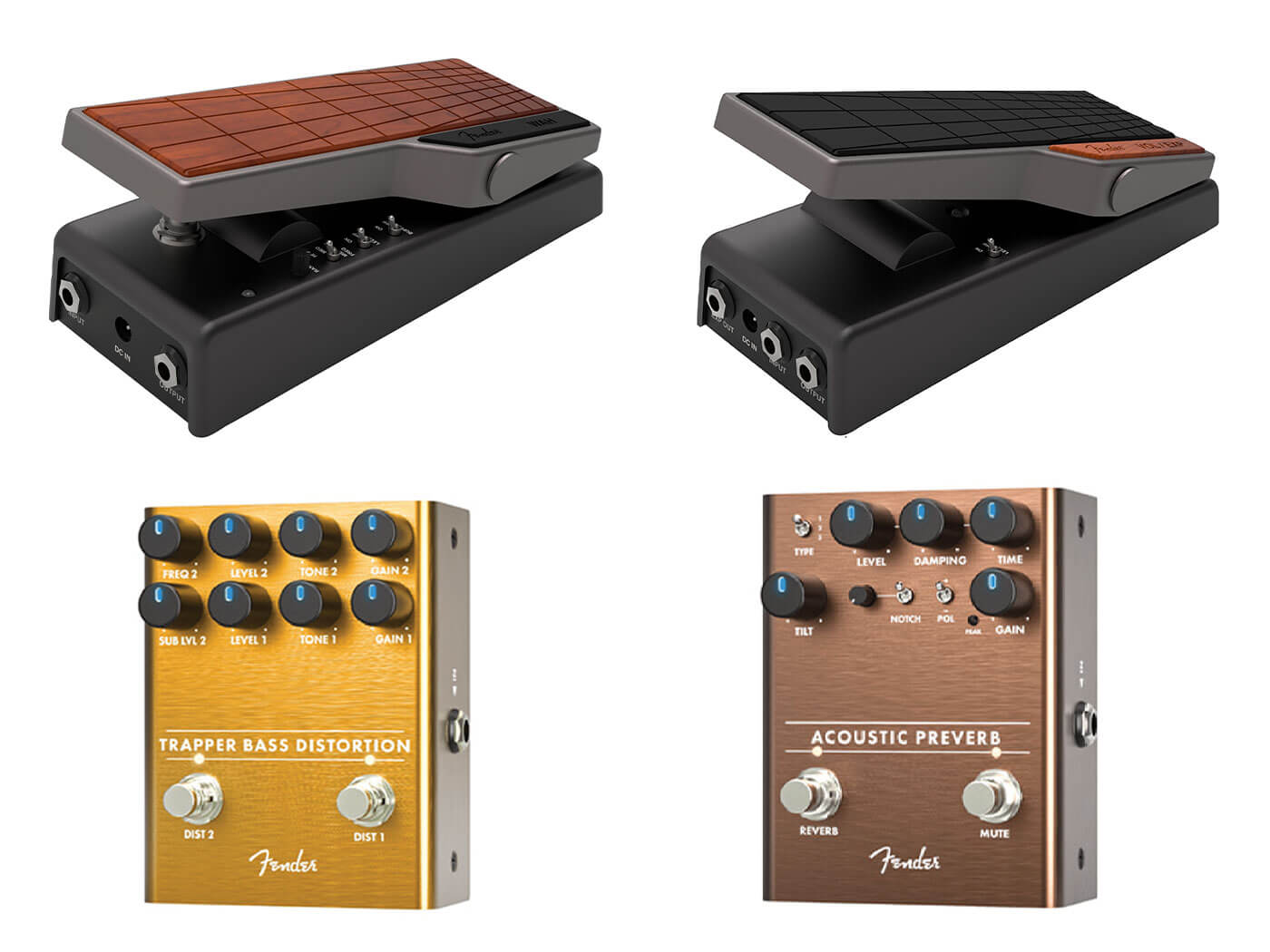 Alongside the news of the Road Worn series’ return, Fender has also announced some new effects pedals as part of its new product range for 2020.

The announcement includes a new wah pedal, the Tread Light Wah. Other than a photo, details on the product are limited, but we do know that it will feature three toggle switches for some detailed wah customisation. These switches control the mid frequencies, the bypass LED indicator and the pedal’s bypass mode.

There’s also the Tread Light Volume/Expression, housed in a very similar enclosure. As its name suggests, it can operate as both a volume and an expression pedal, depending on which jacks you connect to. A toggle switch lets you choose the operation of the pedal’s LED.

Two pedals that come in more traditional enclosures are the Acoustic Preverb and the Trapper Bass Distortion. The first of these is a reverb pedal designed specifically for acoustic guitars, featuring three separate digital reverb modes. Some standard reverb features present include Level, Gain, Damping and Time, as well as a toggle switch for selecting the reverb mode. To prevent feedback, there’s a polarity toggle, as well as an optional notch filter to cut out the resonant frequency of your acoustic’s body. For broader EQ control, a single ‘Tilt’ knob has you covered.

The Trapper Bass Distortion takes after it’s six-string-focused kin, in that it has two separate distortion circuits – much like the first Trapper’s dual fuzz circuitry. The difference here is that the two circuits are stackable, with an independent footswitch for each. Distortion one features the self-explanatory control arrangement of Tone, Level and Gain, while Distortion Two features Tone, Level, Gain, Sub Level and Frequency. Those last two, according to Fender, let you adjust the “fundamental tone.” Distortion One also provides a crossover blend circuit to preserve low-end clarity and punch, while Distortion Two has more gain on tap.