Fender launches its new Player Plus Series, “engineered to remove any obstacle to effortless playing”

Headline features include 12-inch radius fretboards with rolled edges and a new range of Noiseless pickups.

Fender has launched its new Player Plus range, a forward-looking line of instruments designed “to match the unique characteristics of today’s players and creators”. The modern-spec’d instruments are priced around the $1,000 mark and feature some new finishes and pickups. Rather than a replacement for the standard Player series models, the Player Plus instruments offer a more high-performance experience.

Shared specifications across all the guitars in the range include a 12-inch-radius fretboard with rolled edges, as well as a new range of Player Plus Noiseless single-coil pickups. 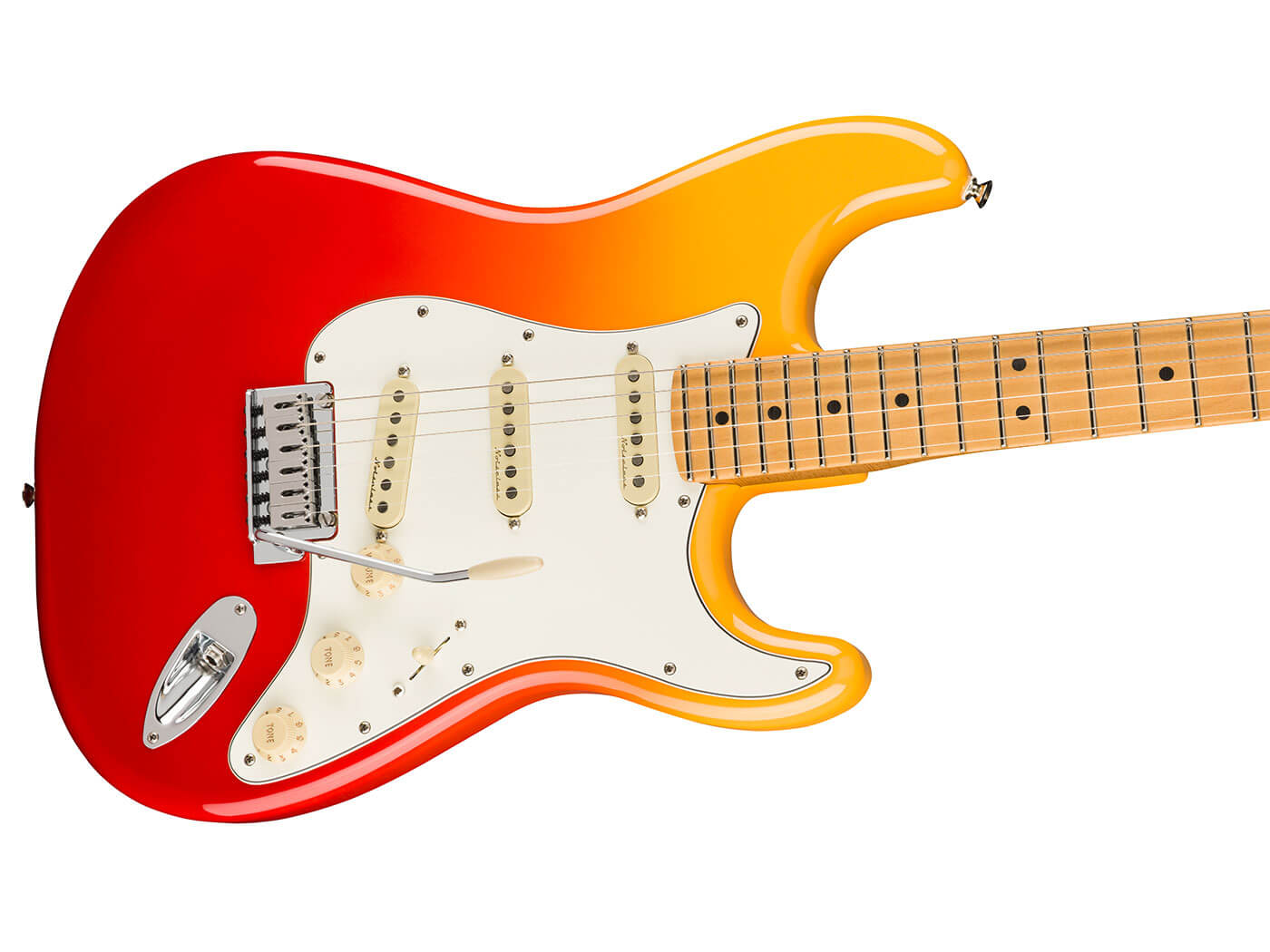 The Player Plus Stratocaster is at first glance a traditionally-spec’d Strat. There’s a two-point vibrato and three single-coil pickups, however, the guitar hides some more modern appointments. The pickups are the aforementioned Player Plus Noiseless single-coils, and the Modern C-shaped neck bears a relatively flat 12-inch radius in contrast to a traditional Stratocaster’s 7.25-inch radius. There’s also a push-pull tone pot, which lets players add the neck pickup to positions one and two, for a sound more akin to a Telecaster’s middle position. 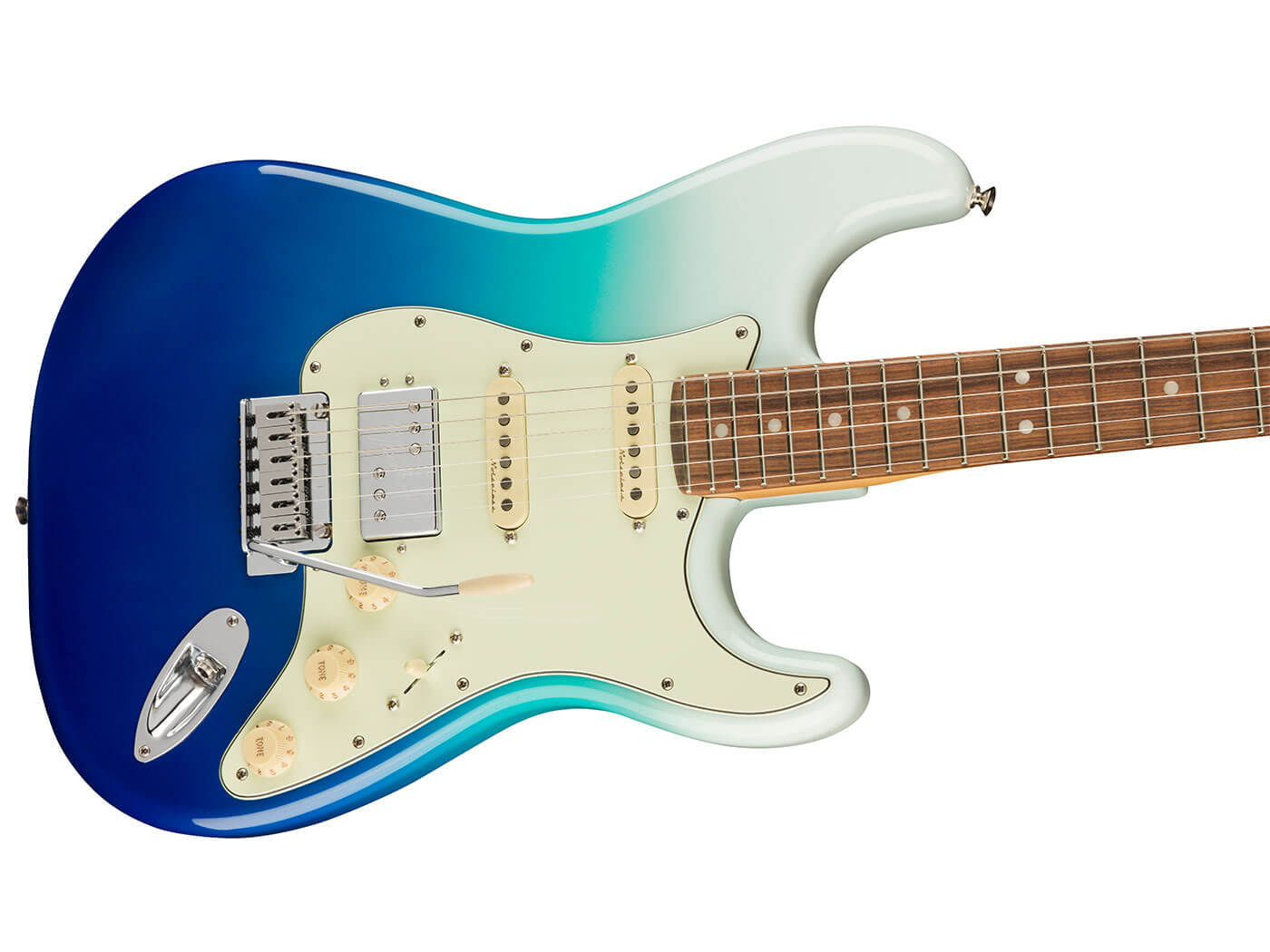 With similar hardware specifications as the standard Stratocaster, this instrument features a Player Plus humbucker in the bridge. This can be split with a push-pull tone control for classic single-coil bridge-pickup sounds. The neck and middle pickups are again Player Plus Noiseless single-coils. 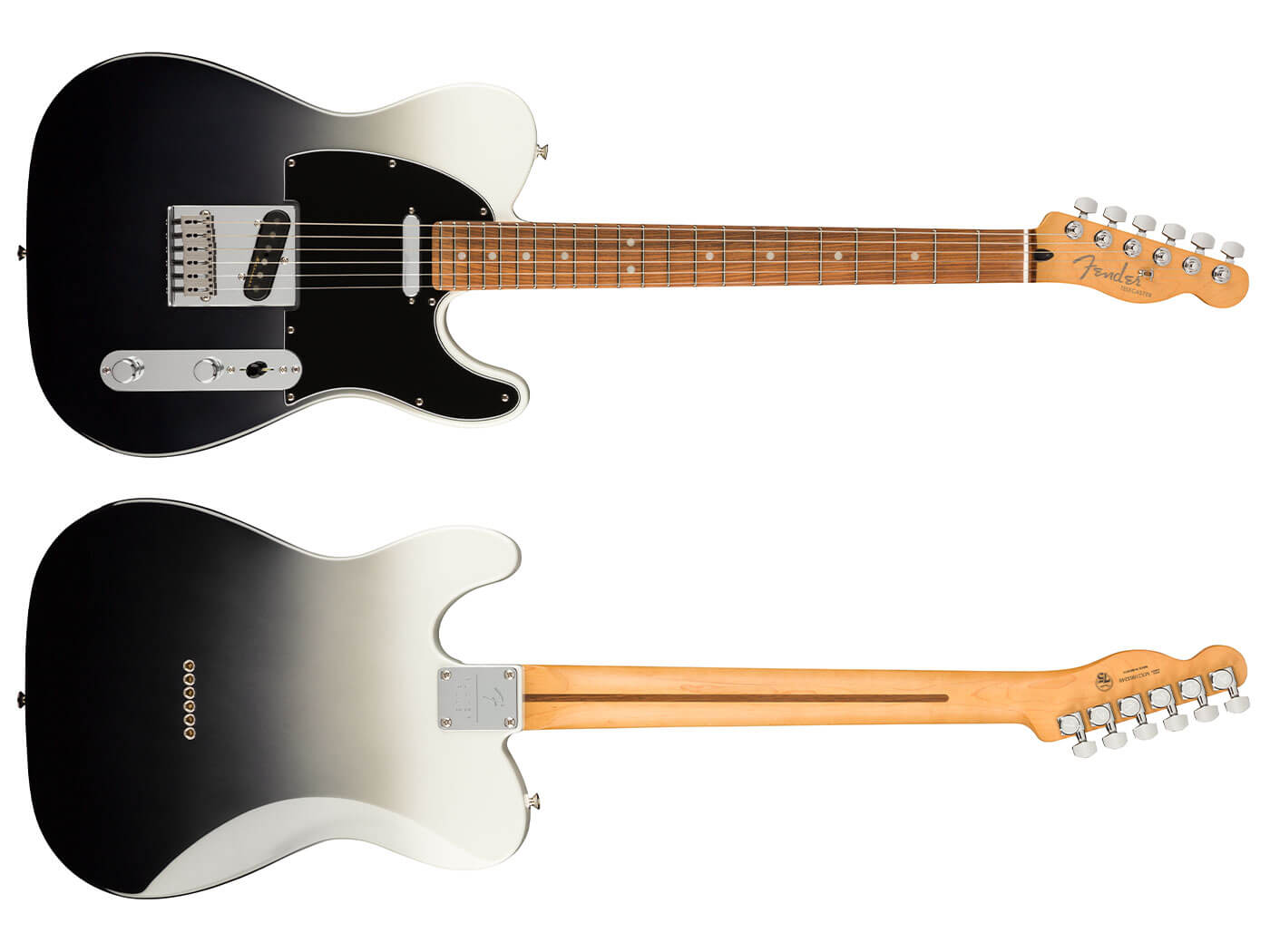 The Player Plus Telecaster features a pair of Player Plus Noiseless single-coils, with a push-pull tone pot that allows them to be run in series or in parallel. Its bridge is a six-saddle Telecaster hardtail with block steel saddles.

The guitar’s neck is again a Modern C-shape, with a 12-inch radius. 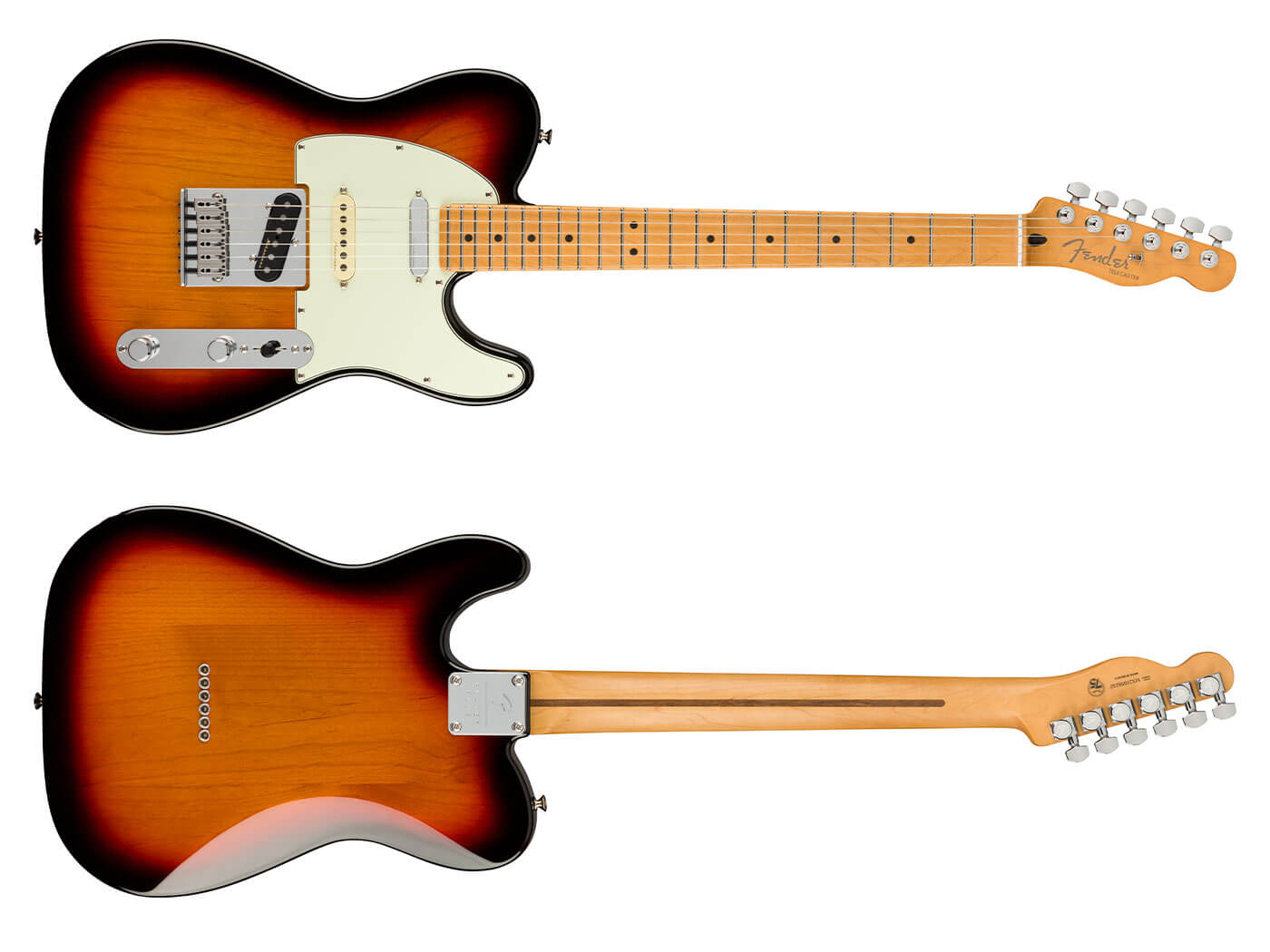 The Nashville Telecaster takes the Tele platform and adds a middle pickup, allowing Stratocaster-style sounds as well as more traditional Tele sounds. The push-pull tone control here works as it does on the Player Plus Stratocaster, adding the neck pickup to positions one and two. 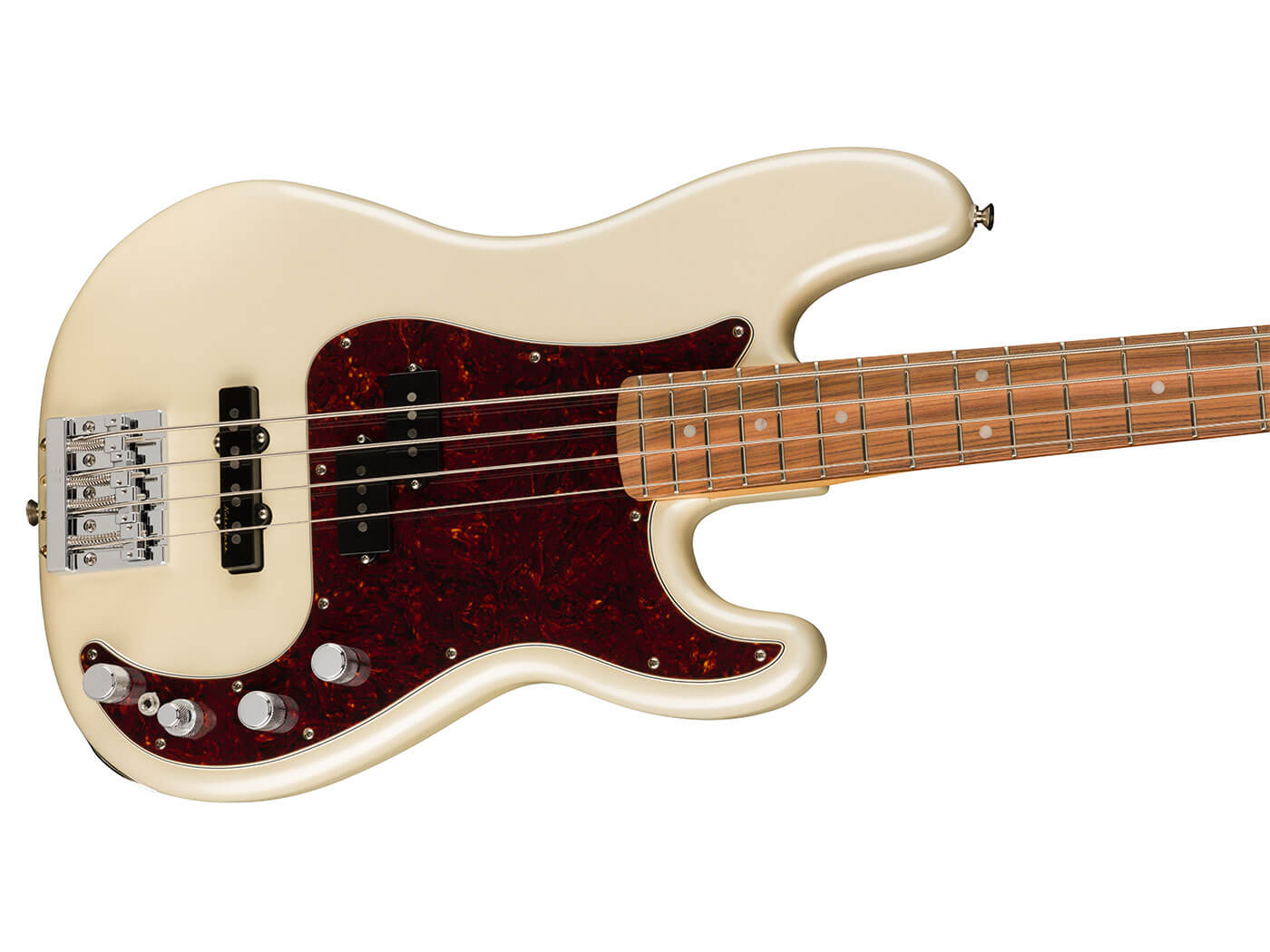 The Player Plus Precision Bass features a new Player Plus PJ pickup set, with a Jazz Bass single-coil in the bridge and a split P-Bass pickup in the middle position. The bass has a three-band active EQ and is switchable between active and passive modes to better suit different playing styles and rigs. Its bridge is a Fender HiMass bass bridge. 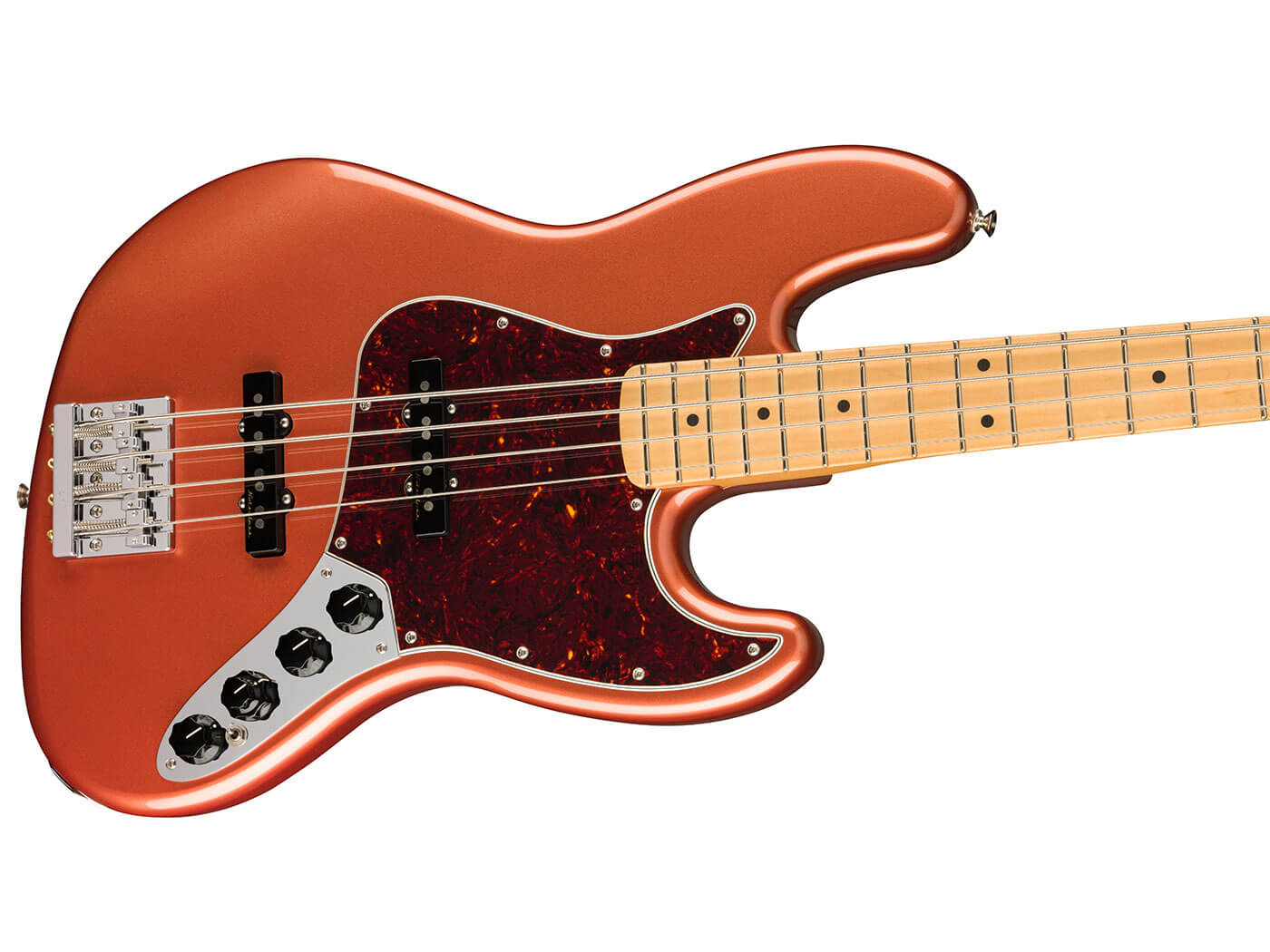 The Active Jazz Bass features a pair of Noiseless Jazz Bass single-coil pickups and, like the P-Bass, its three-band EQ can work in both passive and active modes. Its neck bears a Modern C shape, with a 12-inch radius and rolled edges. The bridge is again a Fender HiMass bass bridge. 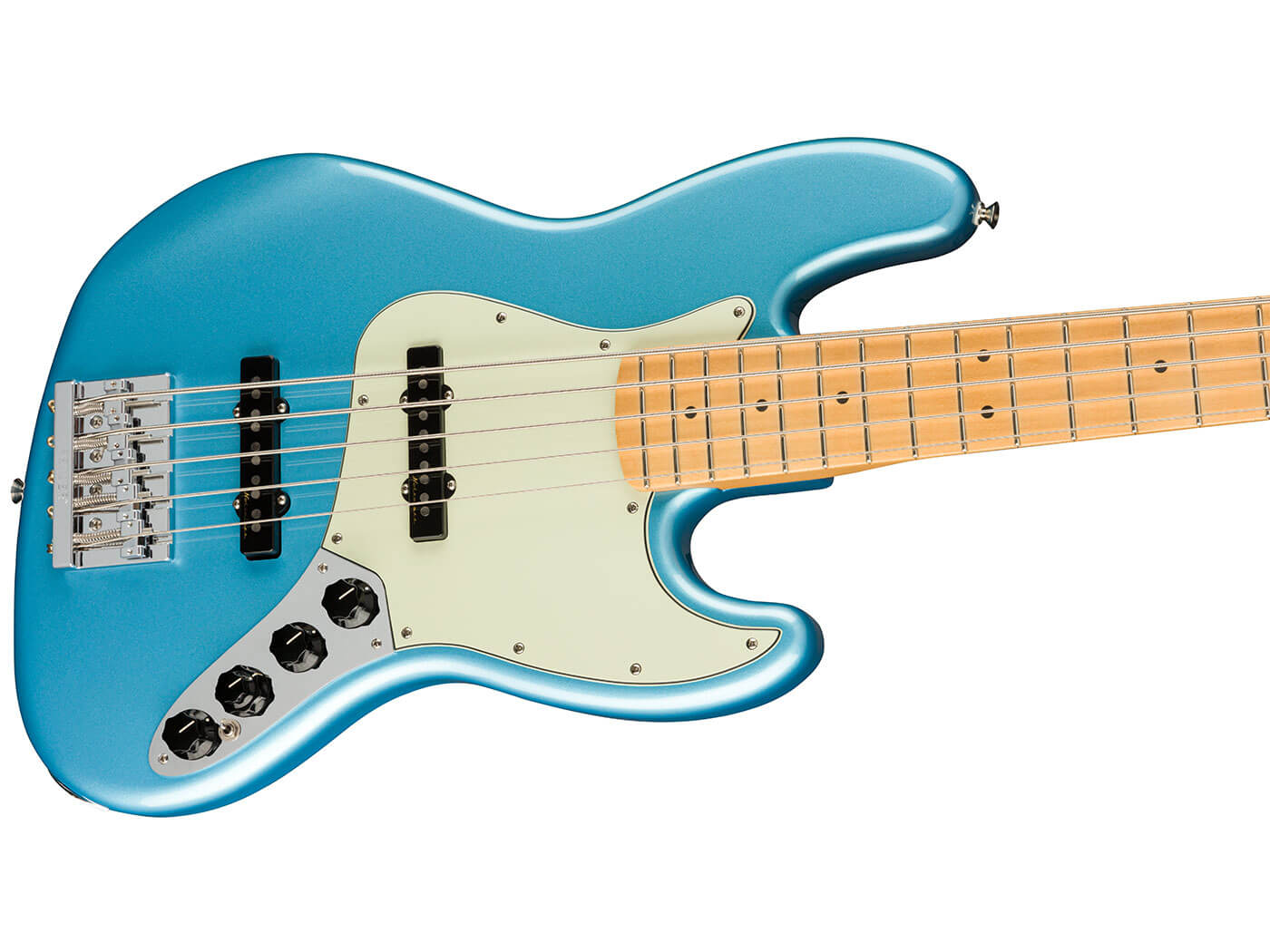 Find out more about the guitars at fender.com.