Based on Armstrong’s “number one” songwriting instrument, a 60s Fender acoustic. 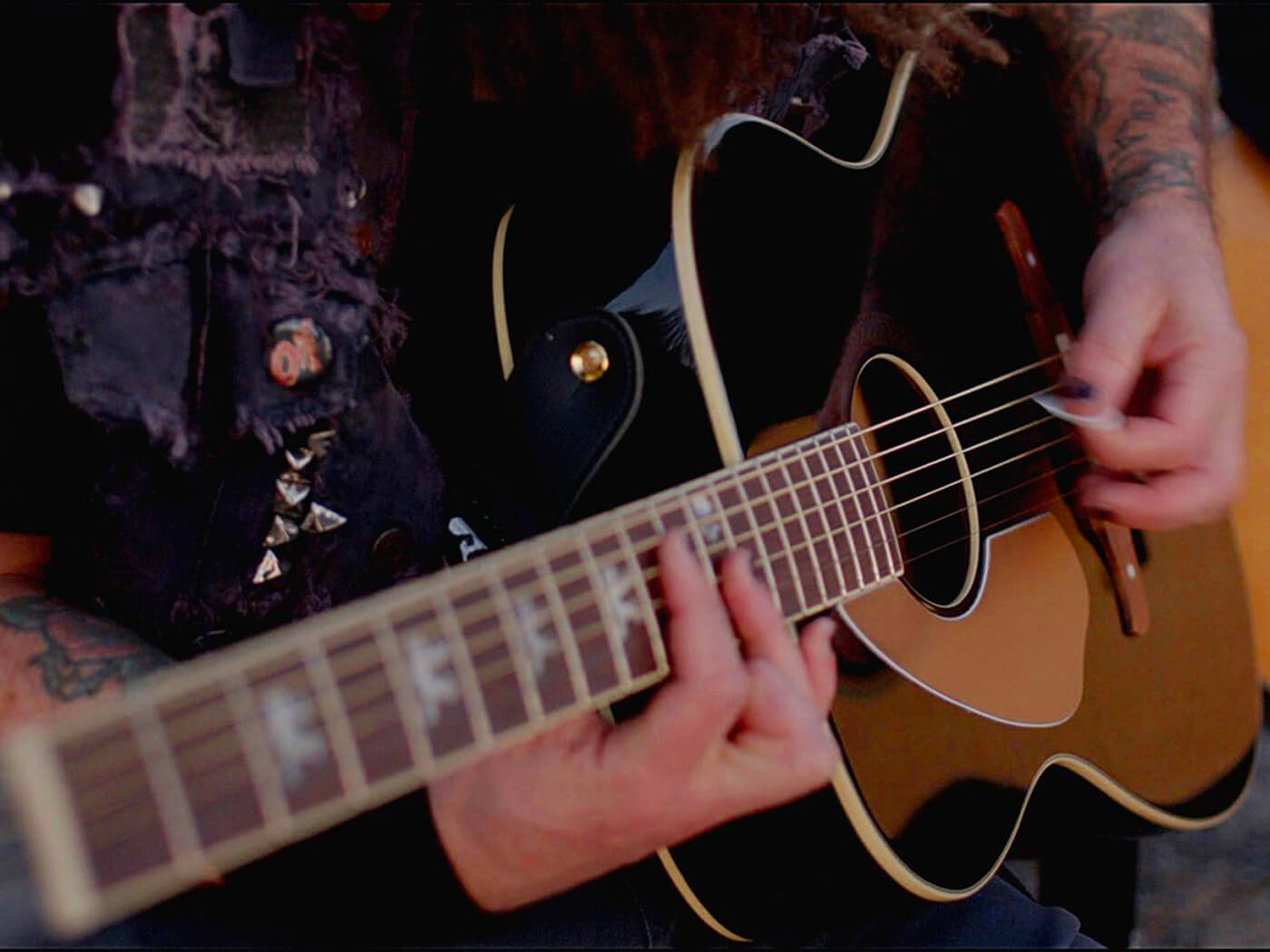 Fender has announced the Tim Armstrong Anniversary Hellcat acoustic guitar, in celebration of its decade-long partnership with the Grammy Award-winning punk musician. Armstrong is best known for his work with Rancid, Operation Ivy, as well as the punk/rap supergroup Transplants.

The signature instrument is based on Armstrong’s very own Fender acoustic guitar from the 60s, which the musician described as his “number one” songwriting partner.

The guitar’s body combines an X-braced solid spruce top with mahogany back and sides. It has a maple neck with a walnut fingerboard and 19 vintage-style frets and Hellcat, as well as custom  designed inlays.

For amplification, this Hellcat comes equipped with a Fishman Presys III preamp system, which offers a three-band EQ, a master volume control, phase control and a built-in tuner to boot.

Said Armstrong on his new signature model: “The Tim Armstrong Anniversary Hellcat is the culmination of a decade of great work with Fender.”

“This model is very loyal to the original guitar I’ve had since I was a teenager and it played a starring role in many of my albums, shows and songwriting sessions. I can’t wait to see what it can do and inspire in the hands of other players around the world.”

The Fender Tim Armstrong Anniversary Hellcat, in a black finish, is available at £429/$449.

Learn more about it at fender.com