Squier embarks on time-travelling adventure with Paranormal guitars and basses

An affordable counterpart to the Parallel Universe series? 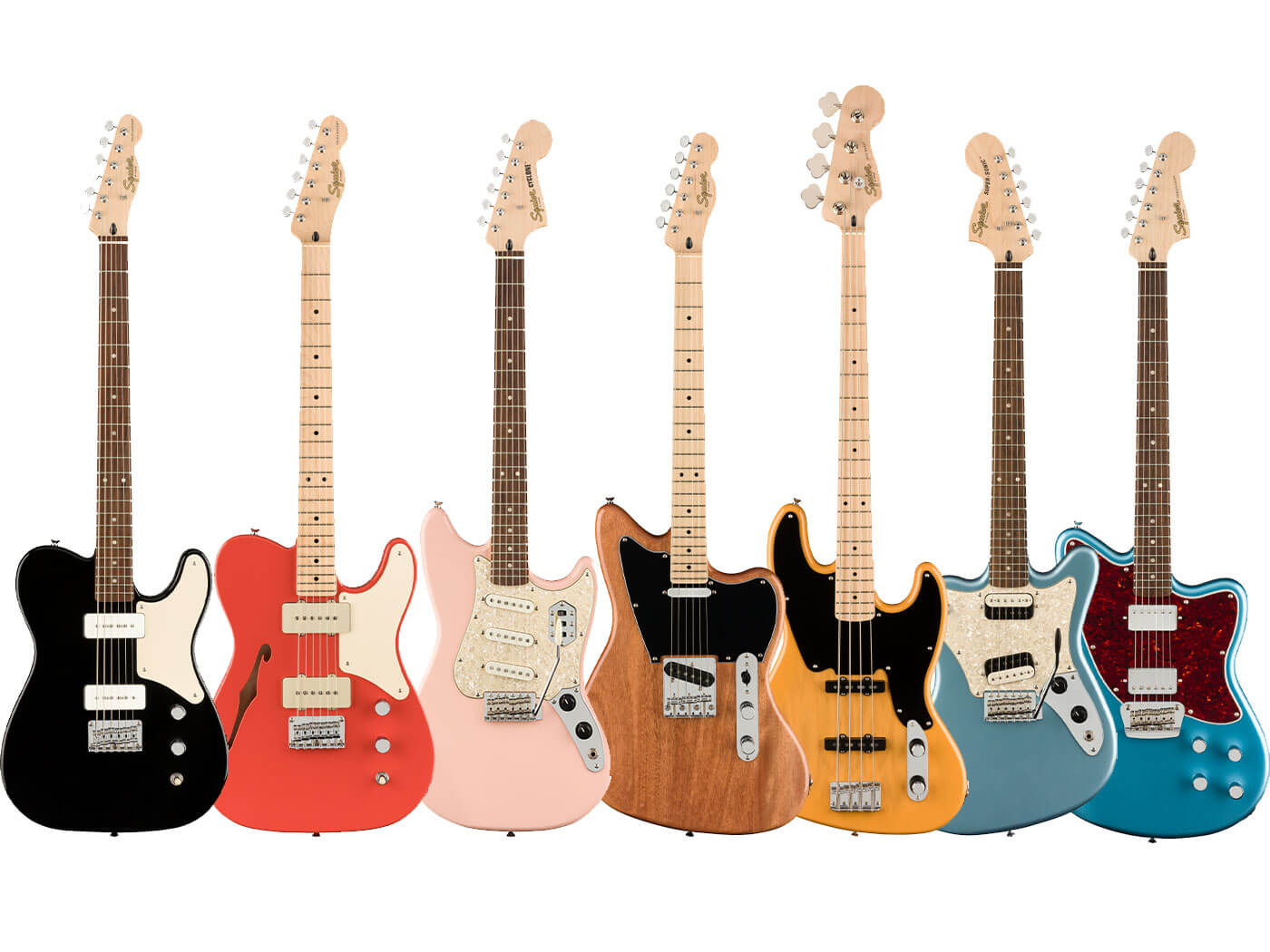 Fender has announced a new series of Squier guitars and basses, entitled the Paranormal series. Taking its cues somewhat from Fender’s Parallel Universe models, the Paranormal instruments are designed to take players on a “journey through time with the guitars that should have been”, the brand said in a statement.

There are seven models, each with a variety of finishes. As is Squier’s MO, these instruments are affordable and offer up tweaks to discontinued Fender designs. Here’s more info on the Paranormal series:

This guitar was originally introduced by Fender back in 1998, and offers up a heavier, less jangly approach than some of the brand’s offset fare. The electronics loadout should be familiar to those who favour the layout of a certain notable single-cut, with a three-way toggle switch on the top horn, and individual tone and volume controls for each humbucker.

The neck sports a comfortable C shape, and the hardtail bridge is string-through – meaning rock-solid tuning and no tremolo spring-ring when you’re at higher gain settings. The scale length also departs from Fender’s norm, coming in at 24.75 inches.

Can’t decide between the two Fender classics of a Tele or a Mustang? Good news – now you don’t have to. A classic Telecaster set of controls, hardware and pickups finds their way into a Mustang-style offset body, with a slim-C neck and, of course, the timeless headstock shape to boot.

Another gift to the indecisive among us, the Cyclone sports a Mustang Shape, a Stratocaster tremolo bridge and controls from a Jaguar – the three angled single-coils are each toggle-able with a switch set in the pickguard. The neck is again a slim-C, ending with a large Strat-style headstock, and coming in at a 24.75-inch scale length.

This eye-catching silhouette doesn’t pull any punches in the quirk department, with a reversed headstock and body shape, as well as a zebra set of Squier Atomic humbuckers. The C-shaped neck has a comfortably narrow 1.5-inch nut width, and at the other end of things, there’s a vintage Strat-style tremolo.

The Cabronita Telecaster is a semi-hollow Telecaster with a twist up its sleeve when it comes to electronics: it’s loaded with two Jazzmaster single-coils. There’s a solid string-through hardtail, as well as a slim-C maple neck and fretboard. Lastly, the classic small Telecaster headstock makes a reappearance here.

It’s the only bass in the series, but this model combines “the easy playability and tonal versatility of the J-Bass with the classic looks of its older sibling, the 1954 Precision Bass,” Fender said. It’s loaded with two alnico single-coil pickups, and sports a large pickguard for that 50s look.

This unique Tele should let you conquer some previously uncharted sonic territory. Not only does it come with a baritone scale length, it’s also loaded with two Fender-designed alnico P-90s for heaps of output and twang. There’s a string-through hardtail bridge, a slim-C neck and a cream pickguard contrasting with a deep black finish.

The Paranormal Series is available to order now, shipping summer/autumn 2020. Find out more at fender.com.