Both retain a 100% analogue signal path. 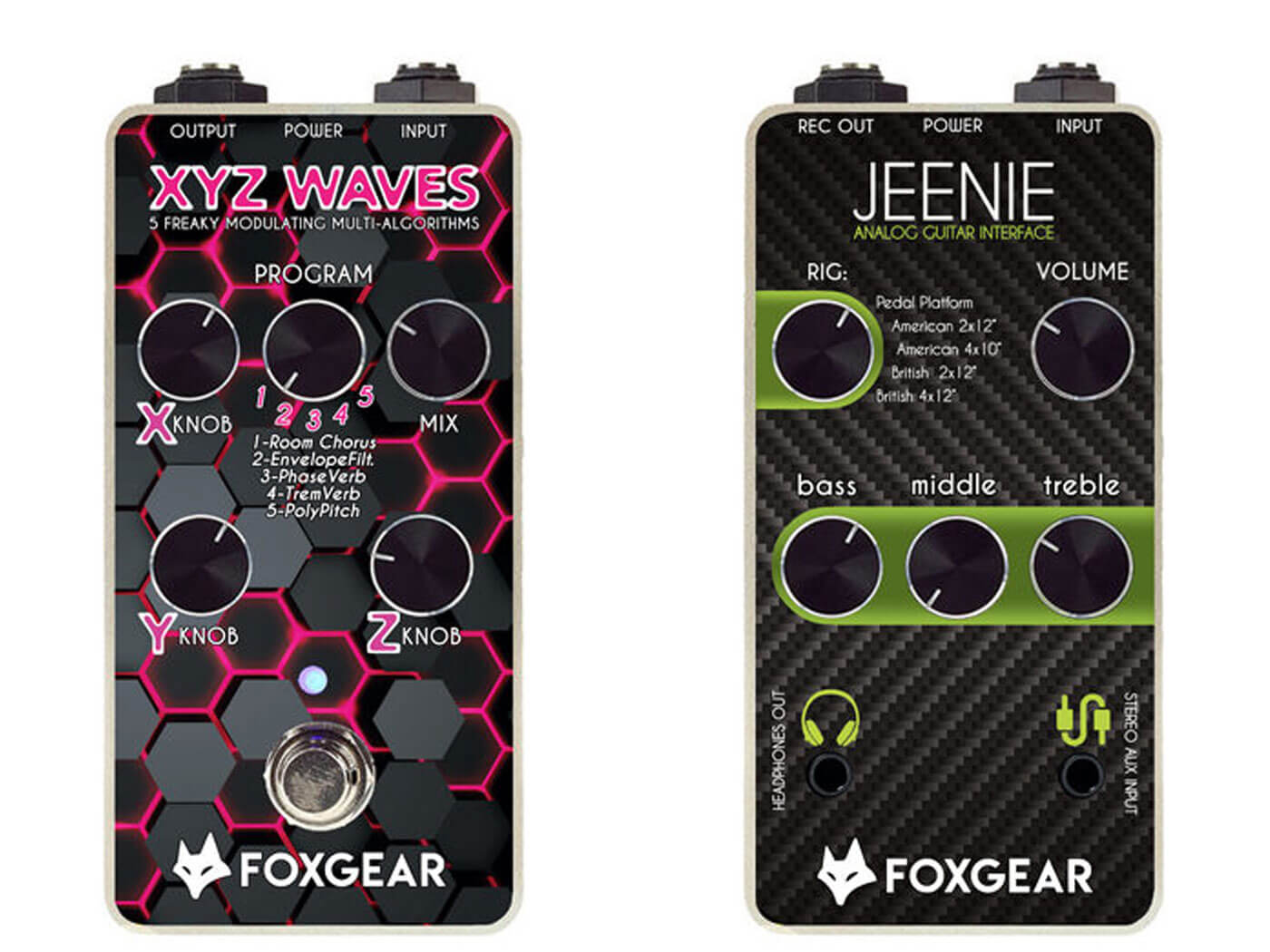 This pedal offers five modulation algorithms, selected by the central control knob. The five are Room Chorus, Envelope Filter, PhaseVerb, TremVerb, and PolyPitch. Every one of the algorithms maintains a 100% analogue signal path.

The other controls include a mix knob, which blends between the dry and modulated signals, as well as the X, Y and Z knobs, each of which change function depending on the selected modulation mode. For the chorus, tremolo and phase modes, the X knob controls the added reverb, while all three knobs are dedicated to more complex modulation parameters for the less conventional PolyPitch and Envelope Filter modes.

The Jeenie is a fully-analogue interface, that comes loaded with several amp, cab and mic simulations. It uses a Class-A FET preamp to mimic the feel and response of a tube amp, while further tweaking is offered by a 3-band EQ.

The XYZ Waves lists for $129, while the Jeenie lists for $149. Find out more at foxgeardistribution.com.