Friedman’s BE-100 gets the deluxe treatment

The popular BE circuit has been updated with a new Plexi clean channel and more. 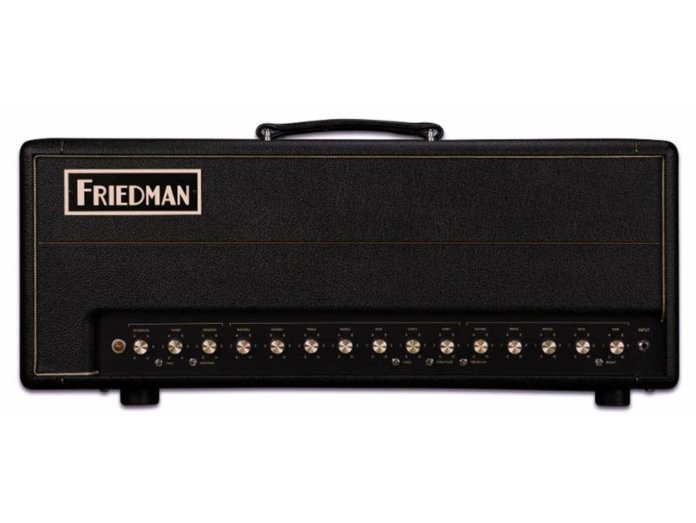 Friedman has just launched the BE-100 Deluxe, a 100-watt version of the popular BE circuit with souped-up features. These include separate gain and master controls for the overdrive channels, a fresh Plexi clean channel and new tone-shaping tools.

The original circuit’s BE and HBE drive channels were well-known for their high-gain crunch and clarity. This updated version elevates these channels with separate gain and master controls to provide some deeper control. They do however share treble, mid and bass controls.

Also new to the BE-100 Deluxe, is a Plexi clean channel which was inspired by Friedman’s Smallbox amp. It’s designed to clean up well, but also deliver a Plexi-style grit via the gain, volume and three-band EQ controls.

On top of these, Friedman has included some new tone-shaping tools for the power amp section. Of note are a Thump knob – which works with a three-way frequency switch – and a system volume knob. The Thump knob can be used to manage the low-end response of the amp and the switch alters the frequency of this control. The system volume knob, according to the brand, is a first for BE circuits in general: a global master volume control for each of the amp’s three channels.

Check out a detailed breakdown of the BE-100 Deluxe here:

Guitar Center is preparing to potentially file for bankruptcy