A whole new look and a brand new set of channels have been added to the 2011 model. 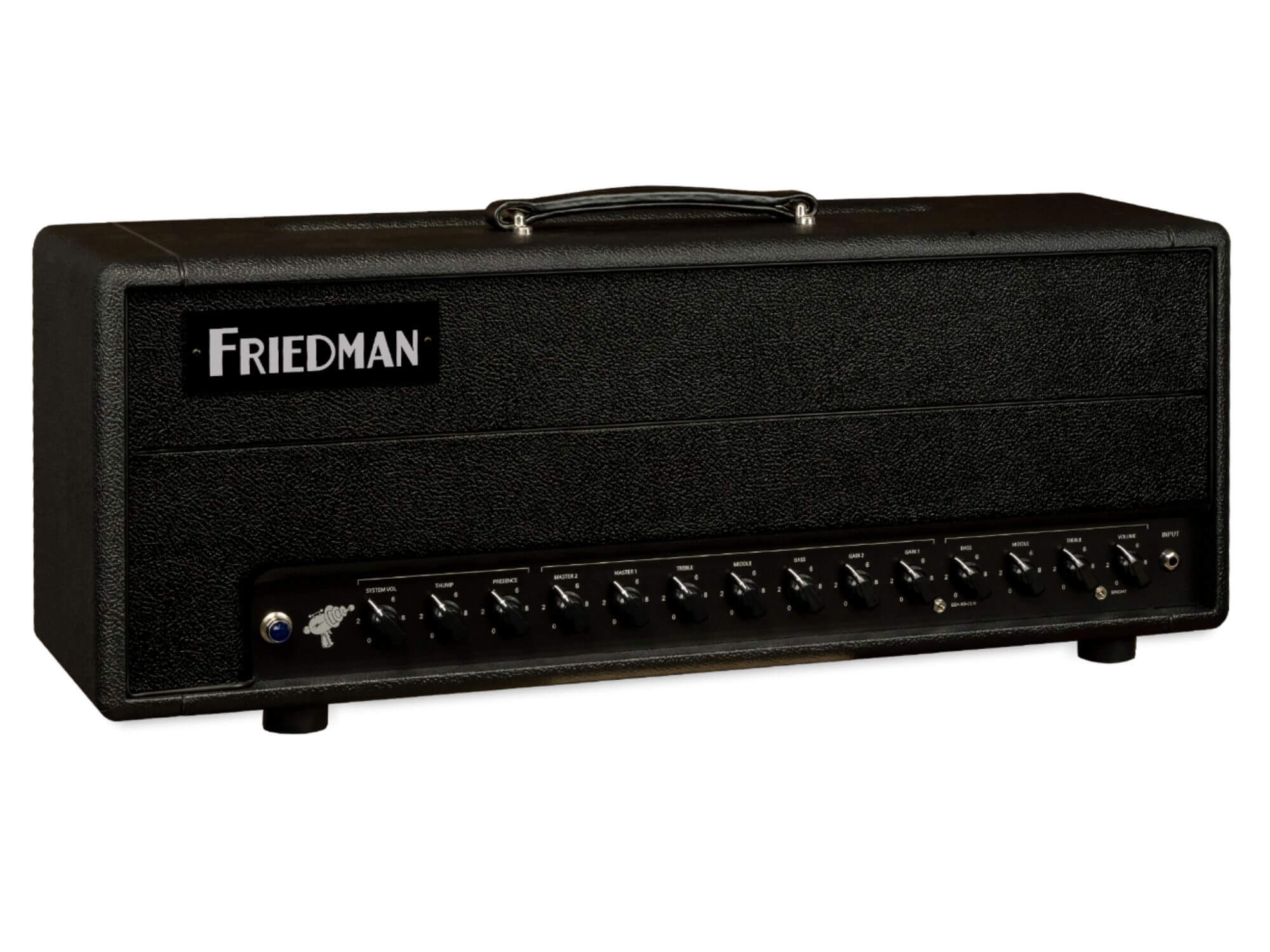 Friedman has announced a reimagined and newly improved take on its original SS100 amp head, updating the 2011 model which was first designed alongside Billy Idol guitarist, Steve Stevens.

Announced earlier this week, the brand unveiled a new and updated edition of its Steve Stevens signature amp head, the SS100-v2. Over a decade since the original release, the new model now comes with a re-voiced set of channels and sports a sleek, all-black look.

A three-channel tube design, the latest version of the amp head dons a set of re-voiced dirty channels, all designed by both Dave Friedman and Steve Stevens to be even more dynamic and percussive than seen in the original model.

Said to retain the high gain Plexi-style tones that first made the initial design so widely loved by users, the new SS100-v2 model also has kept the same, highly-regarded clean channel as seen in the original launch – simply providing a long-overdue update to the dirty channels.

Coming in at 100 watts and powered by four EL-34 power tubes and five 12AX7 preamp tubes, the new edition of the amp head has also undergone an aesthetic update. In the latest model, the unit is entirely blacked out, using a Baltic Birch headshell and integrating Steven’s distinctive Raygun logo on the black control panel.

Said to capture the “gorgeous shimmering cleans” and “high gain monster tones” that first launched the guitarist into stardom better than ever, the SS100-v2 comes with Master Volume and Gain controls per channel, alongside a shared EQ which includes Bass, Middle, Treble and a Fat switch for both of the dirty channels.

In addition, the clean channel also features Volume, Treble, Middle, Bass and a 3-way Bright switch, with the brand stating that this remained the same as the 2011 design because “perfection doesn’t need alteration”. The standard 6, 8, and 4-ohm impedance selector switch and the 2-button footswitch with LEDs also come as standard, alongside Global Thump, Presence and System Volume knobs and an ultra-transparent series FX loop.

Prices for the SS100-v2 have yet to be announced. Find out more about the signature amp head on Friedman’s website.