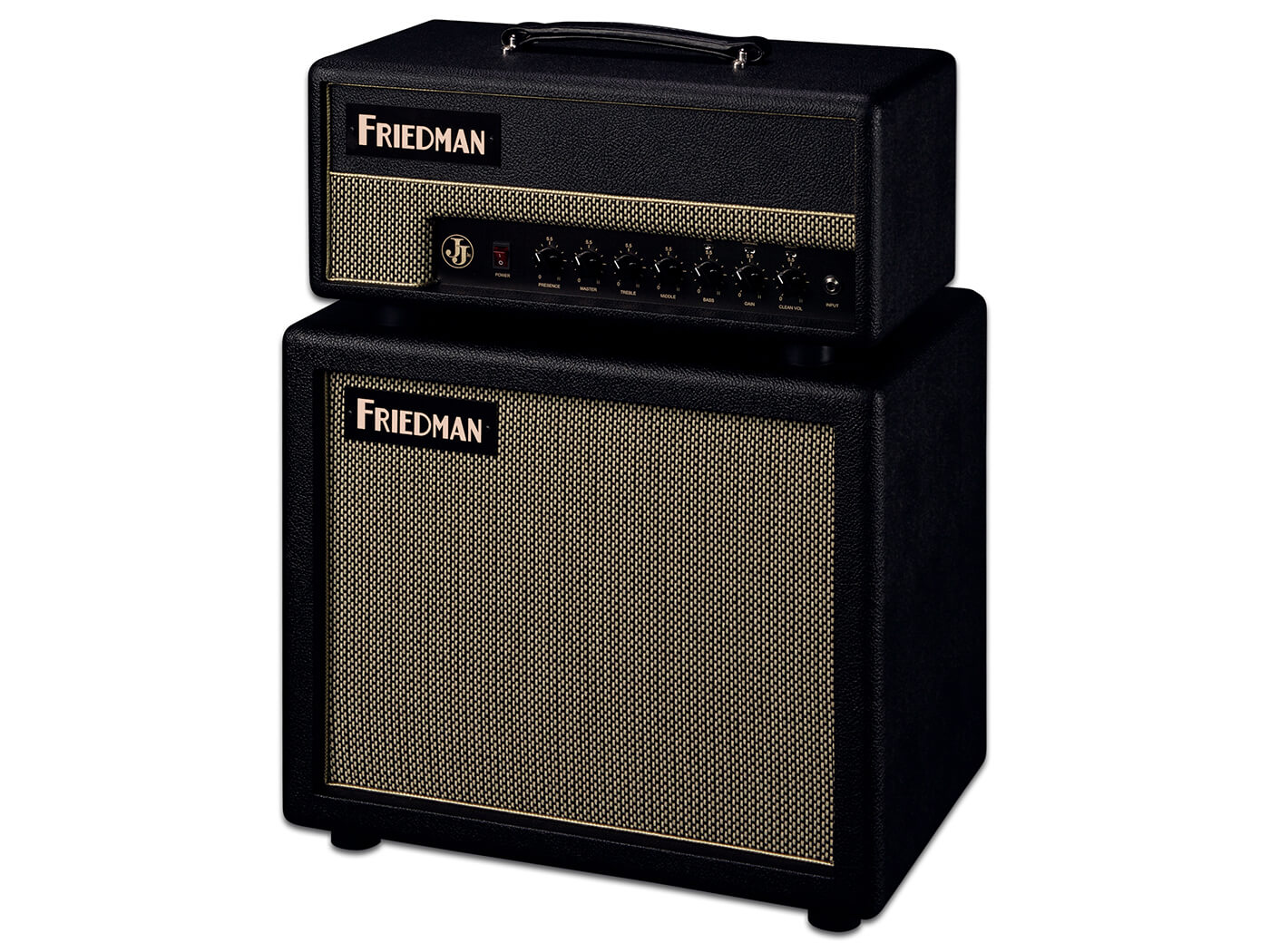 Friedman has teamed up with Jerry Cantrell on a 20-watt version of his signature JJ-100 amp. Known as the Friedman JJ-Junior, this unit is designed to deliver its predecessor’s “JJ” sound in a more compact format. The JJ-Junior is offered as a head or as a 1×12 combo amp, with the option of an additional 1×12 Vintage-112 speaker cab.

Here are the details:

Like the 100-watter, this compact sibling features two channels – clean and gain – and a similar tube combination: two EL84 power tubes and three 12AX7 preamp tubes. In terms of tonal character, the clean channel aims to produce chimes in the style of an AC30, while the gain is tuned to the Alice In Chains frontman’s specifications.

Each channel features an independent set of controls. On the clean side, you’ll find a clean volume control and a bright switch, while the gain channel boasts a three-band EQ as well as master volume and gain controls. In addition to the channel controls, the JJ-Junior comes with a global presence control and a JBE voicing switch which you can engage for a more saturated and harmonically rich gain tone, according to Friedman.

Round the back, you’ll find an impedance selector – eight- and 16-ohm – which should aid you in choosing matching speakers.

With an XLR output with cab-simulation, as well as ground lift, axis level, and speaker cone simulation switches, the JJ-Junior is designed to be as useful in the studio as on stage. Friedman adds that the amp supports bypassing a speaker, allowing you to record in silence.

Where tone stacking is concerned, the JJ-Junior is designed to work well with boosts, various overdrives and a range of modulation effects. The amp also boasts a buffered series effects loop – identical to the popular BE-100 – which plays well with time-based pedals and rack units.

It’s also worth noting that the Vintage-112 features a closed-back design with a Baltic birch construction.

Check out the JJ-Junior in action below: