Time to get weird with patching. 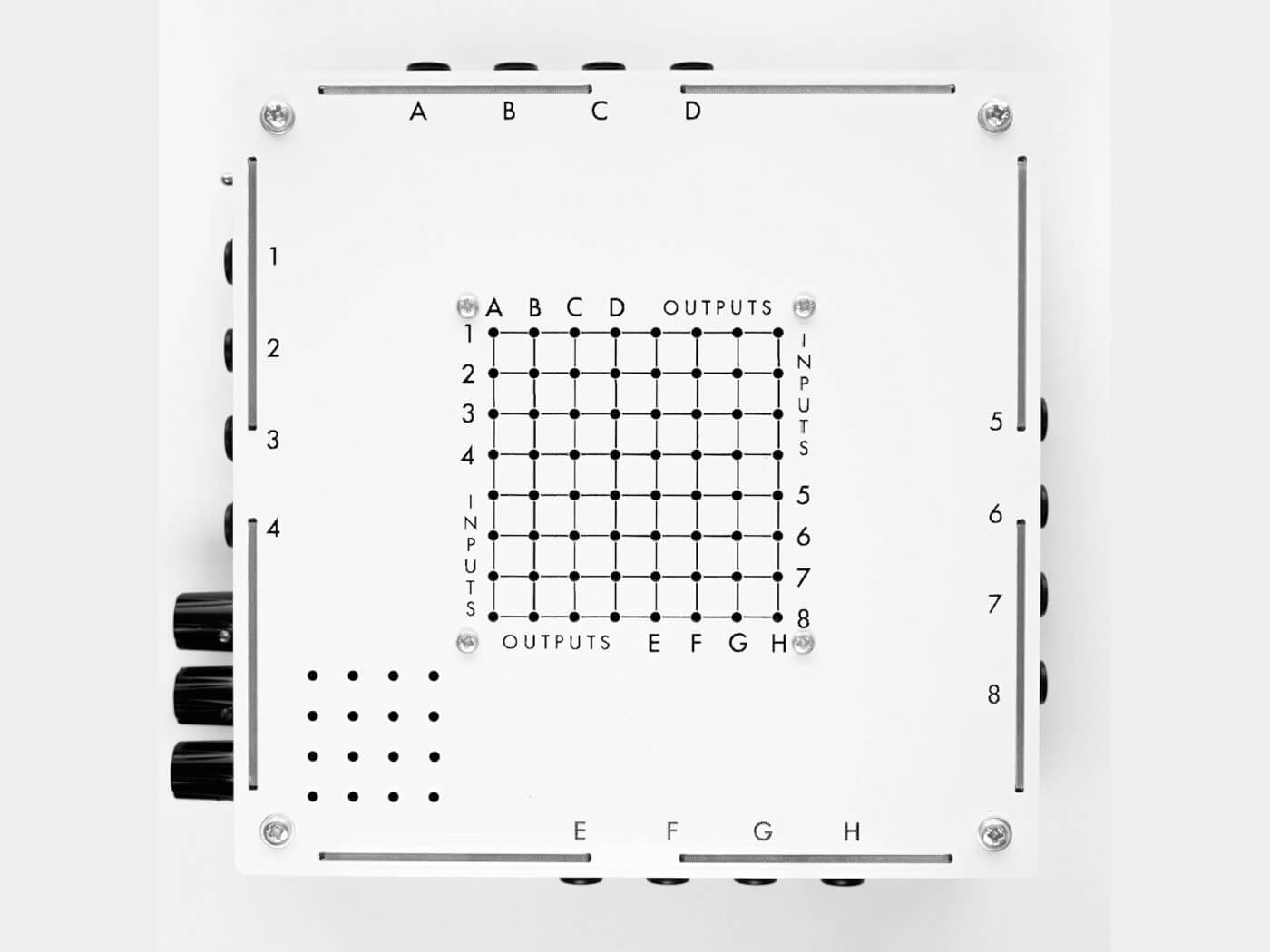 Future Sound Systems has unveiled a new audio-routing unit, the MTX8, which offers a way of creatively messing with signal routing options of a pedalboard (or other audio sources) on the fly.

The unit consists of a square enclosure, with four quarter-inch jacks on each side – for a total of eight inputs and eight outputs. The inputs are labelled 1-8, while the outputs are labelled A-H. The top face of the enclosure is where the main routing magic happens – the dot-matrix grid is made up of small jacks, each of which takes a conductive pin. So, if you want to route input 1 to output A, push one of the ten provided pins into the top left socket, connecting 1 and A. A pin in socket B1 will route input 1 to output B, and a pin in socket A2 will route input 2 to output A, and so on.

The operation can be thought of as eight independent splitters and eight more mixers, as hypothetically you could route one input to all eight outputs, or route all eight inputs to a single output. The ins and outs are all buffered, meaning parity gain summing – so multiple signal sources don’t become sonic mush when combined.

The guitar edition of the unit also includes a Tubescreamer-style preamp on input 1, saving space on your pedalboard. The clipping stage is also optional, toggled with a small switch if you want to keep a clean tone.

A hypothetical use in a pedalboard setting would be to plug your guitar straight into input 1, and then connect output H to your amplifier. Outputs B-G and inputs 2-7 could then be configured as individual effects loops, accessed with the corresponding pin sockets. But, given the versatility provided by the sheer number of ins and outs, that’s just one of an endless set of routing setups you could create.

The MTX8 has a lot of potential beyond guitar as well, being able to route any audio signal or even control voltages from modular synth setups. And, as the inputs and outputs can be kept separate depending on how you route them, a hybrid setup with both guitar and synth is totally possible.

The unit requires 9V DC, 200mA, centre negative power, meaning a high-quality pedalboard power supply will be able to handle it with ease.

And, as a final neat touch, the surface is dry-wipe pen-compatible (one is included in the box) so you can scribble all over it to keep track of what you’ve connected and where, and then erase when you switch things up.

The standard MTX8 lists for £409, while the guitar version lists for £429. Find out more at futuresoundsystems.co.uk.