Gardiner Houlgate is gearing up for its June guitar auction, taking place on the 16th of this month. Among the items going under the hammer is a triple-necked acoustic guitar, a trove of Fender Custom Shop models and a matching pair of Gibson Custom Shop electric guitars. 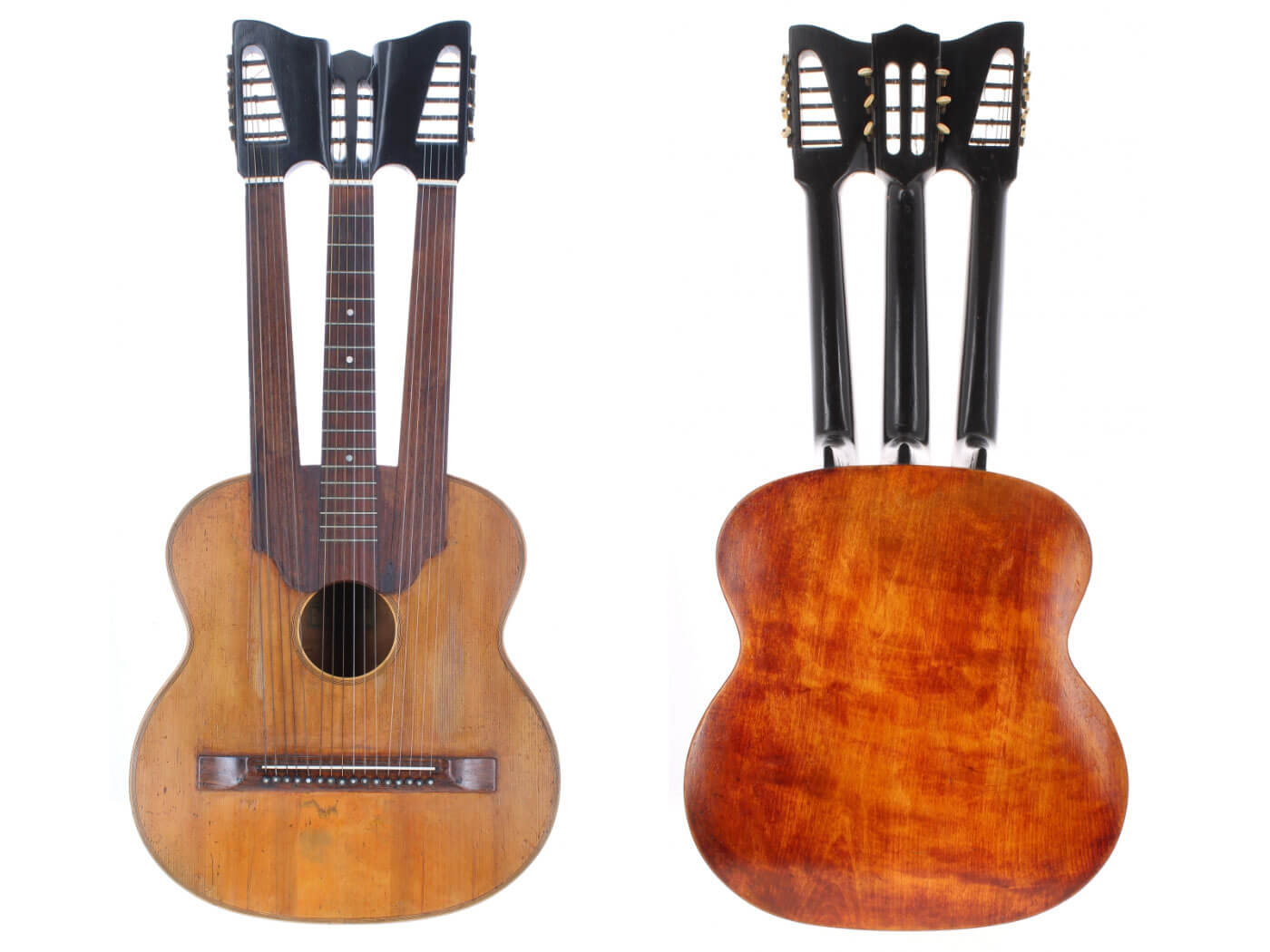 This acoustic is described as being in the style of Bernard Enzensperger, a luthier who worked in the early 1800s. Its most eye-catching feature is, of course, its three necks, joined at the top by a single headstock. The central 17-fret fingerboard is flanked by two five-string necks with fretless fingerboards.

All 16 strings protrude from the same bridge, with one incredibly long saddle across its entire length. 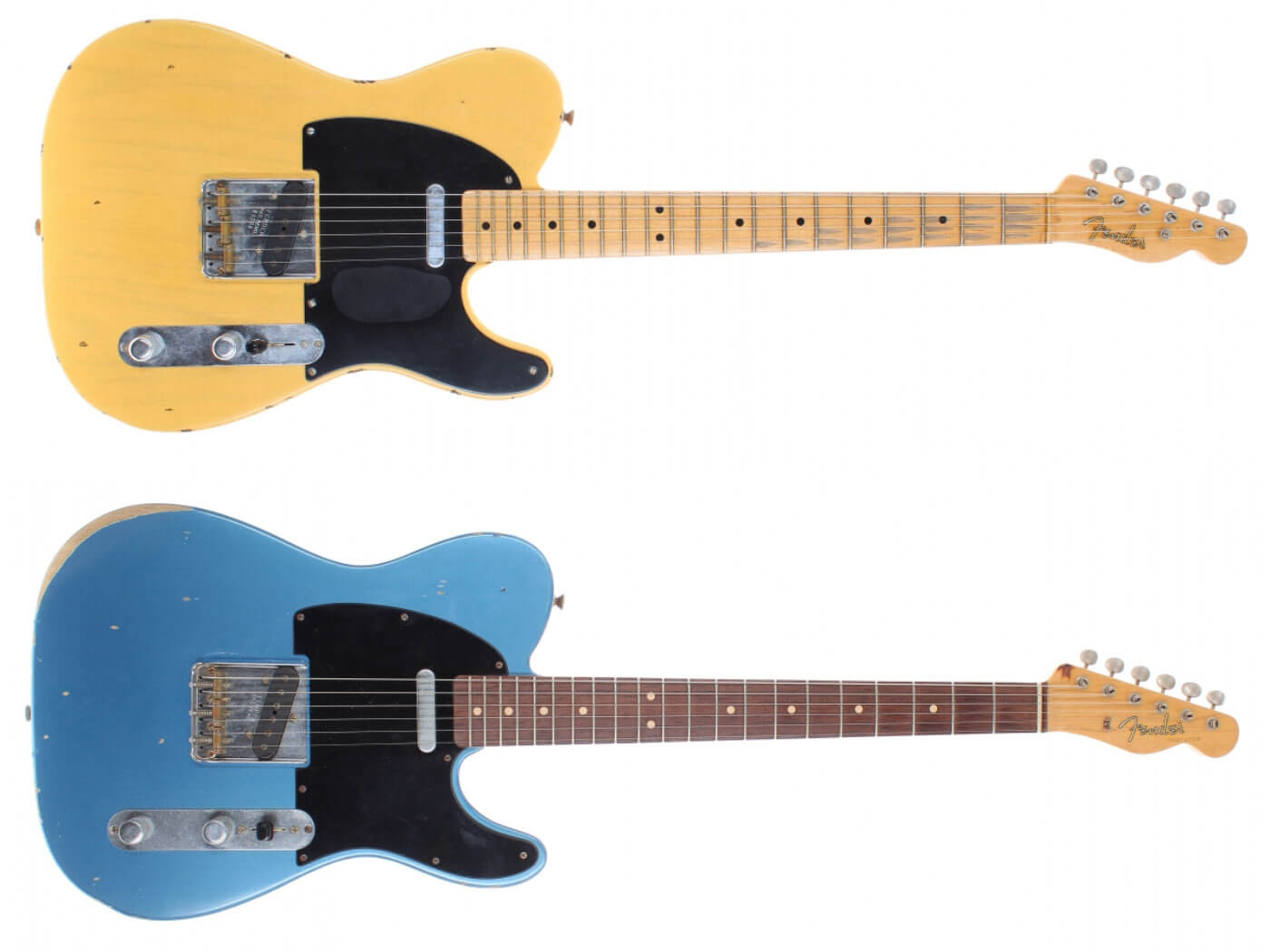 There are many of Fender Custom Shop guitars at this auction. Standout models include a 2001 replica of a 1951 Nocaster, with a relic’d butterscotch finish. Its ageing is relatively heavy, with finger-gouges in the finish up along the fretboard.

There’s also a 2002 replica of a 1963 Telecaster, this time with a relic’d lake placid blue finish. The ageing includes deep forearm wear on the body. Both of these guitars bear vintage-correct hardware, including three-saddle barrel Telecaster bridges and aged control plates. 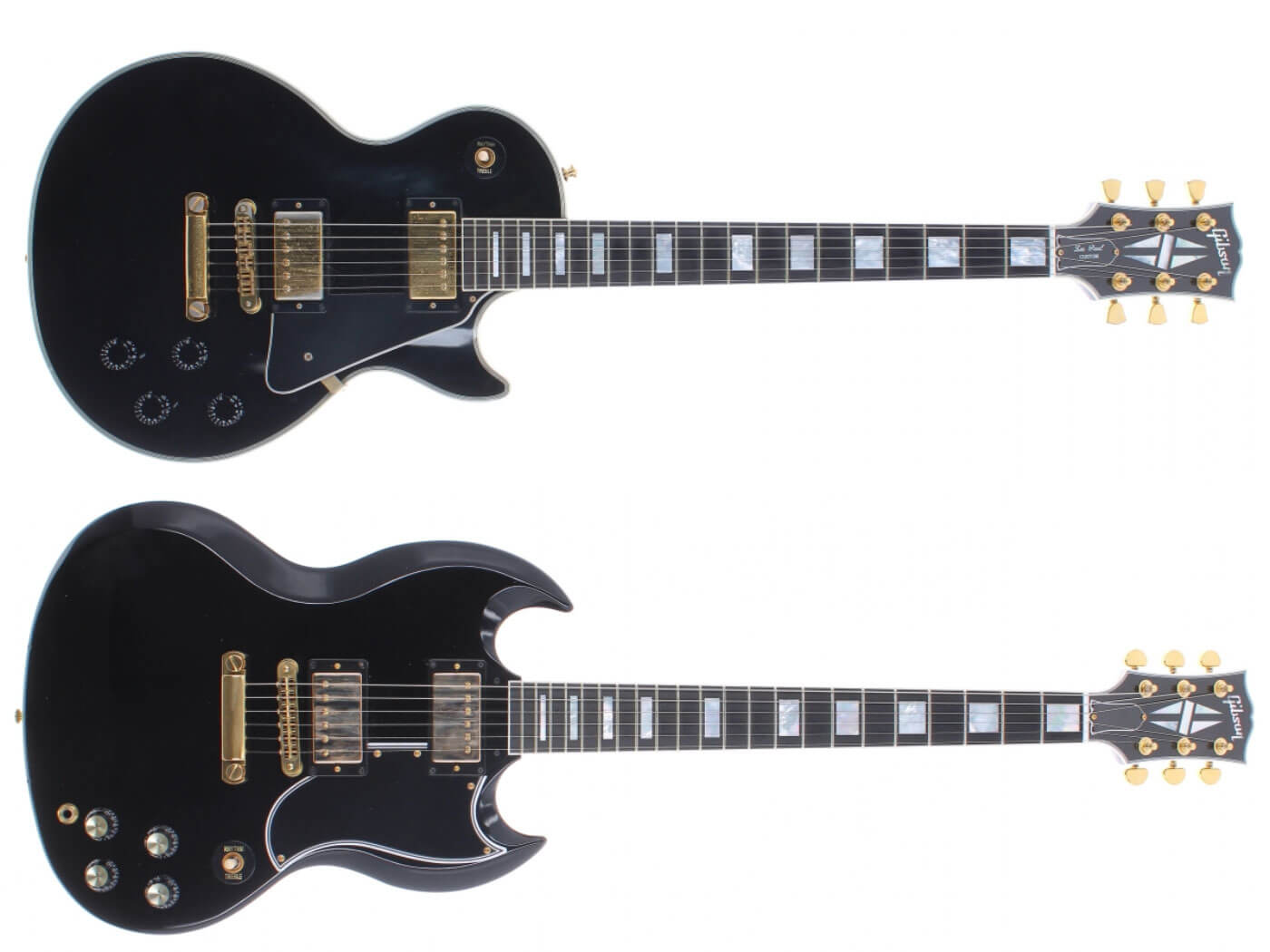 Gibson’s ‘Custom’ colour scheme of a black finish with gold-plated hardware is on full display with both of these Gibson Custom Shop models. The 2004 Les Paul Custom has some natural dings and marks, as well as some loss of the gold plating on the hardware. The 2019 SG Custom, being younger, is in “very good condition.” Both come with their original hard case, and the SG comes with its certificate of authenticity.

See the full listings over at gardinerhoulgate.com.