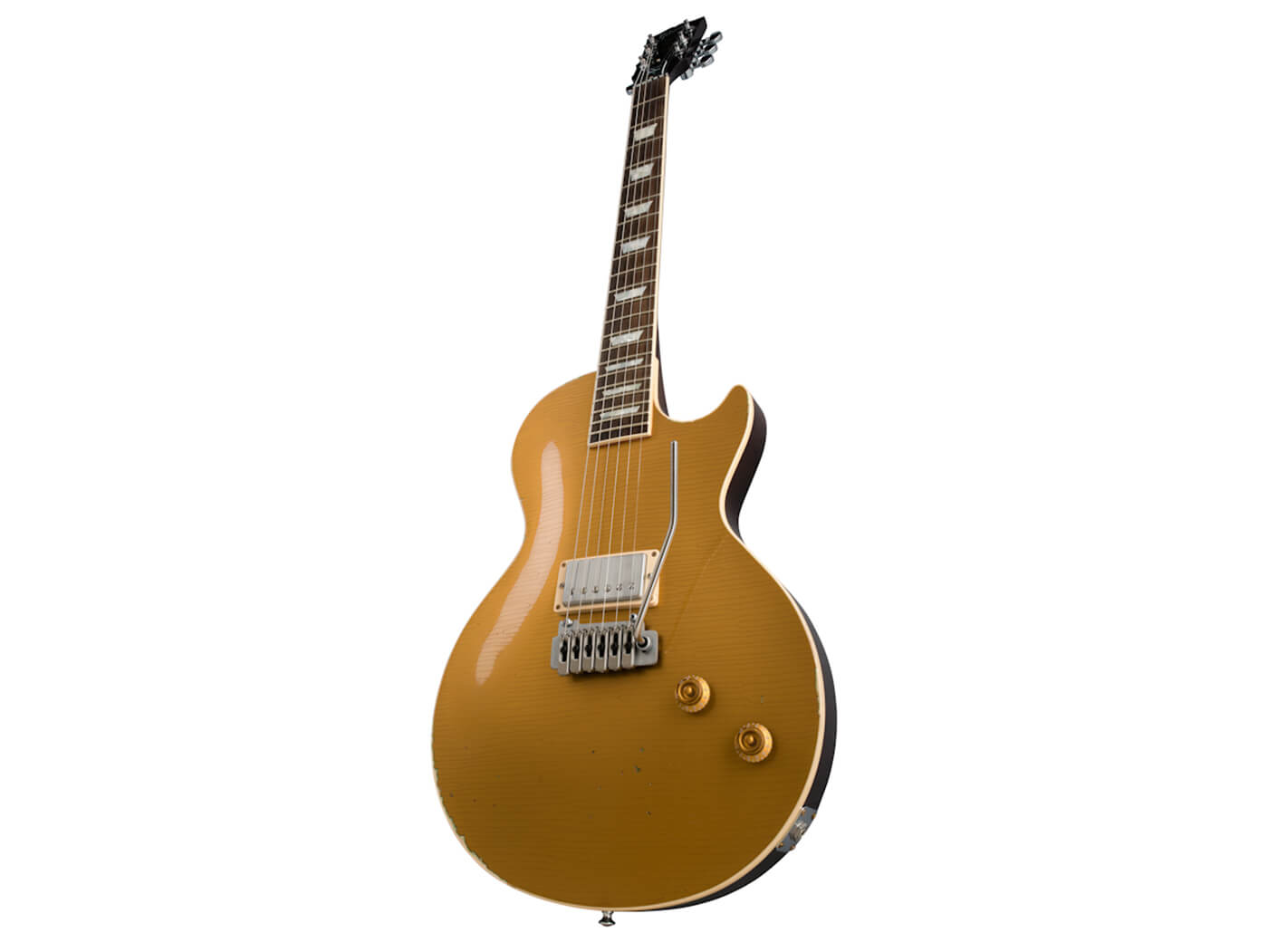 In terms of tonewoods, Gibson and Perry have opted for a two-piece plain maple top, a solid mahogany neck – custom Joe Perry ’59 C-shape – and an Indian rosewood fingerboard.

The guitar also boasts a single 498T humbucker at the bridge that’s wired to one master volume and one tone pot with push/pull coil-splitting function. Below the bridge pup sits a Wilkinson/Gotoh VS100N two-point spring tremolo system.

Stylistically, the Gold Rush arrives in an Antique Gold finish that’s been hand-aged at Gibson’s Custom Shop. The aim of this process was to give the guitar a “worn, broken-in feel and aesthetic”, according to Gibson.

The Gibson Gold Rush will be in limited supply, with only 25 signed and 125 unsigned models available worldwide.

For more info, head over to gibson.com.