Gibson teams up with Triumph Motorcycles to create a one-of-a-kind custom guitar and motorcycle, The 1959 Legends

Inspired by the year 1959, the collaboration is made to benefit the charity efforts of The Distinguished Gentleman’s Ride.

Electric guitar pioneer Gibson has recently collaborated with Triumph Motorcycles to create a unique custom guitar and motorcycle in the name of charity. Entitled the 1959 Legends, the custom edition Les Paul Standard reissue and Bonneville T120 reissue will be offered as the highest fundraiser award in support of men’s mental health and prostate cancer awareness.

Drawing inspiration from the year 1959, the time in which both the ‘holy grail’ of guitars, the Gibson Les Paul Standard and the iconic Triumph Bonneville T120 motorcycle made their debut, the collaboration pays homage to the timeless connection between music and motorcycle culture.

As part of The Distinguished Gentleman’s Ride, a globally-held event that raises funds for men’s mental health and prostate cancer awareness, the two new releases will be offered together as an award for the participant who raises the highest number of donations for the event.

This partnership with The Distinguished Gentleman’s Ride comes to represent 9 years of sponsorship from Triumph, in which over 100,000 riders in over 900 cities globally have raised a collective total of $31 million in donations thus far.

Known for its inextricable connections to the rock and roll music scene, the 1959 Legends custom guitar is made to represent the golden age of Gibson and reissue an instrument that is just as versatile as it is iconic. 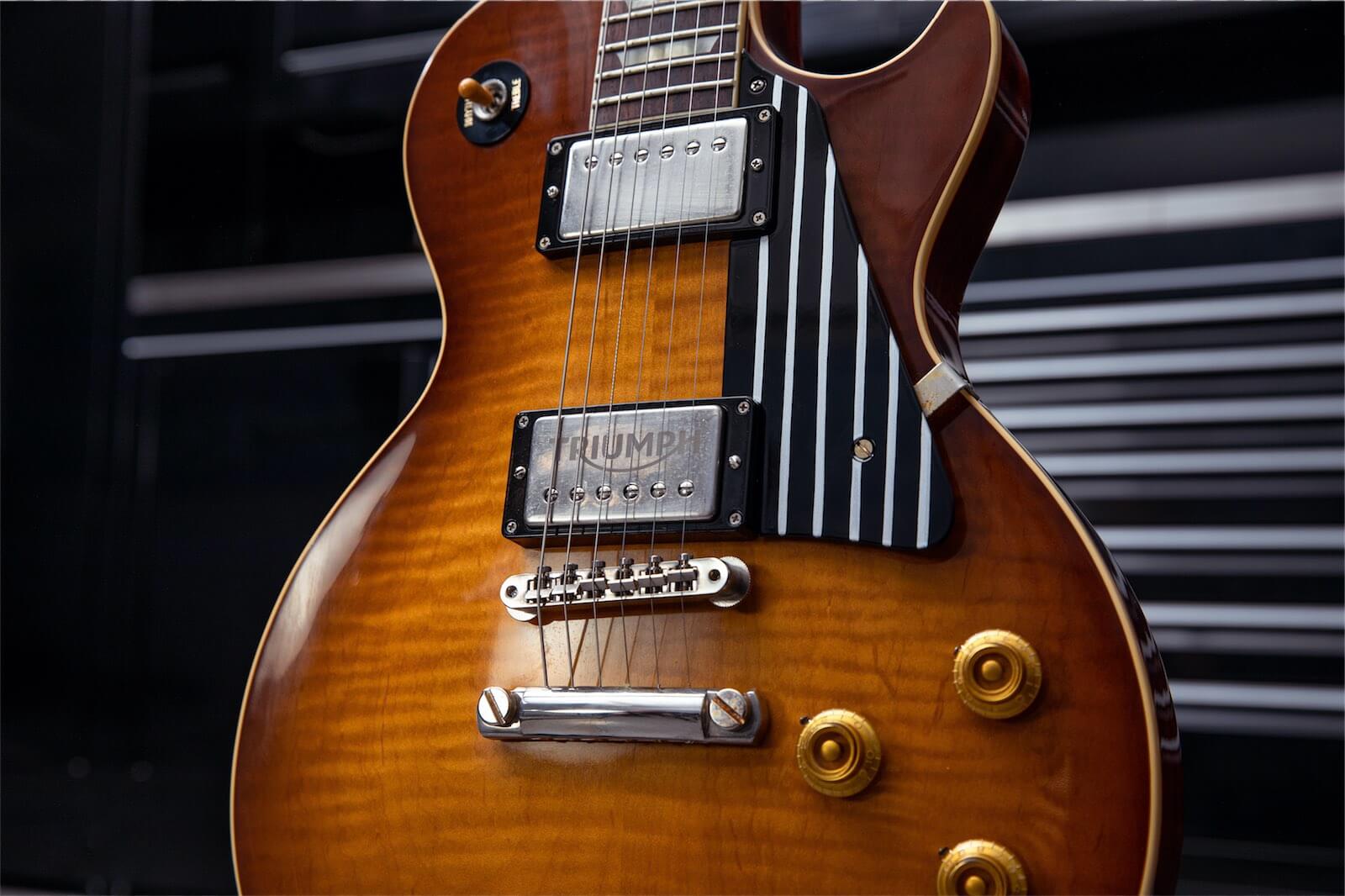 Features of which include a unique jet black scratch plate with hand-painted coach lining (made to resemble the engine cooling fins of the classic Bonneville T120), a painted and hand-finished reissue switch backplate featuring the “Triumph Gibson 1959 Legends” logo, the Triumph logo laser etched into the lower pickup cover and an electroformed metallic gold Triumph badge applied to the headstock.

Similarly, the Triumph reissue motorcycle also seeks to reconnect with the iconic Bonneville T120, which also made its debut in 1959.

Using bespoke, hand-crafted details to draw parallels to the Les Paul, the custom-made paint scheme is designed to match the Iced Tea Burst Finish of the guitar, whilst the custom brown leather seat matches that of the distinct Gibson guitar case.

The Distinguished Gentleman’s Ride 2022 initiates 22 March. Find out more about the fundraiser on the event’s site.