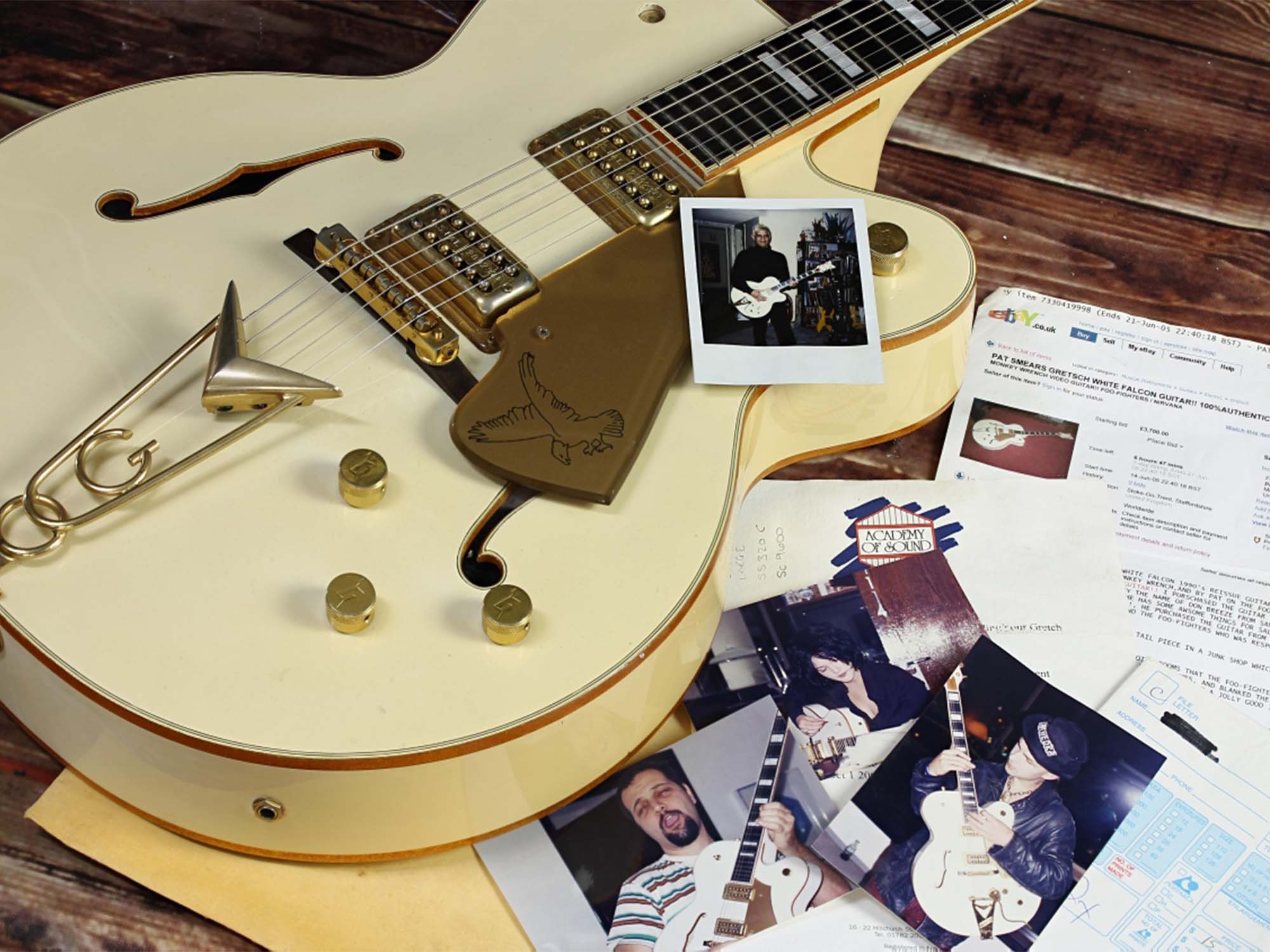 A 1990 Gretsch White Falcon guitar used by Dave Grohl and Pat Smear is due to go up for sale at an auction in September this year.

The guitar can be seen in the music video for Foo Fighters track Monkey Wrench, from the 1997 album The Colour And The Shape, being played by Grohl. It was originally owned by Pat Smear, who used the guitar for the album’s original recordings too.

The White Falcon is being sold with polaroid photos which include one of Smear holding it and two photos of it being played – one by actress Drew Barrymore and one by film director David Markey. Each are dated 2/19/96.

It was also used on various Foo Fighters tours and has orange sparkle binding, an ebony fretboard, a modified Cadillac tailpiece, and modified switching. Its original hard case will also come with it, which hosts white tape labelled “Stays on the bus” and one stating “Falcon”.

The guitar is being sold through specialist music auctioneers, Gardiner Houlgate. Auctioneer Luke Hobbs said (via ITV): “This is a very exciting guitar as it’s one of the few owned by Foo Fighters, arguably the biggest current rock band on Earth, ever to come to public auction. Monkey Wrench was the band’s breakthrough single and also the first to feature drummer Taylor Hawkins, who died tragically this March.”

He continued, “I’m expecting interest from around the world. The fact that it features so prominently in the band’s iconic Monkey Wrench video makes it all the more attractive to collectors and fans.”

You can find out more on the auction website here.