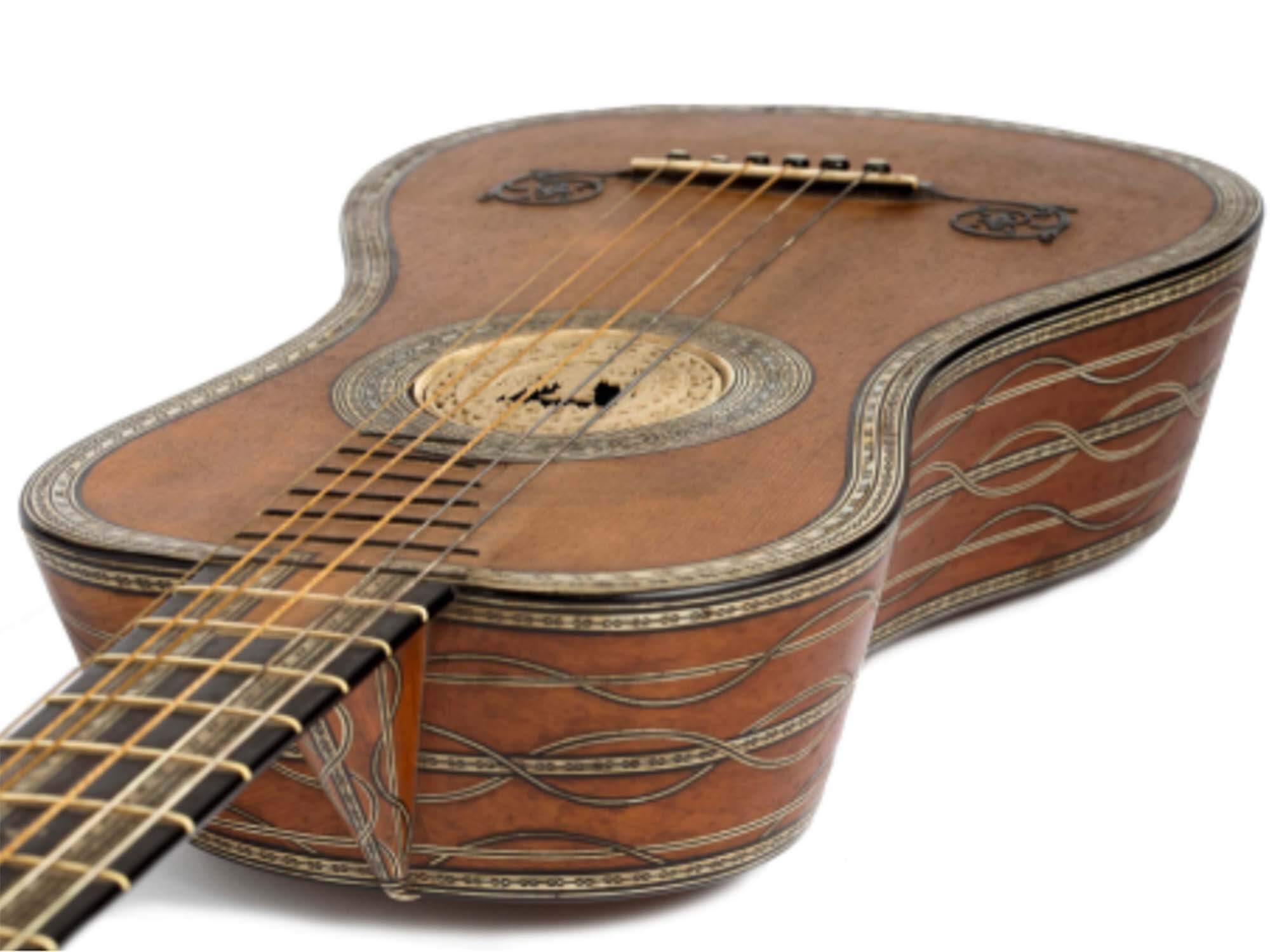 A guitar gifted by Marie Antoinette is going up for auction and is expected to sell for at least $84,000.

The French monarch’s gift is being auctioned off at the auction house Aguttes in Paris and was believed to be originally gifted to the Marquise de La Rochelambert-Thévalles, daughter of Louis XV, in the early 1800s, before eventually being passed down through the family and preserved to this day by descendants.

The guitar itself, named “en bâteau” which roughly translates to “a boat trip”, was constructed by Jacques-Philippe Michelot around 1775. It dons a fruitwood body and is decorated with ivory and ebony inlays. The guitar also features an ivory rosette which represents two doves embracing on a temple of love.

While there is no documentation to date that the guitar was a gift from Queen Marie Antoinette, historians such as Patrick Barbier reported in his book Marie Antoinette et la Musique that she would often buy numerous musical instruments for her close circle, and therefore the notion that this gift was given by the Queen is “quite likely” according to Barbier.

Other guitar auctions have been popping up around the globe over the past few months, as the guitar that Don McLean used to write and record Vincent went up for auction last month, eventually selling for $156,250.

Signed guitars from the Taylor Hawkins Tribute were also auctioned, but to raise money for mental health charities. One of the guitars eventually sold for a staggering $22,400.

For more information about the auction, you can visit Aguttes.com.