The Play subscription also allows you to view a simplified version of the songs on the service. 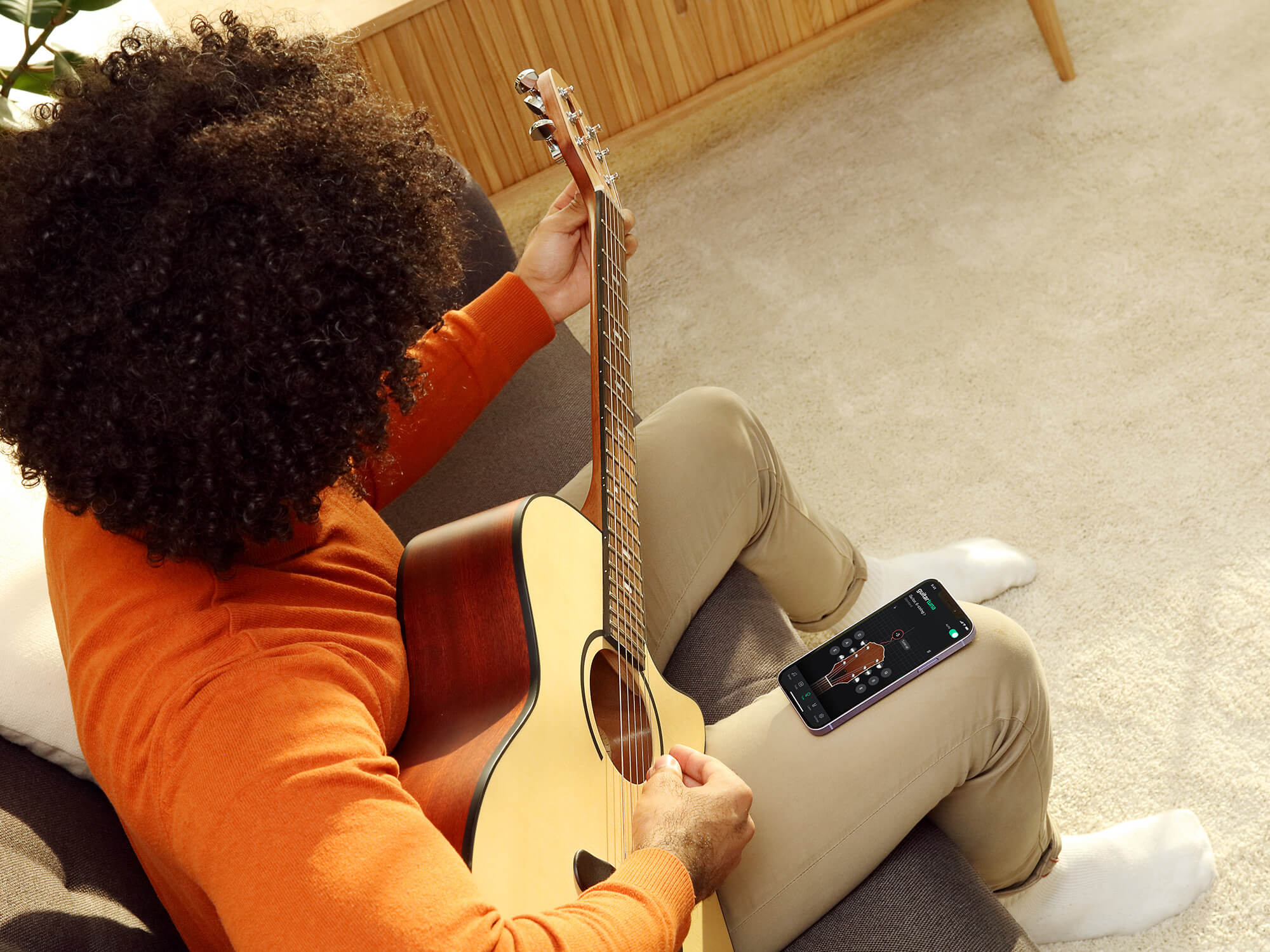 Yousician’s GuitarTuna app has added a new subscription-based service, GuitarTuna Play. Subscribers will gain access to a library of chord charts, with an AI-driven auto-scrolling feature and two levels of complexity.

GuitarTuna Play is an addition to the base tuner app, available for a subscription of £6.99 a month, with a seven-day free trial available. Once subscribed, users will gain access to a number of extra features for the tuning portion of the app – most importantly, alternate tunings and a chromatic mode. 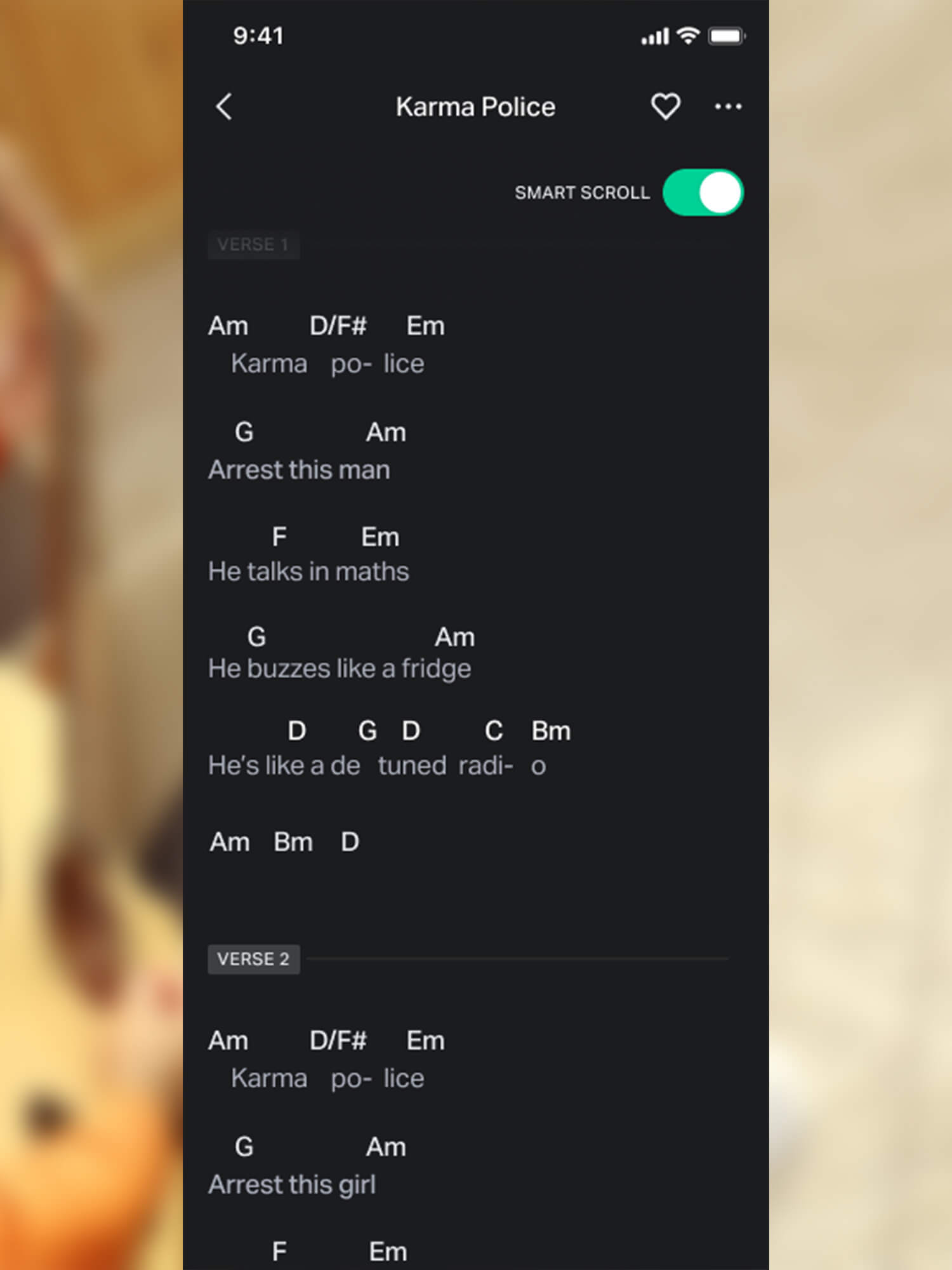 The GuitarTuna Play subscription’s main attraction is its library of chord transcriptions. The song library doesn’t allow you to stream the actual songs alongside the chords, however, its innovation comes in the form of its AI-powered Smart Scroll feature: this uses your phone’s microphone to listen to your playing, scrolling the chord chart as you play and according to your tempo. Each song on the service also has a simplified version, helping beginners get to grips with their chosen tracks with easier chord voicings.

The library of songs is ever-expanding, with new transcriptions being added all the time.  However, at the moment, there’s no implementation of tabs for riffs, or rhythmic notation for chord strumming patterns.

There are a number of other tools, such as a library of chords that can be learnt with several games and an ear-trainer. 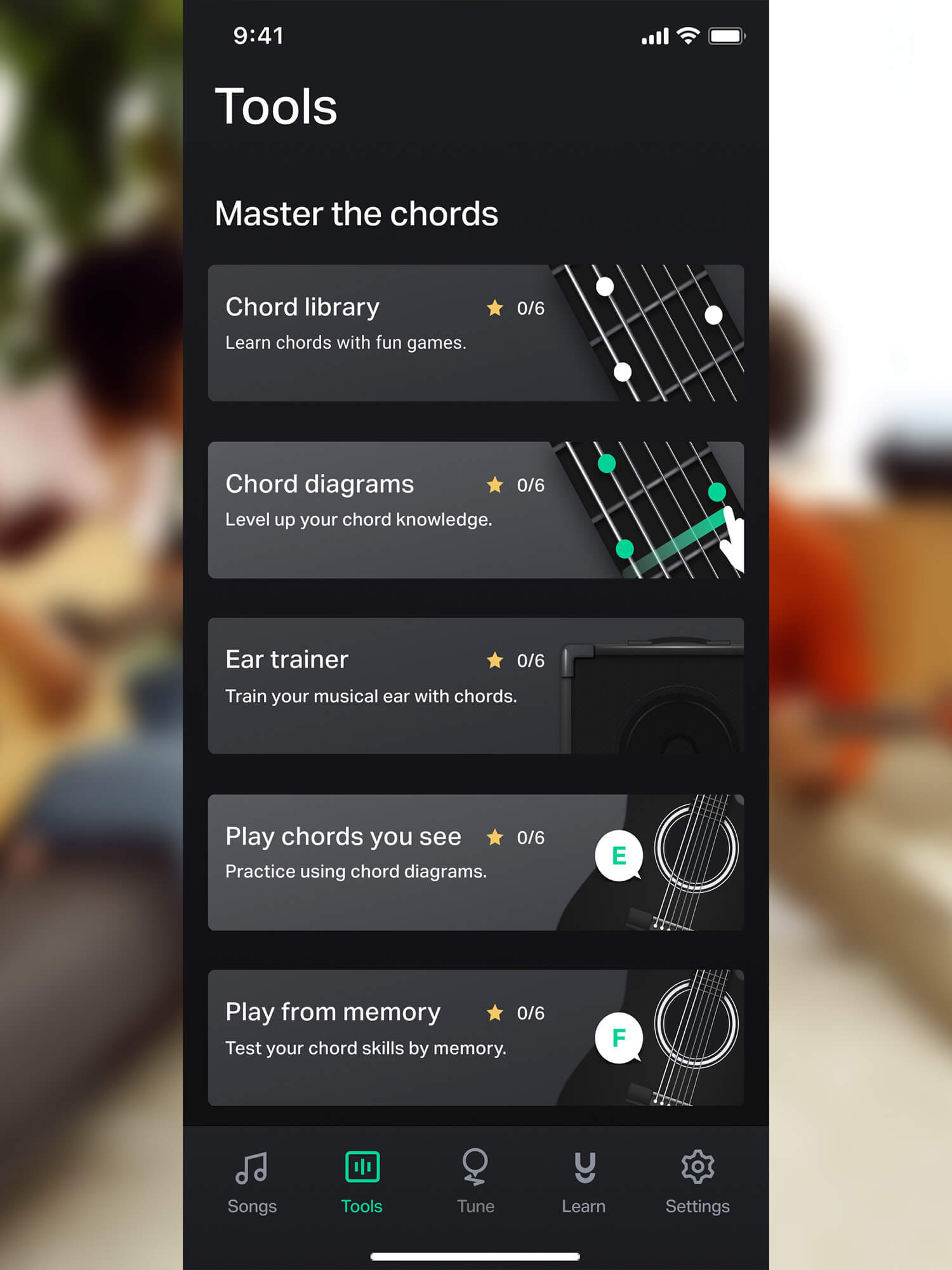 Yousician’s Elena Zozulya said of the launch in a press statement: “Guitarists no longer need to spend myriads of time looking for high-quality songs online. With GuitarTuna Play, they can [be] rest assured original and simplified song versions created by professional musicians sound exactly as they should.

“We remove the interruptions of manual song scrolling or clunky auto-scrolling and deliver the first truly intuitive song play experience. By bringing songs to the world’s most popular tuner app, we are now providing the ultimate digital companion that empowers guitarists to do what they want: just enjoy playing the music they love.”

Check out Youcisian’s introductory video below.