The original sound system was created in 1973 specifically for the band’s live performances. 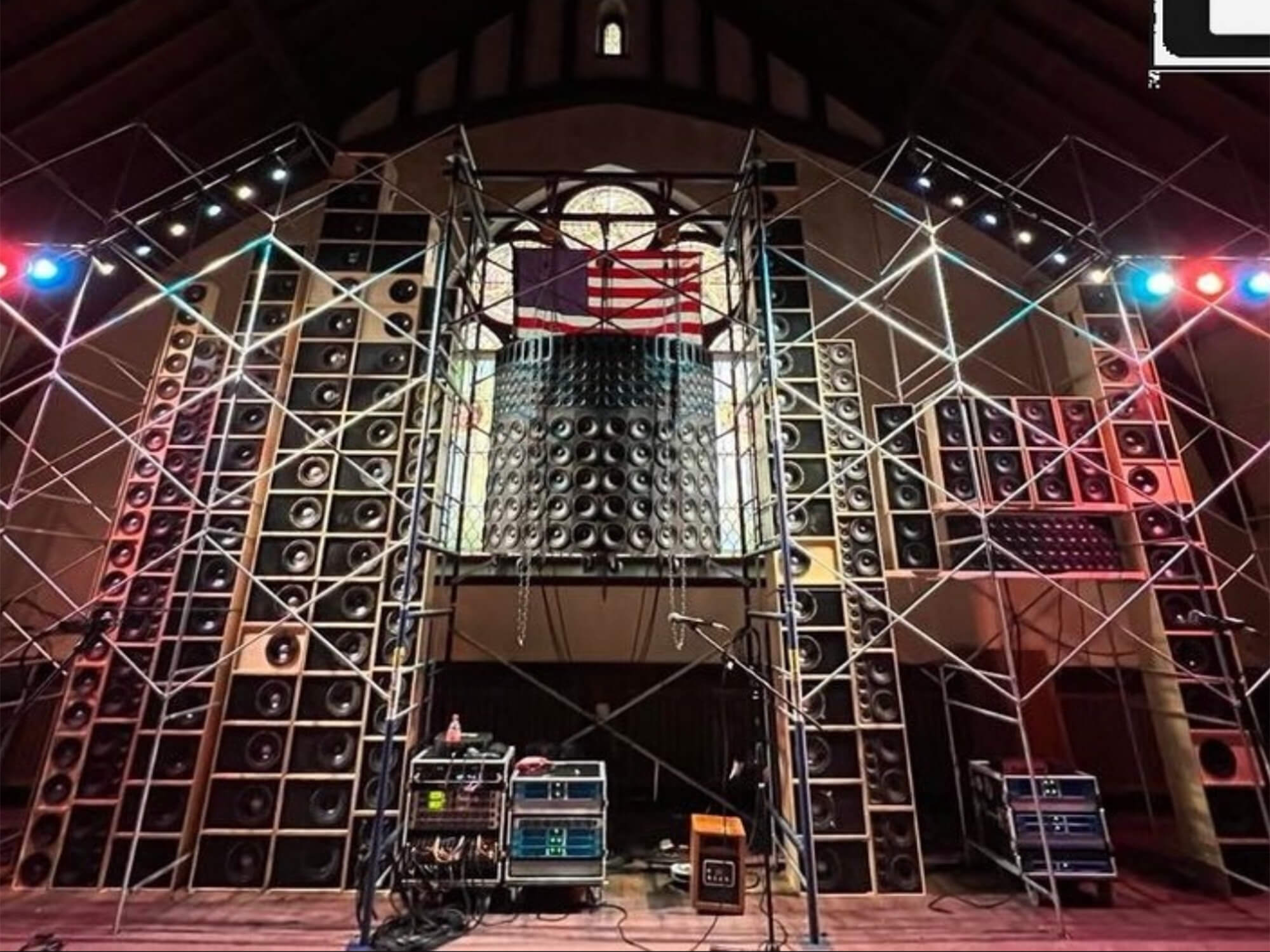 A scaled-down recreation of Grateful Dead’s iconic wall of sound is up for sale, with hopes that it will be able to fund a full-scale build.

The scaled-down recreation was built by Anthony Coscia, who used speakers from mobile phones, alarm clocks, and other small electronic devices to recreate the legendary wall.

Coscia has built his way up (excuse the pun), having previously made a one-quarter-scale model, up to the half-scale replica which is housed at Granite Church in Redding, Connecticut, which Coscia claims is far too small for the system, but was suitable for testing purposes.

Coscia’s goal now is to sell or rent the half-scale model to fund a full-scale recreation instead. In the caption of an Instagram post, Coscia explained, “I know this is lengthy but it’s necessary and I hope you will take the time to read this and help this project move into its final phase.”

He explained, “So many people ask how they can see the wall, will it be going on tour etc. This is a difficult question to answer. The ultimate goal of this project is to use it to fund the full scale wall of sound which I will start as soon as I have this wall placed. every penny donated or earned from these projects and much more has been reinvested into the project.”

You can read the full post and watch a video of the half-scale model in action below:

A post shared by Mini Wall of Sound (@mini_wall_of_sound)

The original Wall Of Sound was crafted in 1973 for the band’s live performances by Owsley Stanley as a distortion-free sound system that could also serve as its own monitoring system. It was the largest sound system built at that time.

The Wall Of Sound combined six independent sound systems using eleven separate channels. Vocals, lead guitar, rhythm guitar, and piano each had their own channel and set of speakers.