Just one of the brand’s many new releases for 2023. 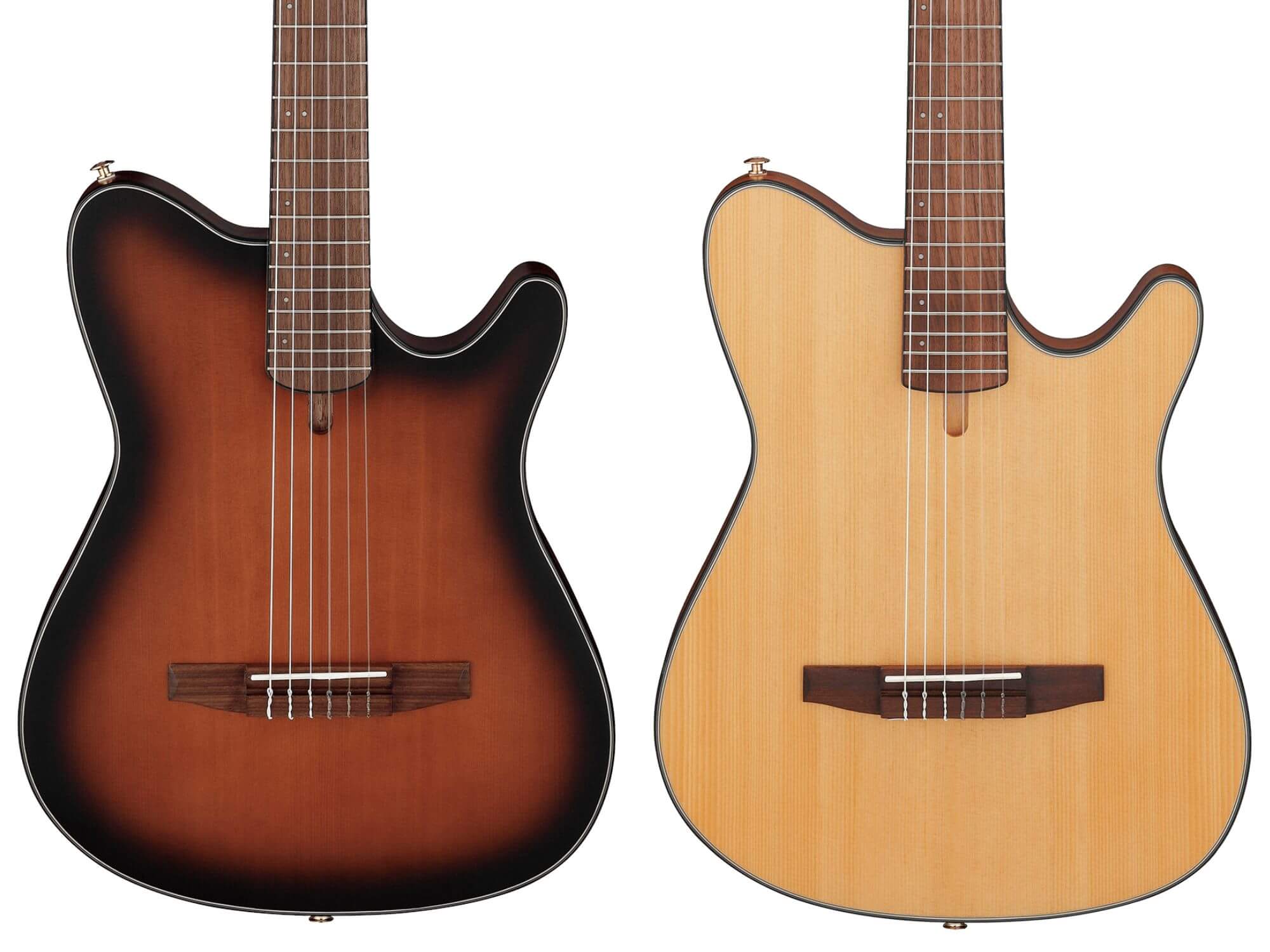 Following its newly unveiled range of 2023 electric guitars, released as part of the Axe Design Lab range, Ibanez has now added yet another new guitar to its collection.

Dubbed a more-affordable version of the TOD10N – which was made popular by the Polyphia guitarist back in October – the new design is almost identical to the signature model.

Named the FRH10N, similarities shared with the original nylon-string guitar are vast. These include the solid Sitka spruce top with Sapele back and sides, the side-mounted soundhole and the walnut fretboard-topped Nyatoh neck, which comes in a C-shape profile.

Similarly, both designs are structured in a way that can generate Polyphia’s signature flamenco-inspired sound. This is done through the interior construction, which, in both instances, incorporates fan bracing, similar to that of classical guitars.

Priced at $499, significantly less than the $699 original, the FRH10N does, of course, come with some differences from its more expensive counterpart.

These include the undersaddle pickup, which has now changed from a Fishman Sonicore to the brand’s own T-Bar design, and the new singular 9V power source, which replaces the original’s two CR2032 batteries.

Elsewhere, the built-in controls found on Henson’s signature model have been removed and the impressively detailed ‘Tree of Death’ inlays are replaced by simple white dots.

The FRH10N is available to pre-order now and comes in Natural and Brown Sunburst finishes. Find out more about the new nylon-string guitar on Ibanez’s website.