A compact device with dual channels and eight delay types. 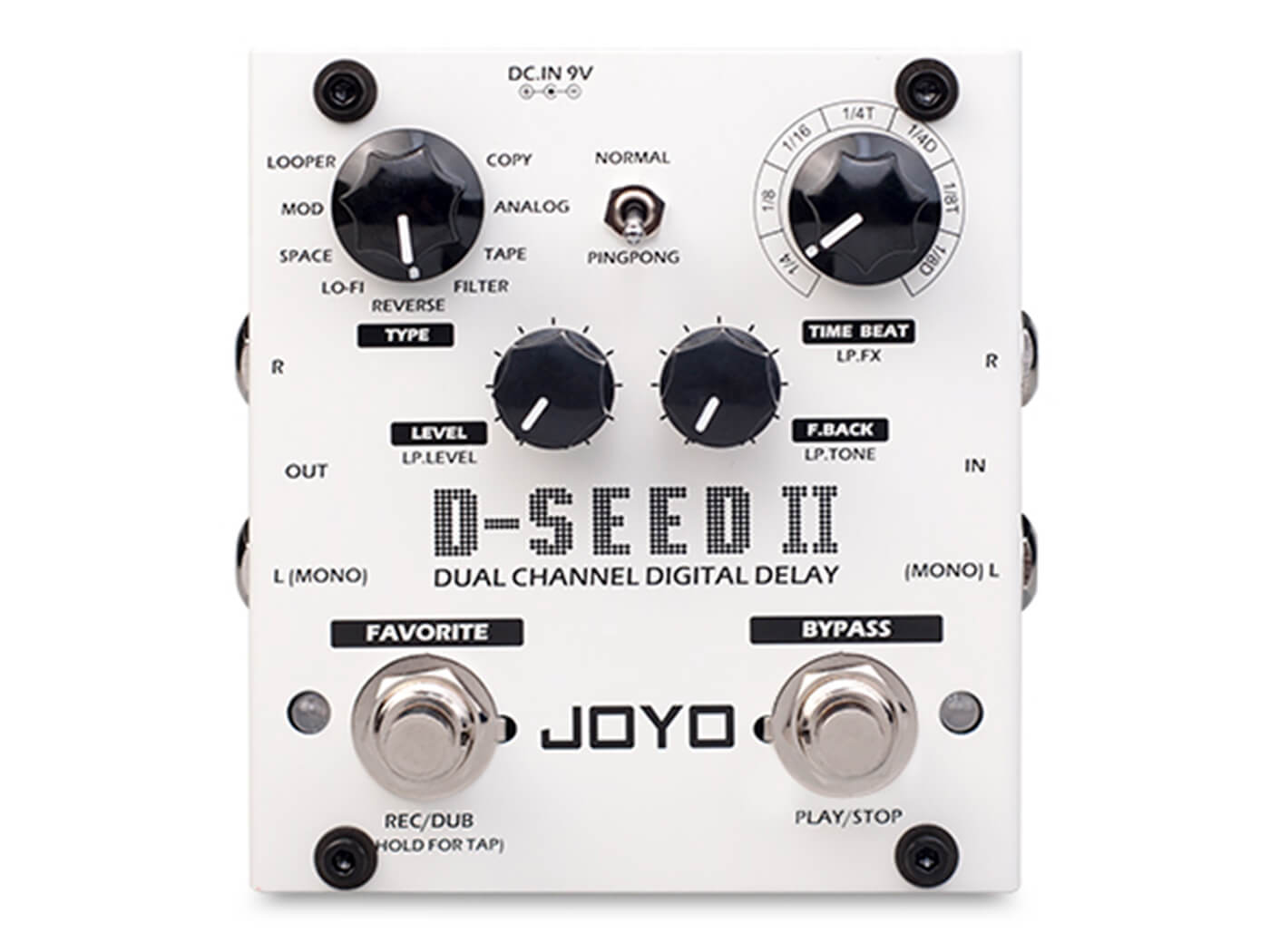 The second edition of the D-Seed comes with new algorithms and eight delay types. The latter comprises Space, Lo-Fi, Tape, Copy, Analogue, Modulation and Reverse, each with a delay time of up to two minutes.

Other notable features on the D-Seed II include a PingPong effect and a looper function. The former, engaged via a toggle switch, creates a stereo delay effect, while the latter provides up to three and a half minutes of recording time, Joyo claims.

As for controls, the pedal sports four knobs, including Type, Level, Time Beat/Lp. Fx and Feedback/Lp. Tone. It also comes with two footswitches for on-the-fly looping: Rec/Dub and Play/Stop.

Check out a demo of the pedal below:

Retails at $89. More info at joyoaudio.com.