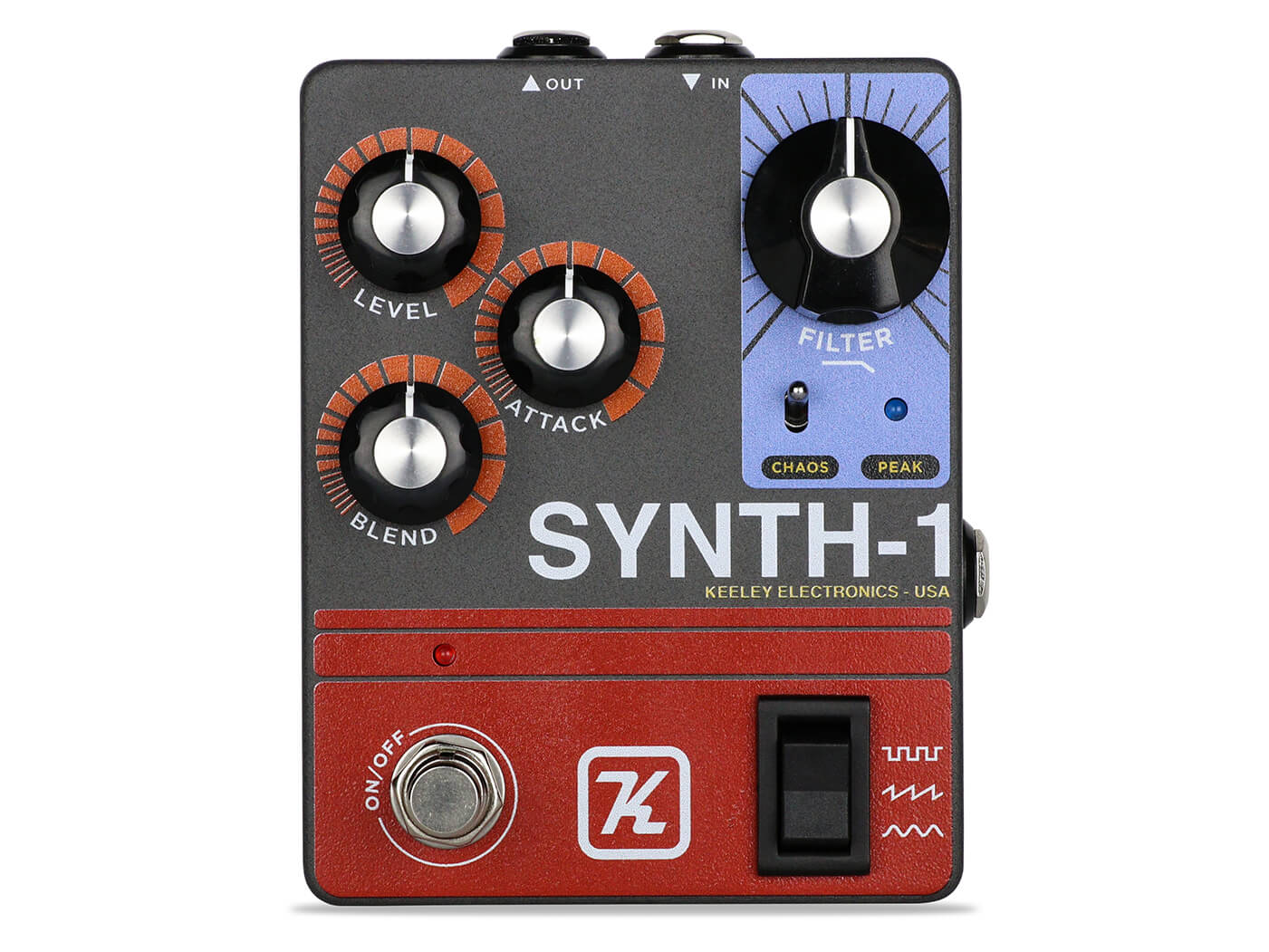 Last month, Keeley gave us a peek at its NAMM 2019 pedal line-up. Now, one of the standouts from the show has been rolled out: the Synth-1 Reverse Attack Fuzz Wave Generator.

The pedal features a guitar-triggered, single-note wave generator that produces fuzzy synth waves. It’s capable of some far out sounds, ranging from “unnatural fuzz noises to pseudo-harmonic, random glitchy counterpoint,” according to the brand.

These far out sounds are courtesy of the aptly named Chaos switch, which changes the type of input detection used. In normal mode, the pedal uses positive and negative peak detectors, similar to the Boss OC-2, resulting in a stable and consistent output.

Flick the switch over to Chaos mode, however, and things start to get unpredictable. When used with saw or square waves, zero-cross detection is utilised to obtain the waves’ pitch. This mode doesn’t fare well with isolating the fundamental signal from harmonics, resulting in a more unstable output, instead.

When Chaos mode used with sine waves, on the other hand, a standard octave down is employed alongside another slightly detuned octave to generate a flanging-like modulation. The signal is then distorted through hard-clipping.

Check out Robert Keeley’s breakdown of the Synth-1 below:

Pre-orders at $179. More info at robertkeeley.com.