New reverb algorithms are the standout feature in this update. 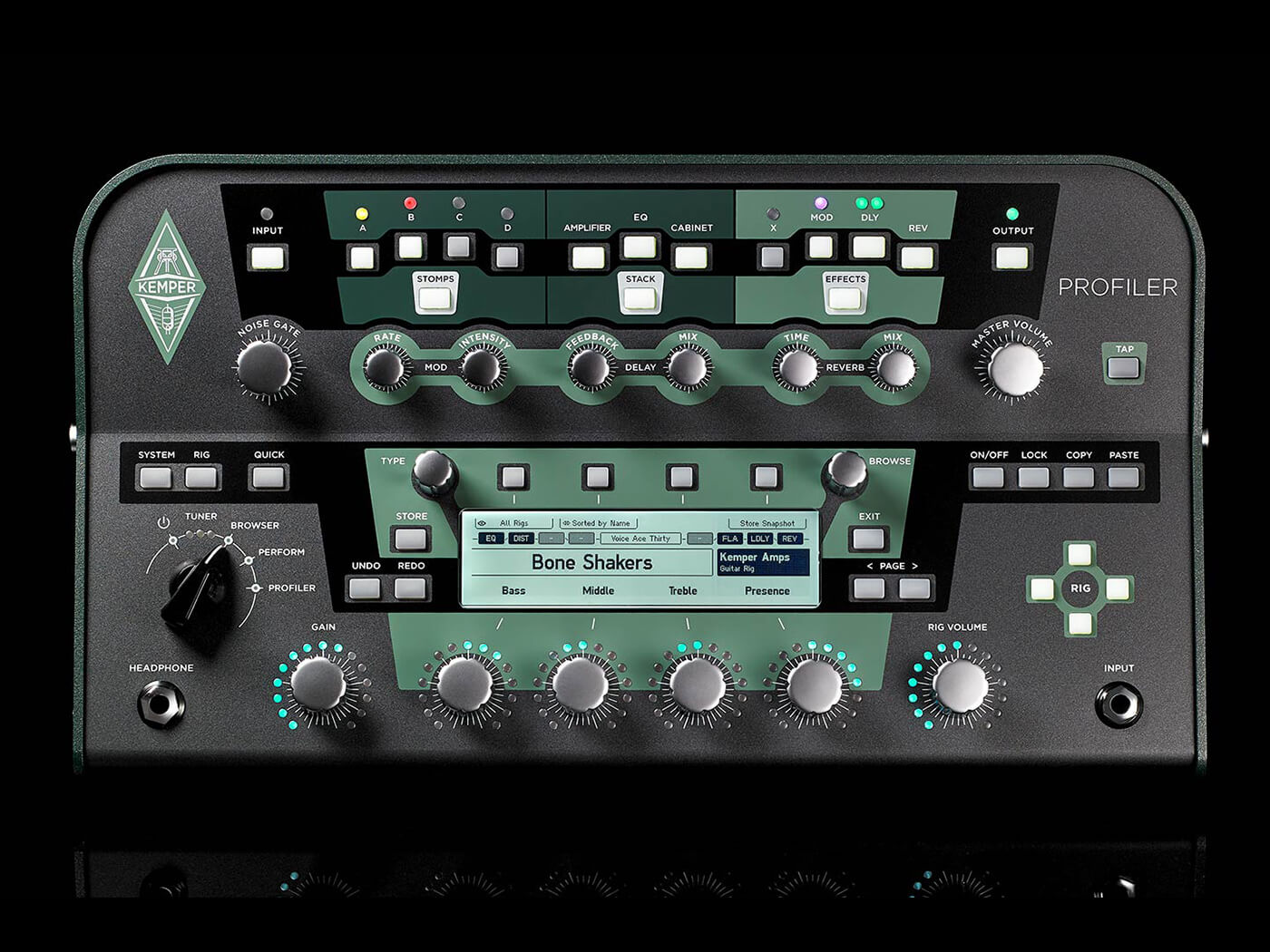 Kemper has released OS 5.7, an update for the Kemper Profiler that comes with five new reverb algorithms, a Space effect and a Legacy Reverb option.

OS 5.7 beefs up your Profiler’s bank with five big machine-type reverb algorithms. Not much has been shared about the Easy Reverb option, but the other four choices have some interesting features. Here’s a closer look:

This algorithm is inspired by a 1963 Reverb Tank and is designed with a steep low-cut filter that reduces low-end, and also features an intensity parameter – named Dripstone – that aims to recreate the original tank’s ‘dripping’ effect.

The Natural Reverb aims to provide a range of different-sized room ’verbs. This algorithm also comes with plate reverb simulations as well as artificial and synth-type reverb pads.

The Echo Reverb combines reverb with delay trails. It’s similar to the above algorithm, but includes a feedback control that you can use to dial in some pre-delay. If you need an alternative to traditional delays and their straight repetitions, the Echo Reverb can provide you with “diffused and soft echo reflections”, according to Kemper.

This algorithm aims to deliver long, ethereal-like reverb tails which are complemented by slow reverb onsets. Its modulation pattern is designed to be consistent, unlike the Natural Reverb, as Kemper claims.

This effect is identical to the Space option found in the Profiler’s output section. It’s meant to produce the natural reflections of a small, neutral-sounding room. Designed to be the shortest possible room effect, it has no deep parameters. There’s only an Intensity control to govern the effect’s strength.

The Legacy Reverb is modelled after the Profiler’s first reverb algorithm. It has been included in this update to cater for full backward compatibility with rigs predating this update.

Learn more about these new features in the two videos below:

Download OS 5.7 here, and head to kemper-amps.com for more info.