Bill Finnegan is taking offers on his #001 Klon Centaur

Looking for the ultimate collector’s item? 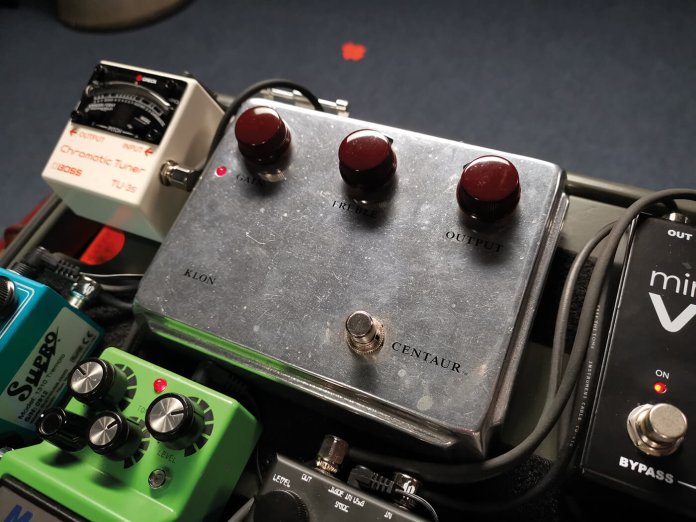 Legendary pedal maker Bill Finnegan has revealed that he might consider selling his #001 serial number Klon Centaur, if he got the right offer.

The pedal was built after the first batch, serialised as #002-#017 as Finnegan knew he wanted to keep #001. It was still from a similar era of Klon, having only been built a week or so following the first batch.

“It’s not here because I necessarily want to sell it,” he explained in his recent update live stream. “But I’ve got expensive house repairs in my future. And so if anyone wants to get all crazy and make a play for #001, you can email me and we’ll figure it out.”

His comments on number one followed him recounting how JHS’ Josh Scott had jokingly tried to sell his #002 Klon (technically, the first-ever made) for $500,000.

What price #001 would fetch is unknown, however given the very mythical nature of the pedal and the already high prices second-hand Klon units sell for, it would probably have to be quite the offer. You can hear the exceptionally rare pedal in action in the archived live stream below.

Elsewhere in the stream, Finnegan revealed that Klon KTR overdrives will soon be manufactured with a different clipping diode, as the brand’s supply of its new old stock (NOS) has begun to run dry. “I’ve tried for [years and years] to find more of those damn things,” Finnegan said. “I’ve really seemingly exhausted every possibility; I just don’t think there are any more of them out there.”

He then revealed to those watching that they had already heard the new diode: it was in one of the KTR pedals demoed earlier, and Finnegan deliberately avoided pointing out which one.

“If you weren’t able to hear any difference, that’s a good thing. That means I’ve done my work,” he said. “I had to modify the circuit, so there are some modified values […] so that the overall result ends up sounding the same.”