It takes its cues from a classic Plexi head. 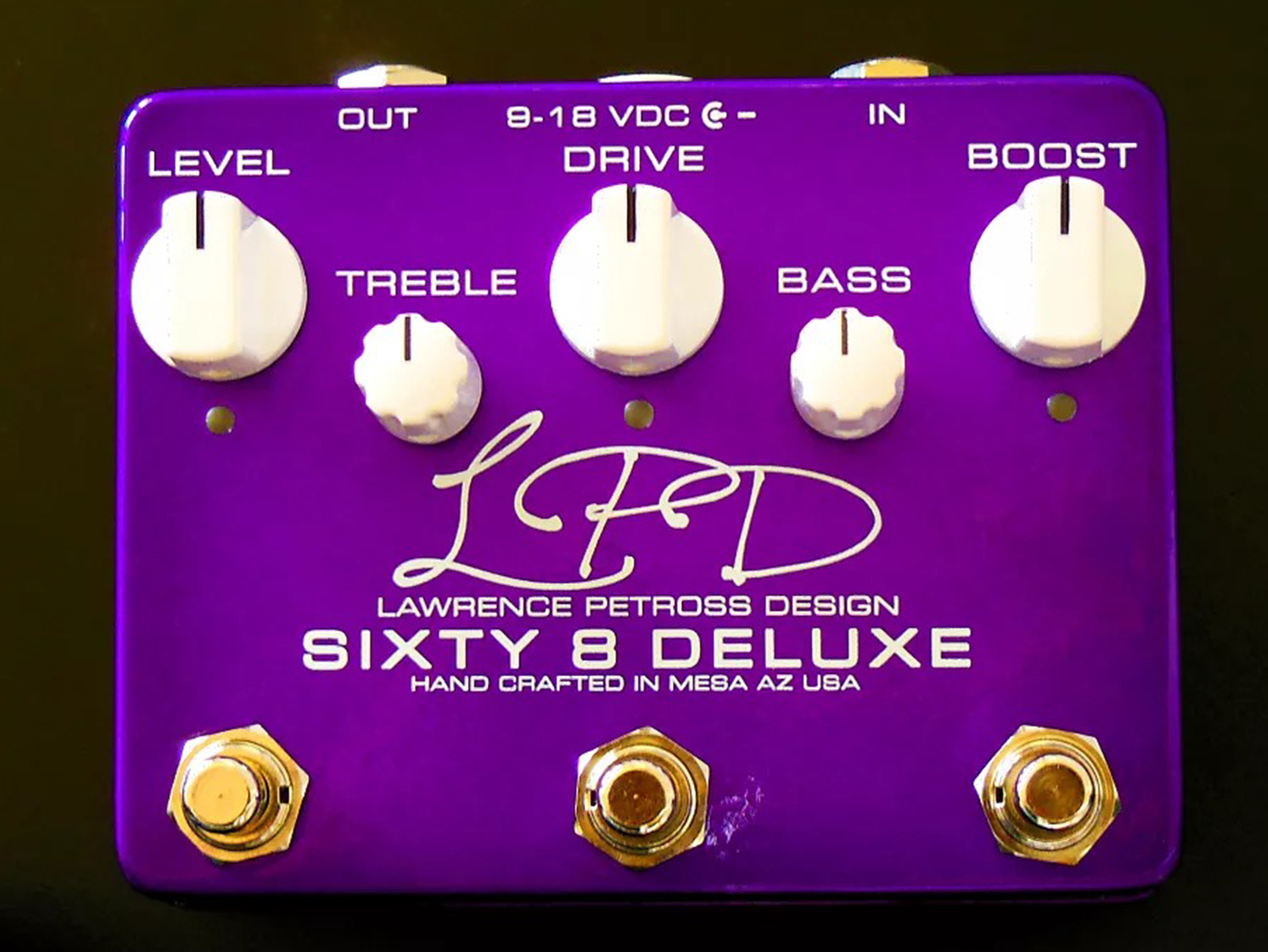 Lawrence Petross Design has unveiled its latest pedal: the Sixty 8 Deluxe Overdrive. The Deluxe, which builds on the brand’s smaller Sixty 8 Drive, serves up a transparent overdrive that’s modelled after a ’68 Plexi amp.

The pedal produces a warm, tube-like overdrive that can be tweaked for a light break-up tone or tuned up to a more commanding distortion. The Deluxe retains the popular sounds of its predecessor, with an added channel for increased drive capabilities.

Tweak to taste with “Level”, “Drive”, and “Boost” knobs, as well as a two-band EQ. It also comes with a set of footswitches for convenience: The middle switch selects between the two channels, while the rightmost switch engages a gain boost.

Retails at $279.99. More information at lawrencepetrossdesign.com.