Just 200 models were made in the extremely limited run. 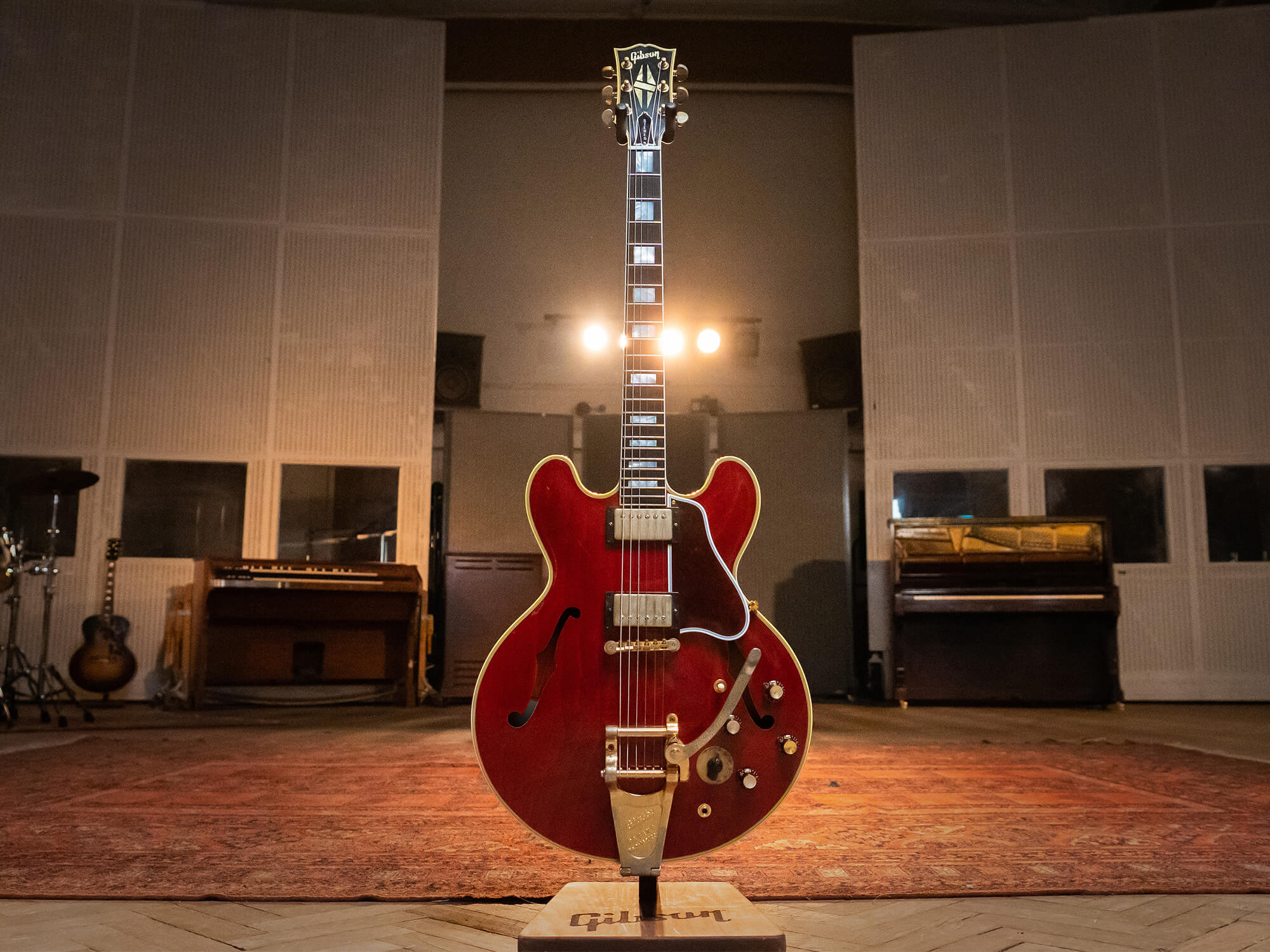 Gibson’s extremely-limited Noel Gallagher ES-355 is already being resold by scalpers for £5,000 over its original price.

Online gear marketplace Reverb already has three of the models listed for sale, each ranging from £12,521.81 to over £13,000. The most expensive listing is at £13,799, is described as unboxed and in mint condition.

Only 200 of the signature models were made, now entirely out of stock, they were originally being sold at $9,999 on the official Gibson website. In a press statement speaking on the signature model, Gallagher said: “Fuck me, what a guitar!”, adding: “I’ve actually sent my main one back to storage, something I haven’t done since the day I bought it… that’s how good it is!”

The model comes with unpotted Custombucker humbuckers, aged gold hardware and a Murphy Lab-aged nitrocellulose Cherry lacquer finish. The guitar joins a signature Epiphone Riviera model for Gallagher, which is listed at a more affordable $899. You can catch him talking about the Riviera in the video below:

Lee Bartram, Gibson’s EU head of marketing and cultural influence, stated that the ES-355 is “THE guitar associated with Noel Gallagher since the late 1990s”, adding, “We have taken our time over the details, we have worked closely with the artist and we have produced not only a truly remarkable recreation of the original but also a beautiful instrument which can be appreciated by all. Gibson Custom continues to push the boundaries of what can be done with new guitar production, this project has been a labour of love for over 10 years, and I’m extremely proud of what has been produced by amazing artisans in Nashville.”

Two out of three of the models listed on Reverb already sit in the carts of eight people collectively as we write this, if you’re crazy enough to join them, you can check out the listings here.