A great gift for the Slipknot fan in your life. 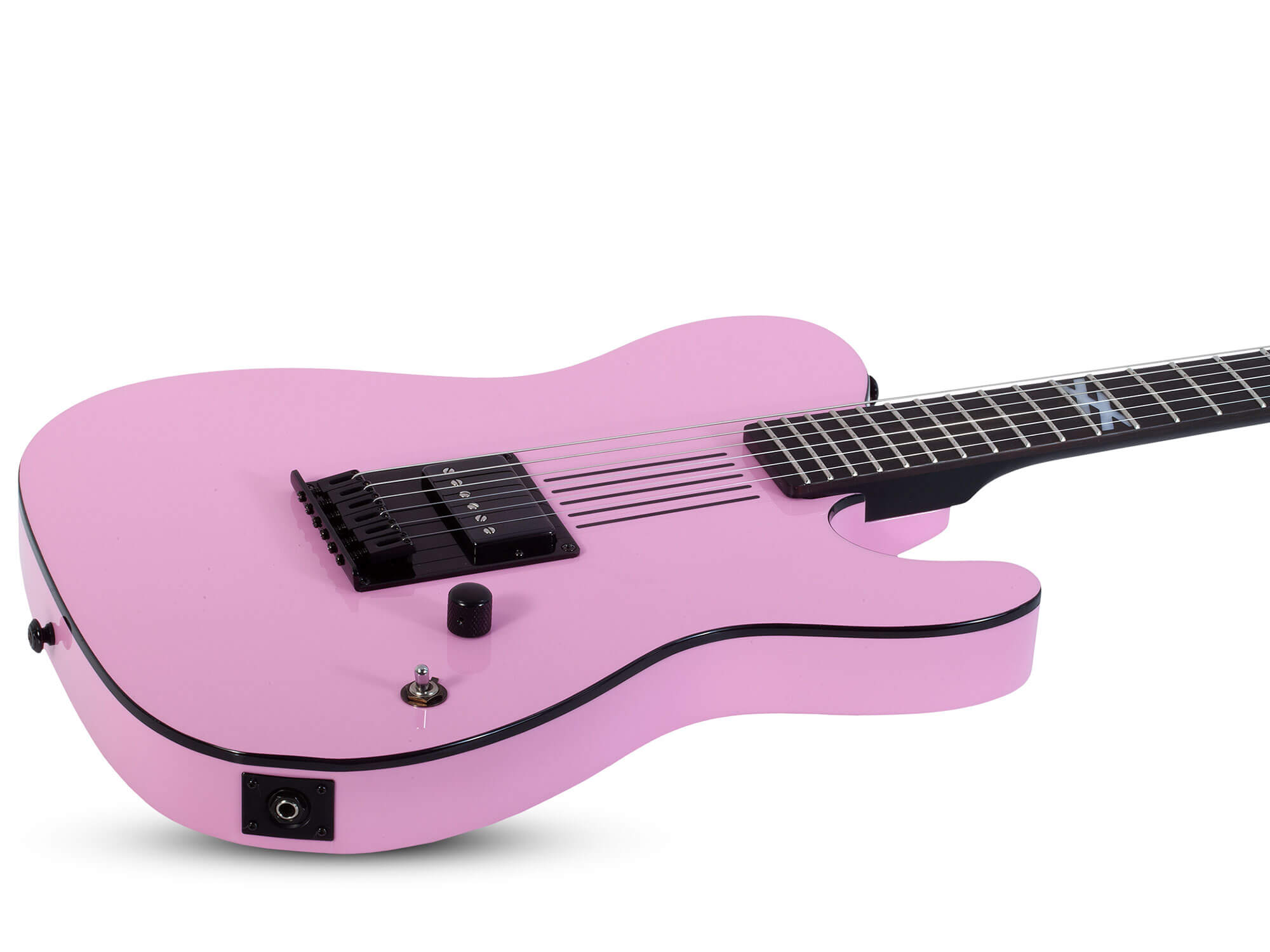 The single-humbucker T-type is finished in ‘Tickets To My Downfall Pink,’ with a black bolt-on maple neck, an ebony fretboard and 24 extra-jumbo frets. Controls for the single Schecter USA Pasadena Plus humbucker are simple enough, consisting of only a volume control and a kill switch.

The flat-carve body also has black binding, matching the neck, fretboard and hardware, as well as the headstock accent. The guitar’s four-bolt heel is also carved, giving you easy access to all 24 of the frets.

Various other features include Luminlay side dots, an ‘XX’ inlay at the 12th fret, some visual accenting below the strings at the playing area, and a black TUSQ nut from Graph Tech.

The guitar is a little different from the one you can see Kelly holding on the front of Tickets To My Downfall. Instead, it’s a replica of the guitar that Kelly played and smashed to pieces at the MTV VMAs for his performance of Papercuts.

Kelly has recently thrown himself into controversy, mocking the metal band Slipknot in between songs at Louder Than Life Fest. He then doubled down on Twitter, stating that his anger stemmed from comments frontman Corey Taylor had made about him after being fired from contributing to Tickets To My Downfall. However, Taylor shared email screenshots that implied he was the one to leave the project.

The guitar lists for $899. Find out more at schecterguitars.com.