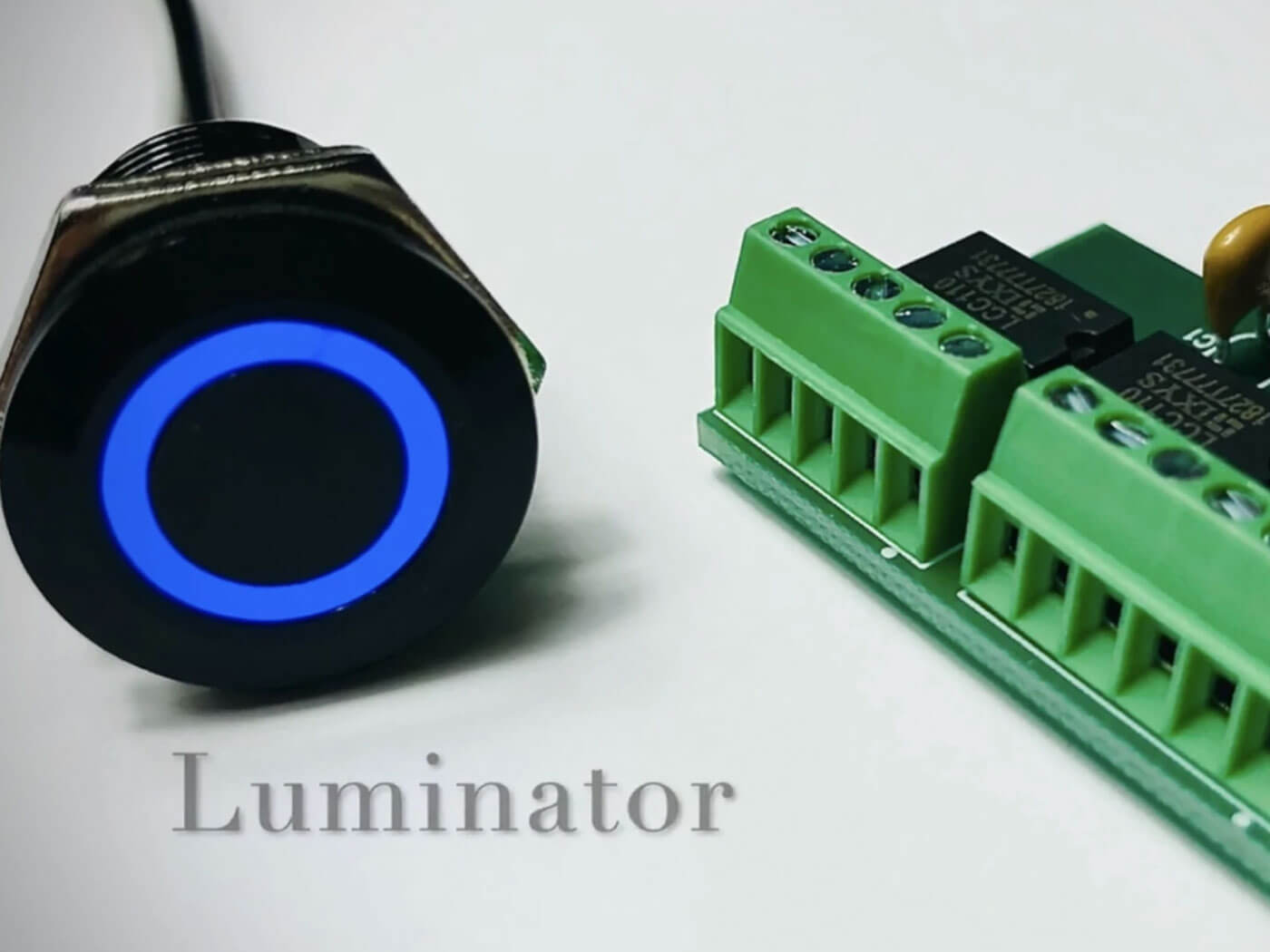 While it may look like the killswitches fitted to certain guitars, the Luminator’s closest analogue is a push-pull tone pot. But, due to the complex nature of the switching and the addition of the Luminator Switch Boards, it doesn’t just split pickups.

Say, for example, you love the sound of humbuckers through 500K tone pots, but prefer single-coils to be given a little more breathing room by 250K pots. This is where the Luminator switch comes in, simultaneously changing the values of the potentiometer and capacitors. Other applications include engaging a mid-boost circuit, removing a tone pot entirely or running two single-coils in series.

The switch and board also feature solderless terminals, so to mess around with various connection configurations you don’t have to dig out your soldering iron. And, true to the ‘lumin’ prefix in its name, the switch features a coloured LED ring to let you know what mode you’re in.

For a demonstration of the switch’s operation, take a look at Mad Hatter’s video below:

The system is available now for $119.99. Find out more at madhatterguitarproducts.com.