Marshall teams up with BMW for new speaker-fitted motorcycle 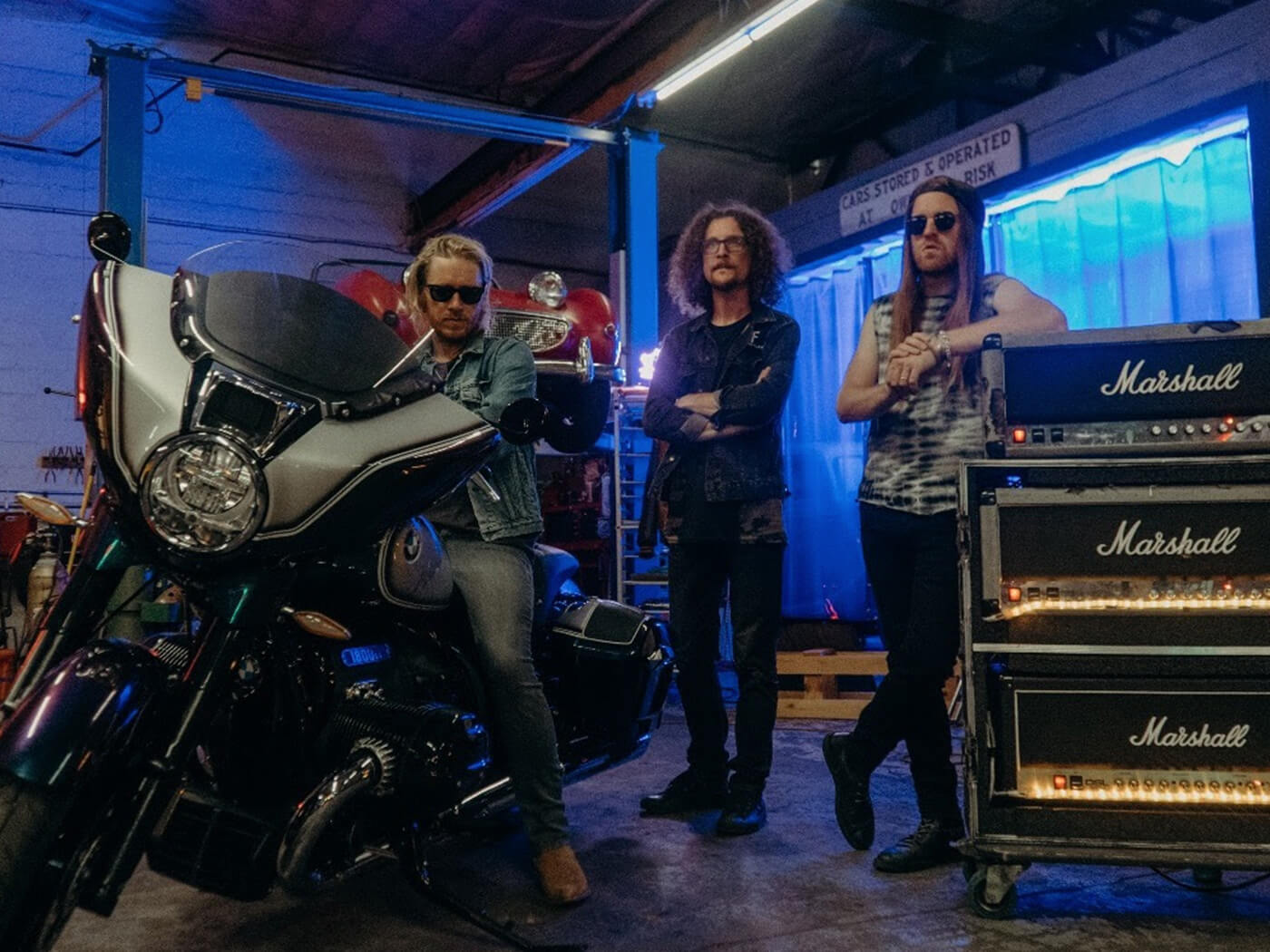 Marshall Amplification has, since 2012, been expanding slowly out into consumer audio technology as well as guitar amplifiers. The latest example: a BMW motorcycle with a Marshall-designed speaker system.

The amplifier brand has collaborated with BMW on the R 18 Transcontinental and R 18 B for an “intense sound experience,” apparently more intense than the sound experience offered by all petrol-burning motorcycles by default.

The bikes are fitted with a two-way speaker system that has the classic hallmarks of Marshall’s design: black speaker grilles, and the white Marshall logo. There’s also the Marshall Gold Series Stage 1 and Stage 2 sound systems, which can be added to provide an “even more intense listening pleasure”, with up to four loudspeakers and two subwoofers and 280 watts of total

The collaboration has made its debut in a new music video for The Cadillac Three’s new single Get After It.

Singer and guitarist Jaren Johnston commented: “This was such an awesome experience! While recording the track we tried to incorporate the feeling of getting on that BMW Motorrad bike for the first time while playing a really loud guitar through huge Marshall stacks like we do out on the road. I think we nailed it”.

Drummer Neil Mason added: “We’ve had a great relationship with Marshall Amplifiers for a long time and when we found out they’d recommended us to BMW to help launch their new motorcycle with a music video for Get After It, it felt like a big ole hell yes for us.”

The BMW R18 B and Transcontinental will retail for $21,495 and $24,995 respectively, launching in August. It’s unknown as to whether you’ll be able to plug a guitar into either.