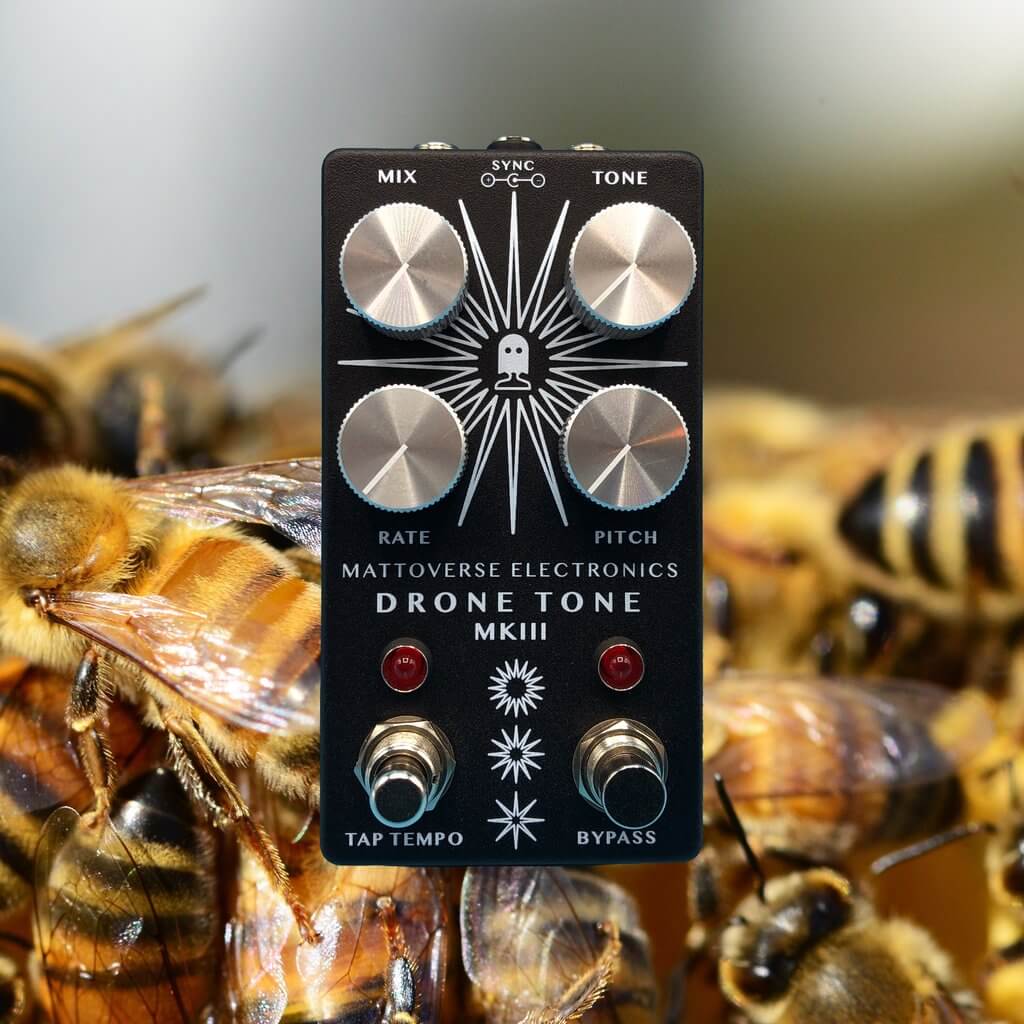 Drone Tone MkIII, like its predecessor, isn’t your conventional guitar pedal. It can function as a standalone device or with an instrument input, although said input “is unaffected and is simply buffered and passed-through to the output jack”, according to Mattoverse. Instead, the pedal relies on an additive noise generator to create wild sounds that can potentially get more interesting with other effects.

Controls onboard the device include four knobs: mix, tone, rate and pitch. The mix control, in particular, sets the square wave oscillator’s level at the output jack.

Retails at $159. More info at mattoverse.com.