Including guitars played by Blondie and the Ramones – check them out here. 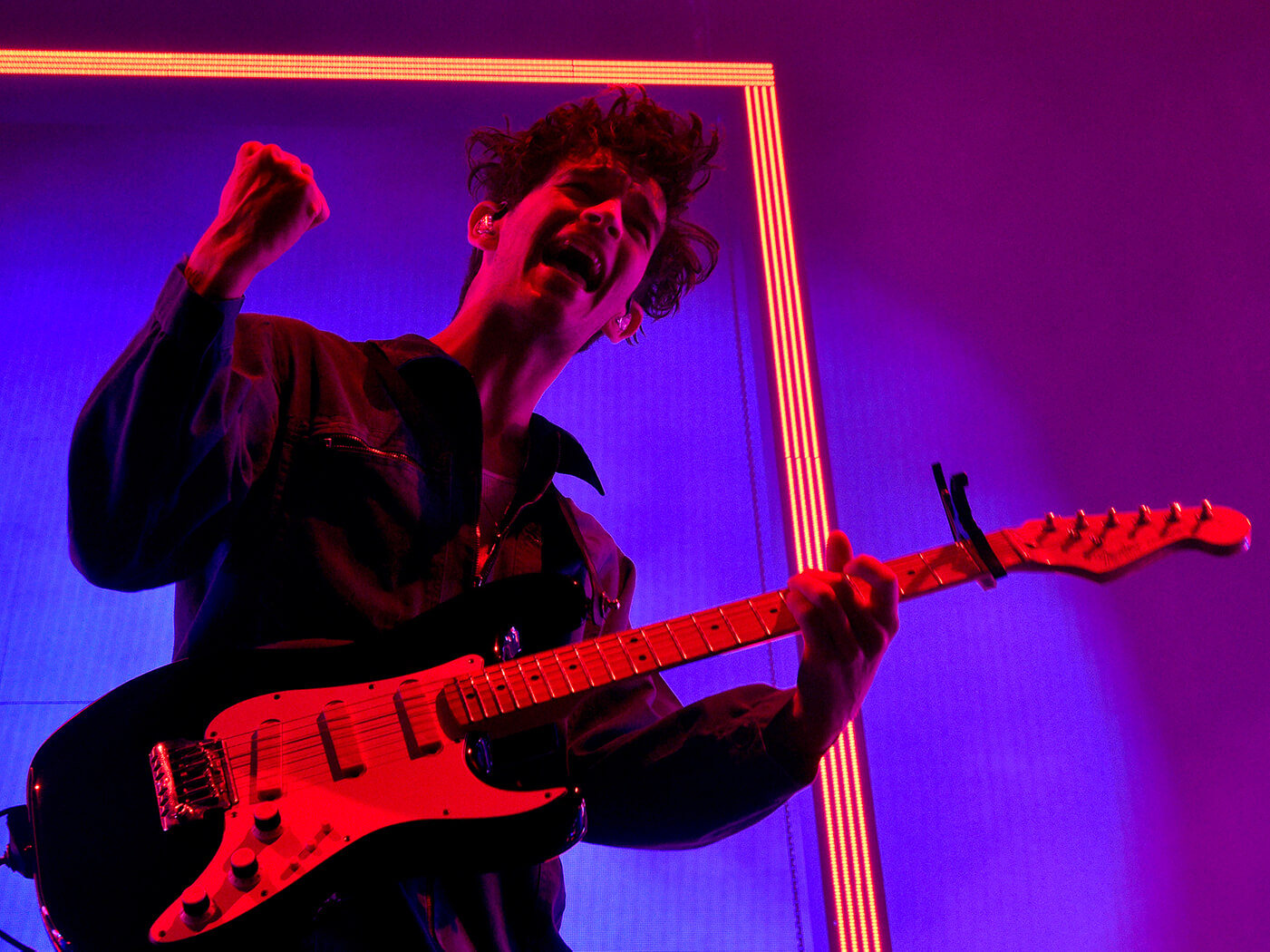 Matty Healy isn’t exactly known as a guitar collector. But in a series of Instagram Stories posted last night, the frontman of The 1975 surprised fans with a sneak peek into his mouth-watering vintage guitar collection.

From a 1964 Fender Jaguar in Seafoam Green – with matching headstock – to a 1958 sunburst Stratocaster, Healy’s collection will impress most guitarists. And that’s not even mentioning the crown jewels: a 1963 Jazzmaster once wielded by The Ramones and David Byrne, and a Gibson ES-330 used by Blondie.

While Healy is often pictured slinging a Strat-style guitar onstage, he’s known for his love of Mustangs and other off-kilter instruments. He’s said to own at least five of the Fender offsets, most of which are vintage, and even credits his white 1965 model for “changing his life”.

Outside of guitars, The 1975 have been in the limelight over the last few weeks for making the Mercury Prize 2019 shortlist for their recently released album, A Brief Inquiry Into Online Relationships.