Featuring the same winning formula as its 25- and 50-watt siblings. 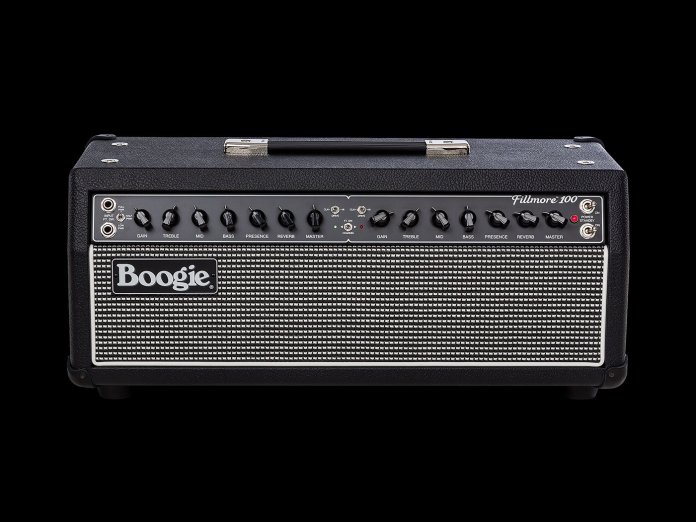 Following the Fillmore 25 and 50, Mesa Boogie has upped the ante with a 100-watt edition of the tube amplifier. And if that’s too much power, the amp sports a Power Reduction Switch to make it suitable for more intimate spaces.

The Fillmore 100 is available as a combo or head, with the option to add on Fillmore cabs. Here are the details:

Like its smaller siblings, the Fillmore 100 features five 12AX7 preamp tubes, but it takes things up a notch in terms of output, using four 6L6 power tubes instead.

The Fillmore 100 sports the same two identical channels – each with three gain modes in Clean, Drive and HI – as the 25 and 50. Each channel is shaped by a set of seven controls, including a three-band EQ, gain, presence and a master volume. There’s also an onboard vintage-voiced spring reverb.

The Fillmore 100 is available as either a 1×12 combo – with a single Celestion Custom 90 speaker – or as a head. If you go with the latter, you can consider pairing the amp with a vintage-tuned Fillmore cabinet. These come in both 1×12 and 2×12 formats and use the same Celestion speaker as the combo.

Hear the Fillmore 100’s sounds below: