The guitar is MGK’s second signature with the guitar maker 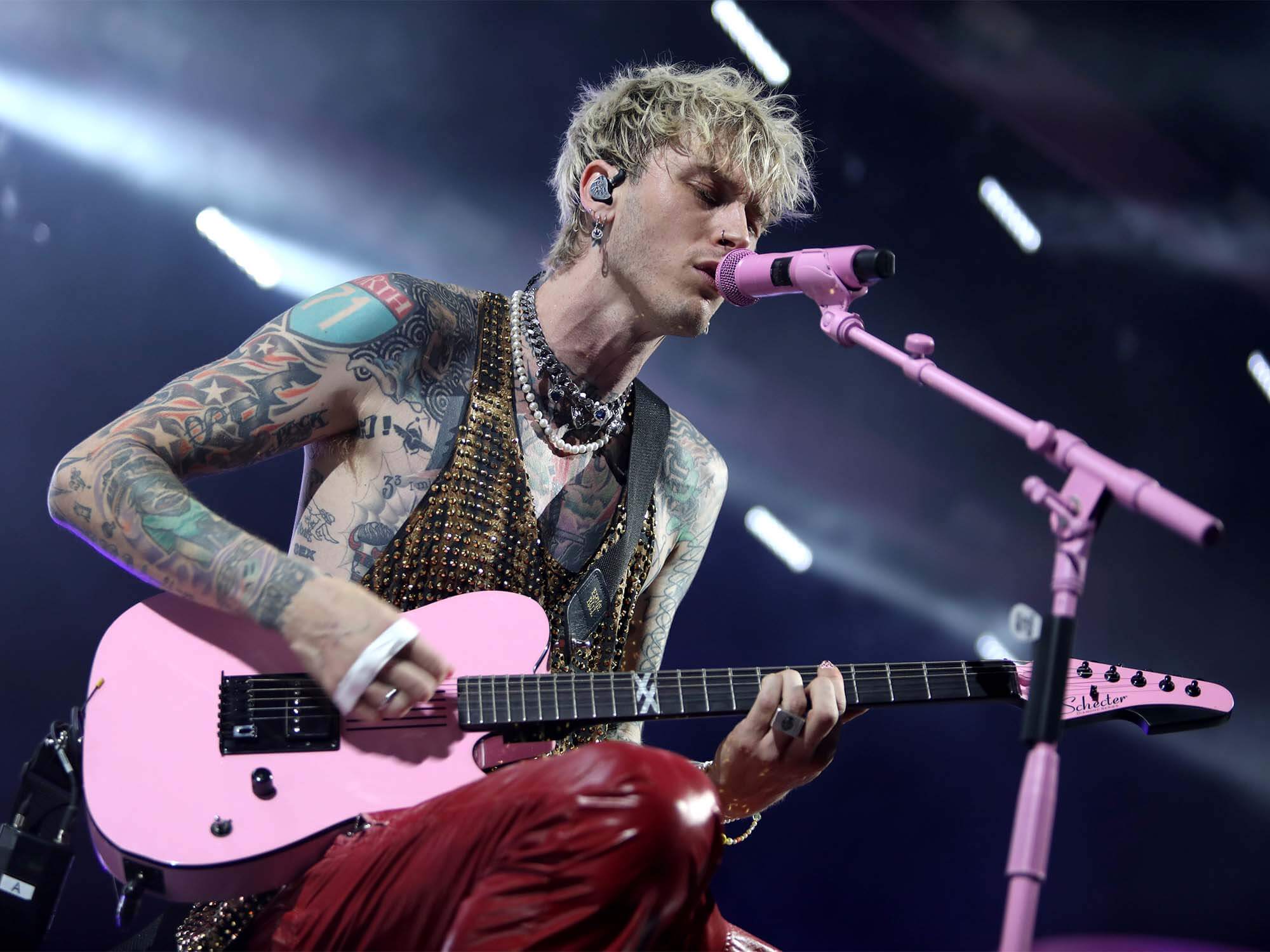 The Satin Black six-string is now available at authorised distributors, featuring an eye-catching hot pink-themed humbucker, body line and 12th fret logo inlay. The Mainstream Sellout guitar appears to retain the specs from the Tickets to My Downfall signature model that was released in 2021, with an alder body, Canadian rock maple neck a 22-fret ebony fingerboard, and a sole Schecter Pasadena Plus humbucker.

Machine Gun Kelly recently responded to critics who branded him a “tourist” in the rock genre, calling himself a “rocket man,” in his acceptance speech for Favourite Rock Artist at the American Music Awards on 20 November. “We weren’t born on the moon but we looked at it and we were curious and then we went there… supposedly, and these two rock albums were me going to the moon,” MGK continued, adding “But I’m not done exploring the universe yet, and I am all genres.”

MGK was notably embroiled in a spat with Slipknot’s Corey Taylor last year after MGK called out Taylor onstage over a collaboration that fell out. He told the crowd, “Hey, you wanna know what I’m really happy that I’m not doing? Being 50 years old wearing a fucking weird mask on a fucking stage,” whilst performing at Riot Fest, prompting Taylor to fire back in an interview where he said, “You don’t get to walk into a genre with the history, with the work… The fact is that this genre really doesn’t get the fucking respect that it deserves.”

“You don’t get to walk in as some weird substitute teacher and pretend that you can tell us what to wear – boots, shoes, house fucking shoes, slippers. Why don’t you suck every inch of my dick?”

MGK has since spoken of his regret for the situation in his Disney+ documentary Life In Pink.

The Mainstream Sellout Schecter signature guitar is available at $999 at Guitar Centre.