These mini models are targeted at younger players, and feature a 22.75″ scale length. 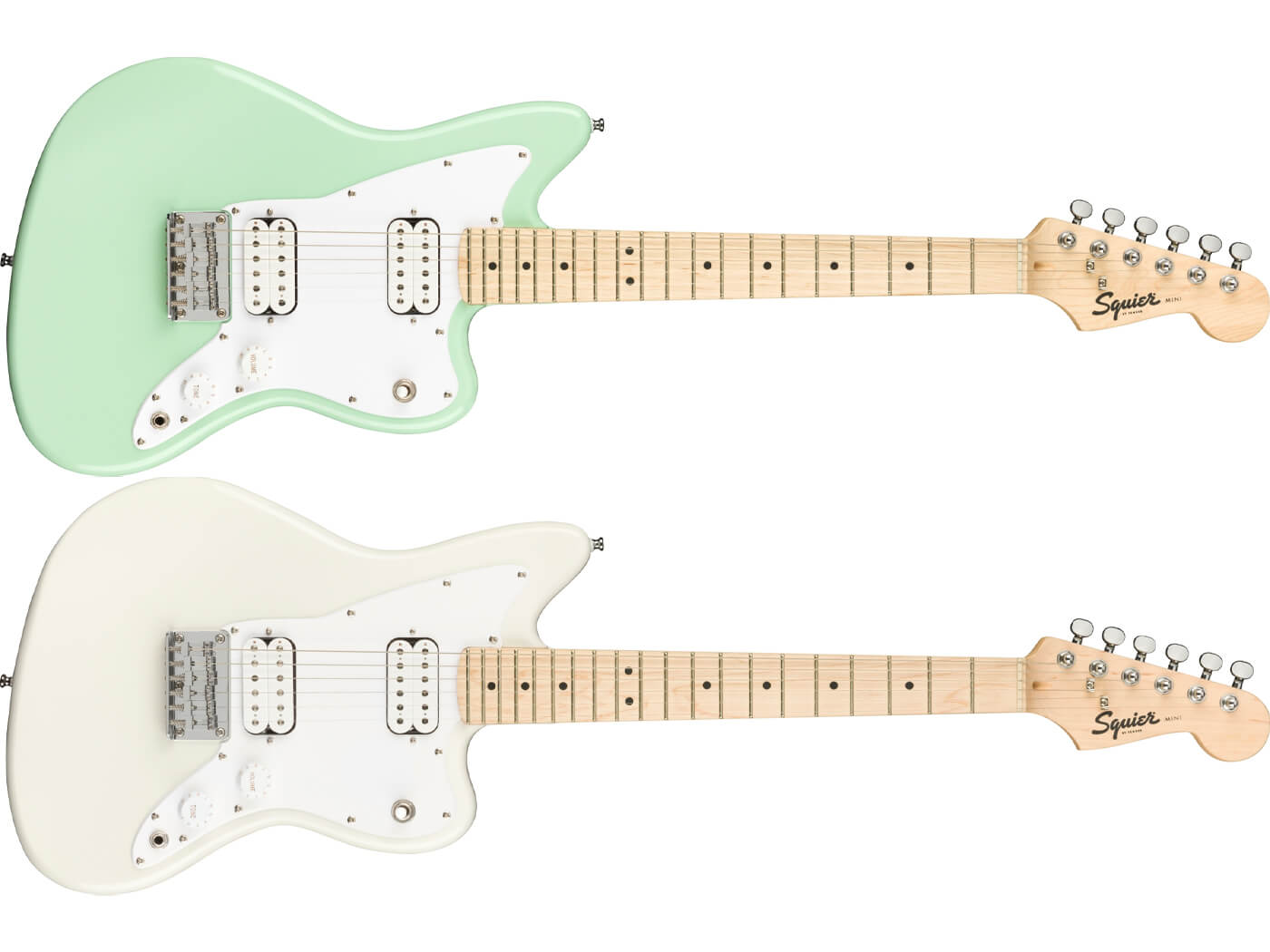 Fender has launched the Squier Mini Jazzmaster HH, a scaled-down electric guitar model targeted primarily for younger players. It has a 22.75” scale length, which is similar to Squier’s previously released Mini Stratocaster models.

This model features a poplar offset body, designed to be thin in order to reduce the instrument’s overall weight. To this, Fender has paired a maple neck and a 20-fret maple fingerboard.

In terms of electronics, the Mini Jazzmaster comes loaded with duo humbuckers, both of which are Squier’s in-house design. Controls include volume and tone knobs and a three-way pickup selector. As Squier’s Mini Stratocaster models typically come equipped with a three single-coil setup, this model could be ideal for players in search of a mini instrument with humbuckers.

Hardware appointments on the Mini Jazzmaster include a synthetic bone nut, die-cast tuning machines and a hardtail bridge. The instrument comes in three classic Jazzmaster finishes, which are Daphne Blue (below), Olympic White and Surf Green (pictured above).

The Squier Mini Jazzmaster HH is priced at $179, but be advised: it doesn’t come with its own bag.

Learn more about it at Fender.com