Sandwich your tone between two amps. 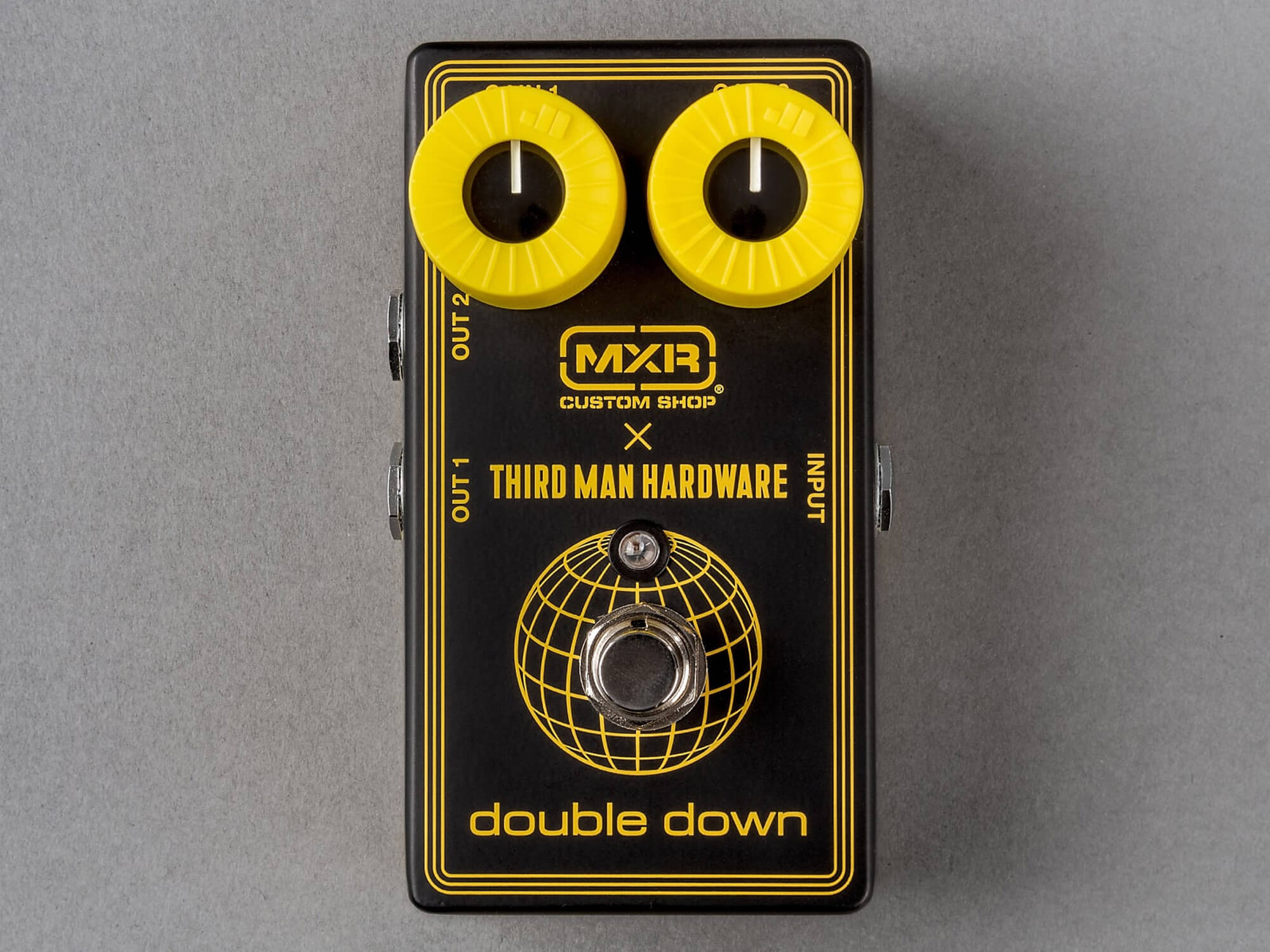 Jack White’s Third Man Hardware is no stranger to collaborative pedals. The latest has just landed: the Double Down. It’s a collab with the MXR Custom Shop, cramming two of the latter’s famed MicroAmp boosts into a single pedal.

The Double Down is both a signal splitter and a dual-boost pedal. It has a single input jack and two output jacks, letting you run your guitar into two amplifiers. Each output has its own individual MXR Micro Amp, letting you either balance the volumes of the two amps or just boost each with the hefty 26dB of clean boost provided per channel.

There are some extra utility features on the unit as well; a phase switch lets you invert one of the signals. This is useful if another piece of gear you’re using the Double Down with has its own phase inverter, and you want to prevent the signals from cancelling each other out. If you’re hard-panning your outputs, however, deliberately putting your left and right signals out of phase can create a dramatic stereophonic effect. There’s also a switch to change between buffered and true bypass depending on your setup’s needs.

Jack White said in a statement about the pedal: “We want to make things that appeal to people from all kinds of genres, and a Micro Amp like that has a vast appeal to people for all kinds of applications,” White says. About the Double Down, he adds, “You could see people using this for vocals or some kind of stereo effect for instruments.”

You can check out him demoing the pedal below.

The double-down has been launched exclusively on Third Man’s Reverb store – alongside an ultra-limited-edition inverted colourway. The regular version will set you back $169.99, while the limited costs $242.99 and comes with a unique pick tin and 10 picks.

Check them both out here.