The new decade brings about a blast from the past.

NAMM 2020: Fender has pulled the curtains back on its electric guitar collection for this year.

Building on the success of its American Ultra series, the brand has unveiled a host of treats for its fans, including throwback models like the Lead and HM Strat. Similarly, Fender’s Parallel Universe Volume 2 will offer reissues of cult classics while its American Original and Player series will serve up new models.

Oldheads will probably recall this oddity from 1979. As a nod to its roots, Fender is relaunching the Player Lead series with two guitars: Player Lead II and Player Lead III. The former is an homage to late-70s models, while the latter is a tribute to the 1982-only version. Both instruments feature a blend of era-correct appointments as well as modern Player Series specs to offer comfort, power and style. These guitars are characterised by their vibrant finishes and accessible price point.

Launched in November last year, Fender’s Ultra series has seen remarkable success. Designed to supercede the American Elite line, the Ultra series presents a truckload of goodies including the Stratocaster, Telecaster, Precision Bass, Jazzmaster, Jazz Bass and Jazz Bass V. Check out some of them in the gallery below:

Read our review of the Stratocaster and Telecaster here. 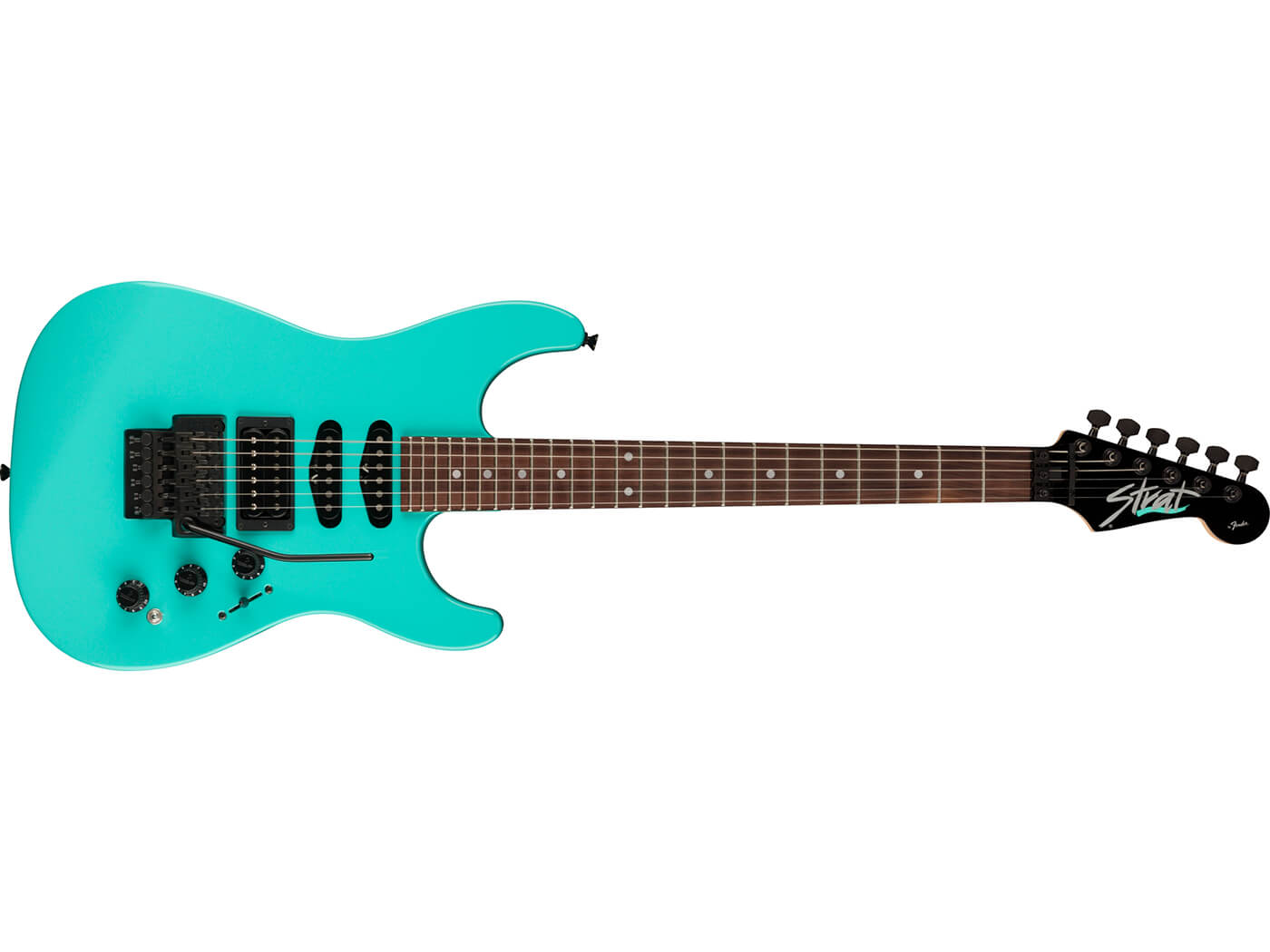 Originally launched in the late 80s, the Heavy Metal (HM) Stratocaster is making a limited-run reappearance this NAMM. Designed with the most technical players in mind, this beast features a narrow C neck, a 25-inch scale, 17-inch-radius fretboard – maple or rosewood – and 24 jumbo frets. As you’d expect, it features a Floyd Rose Special recessed bridge for those epic dive bombs. A HSS pickup configuration wraps things up, ensuring you have a wide palette of tones at your disposal.

The Maverick was a hidden gem favoured by players who wanted to make a statement. Built with leftover 12-string necks modified for a six-string, it was certainly an unconventional one. Fender has now upped the ante for the Maverick Dorado, giving the guitar a pair of Filter’Tron-style humbuckers, a Bigsby vibrato tailpiece and an ebony fretboard.

Built for the player who loves the spotlight, the Tele Mágico is all about premium appointments and “cowboy class” according to Fender. Designed in collaboration with Fender Custom Shop Master Builder Rob Thorn, this guitar features generous use of Pearloid pervades, from its binding to its pickup rings to its Cabronita pickguard. It also has two custom-designed Fender Gold Foil pickups, tuned for crystalline highs and creamy lows. 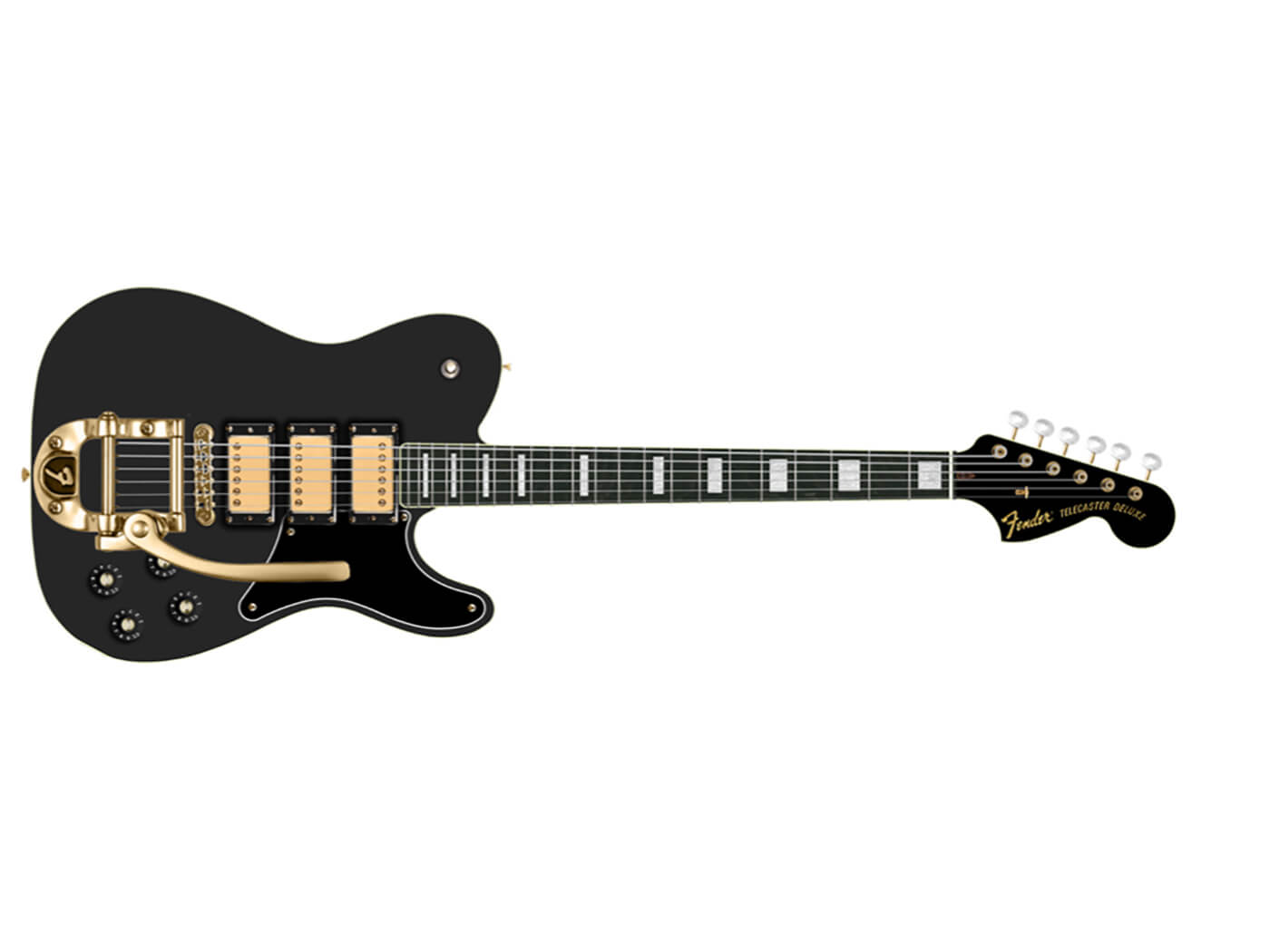 The Troublemaker Tele – which stumped John 5 when he first tried it – is back this year, this time featuring a Bigsby vibrato tailpiece and pearloid block inlays paired with white binding for a “tuxedo” look. Tone is courtesy of three custom-calibrated Double Tap humbuckers. 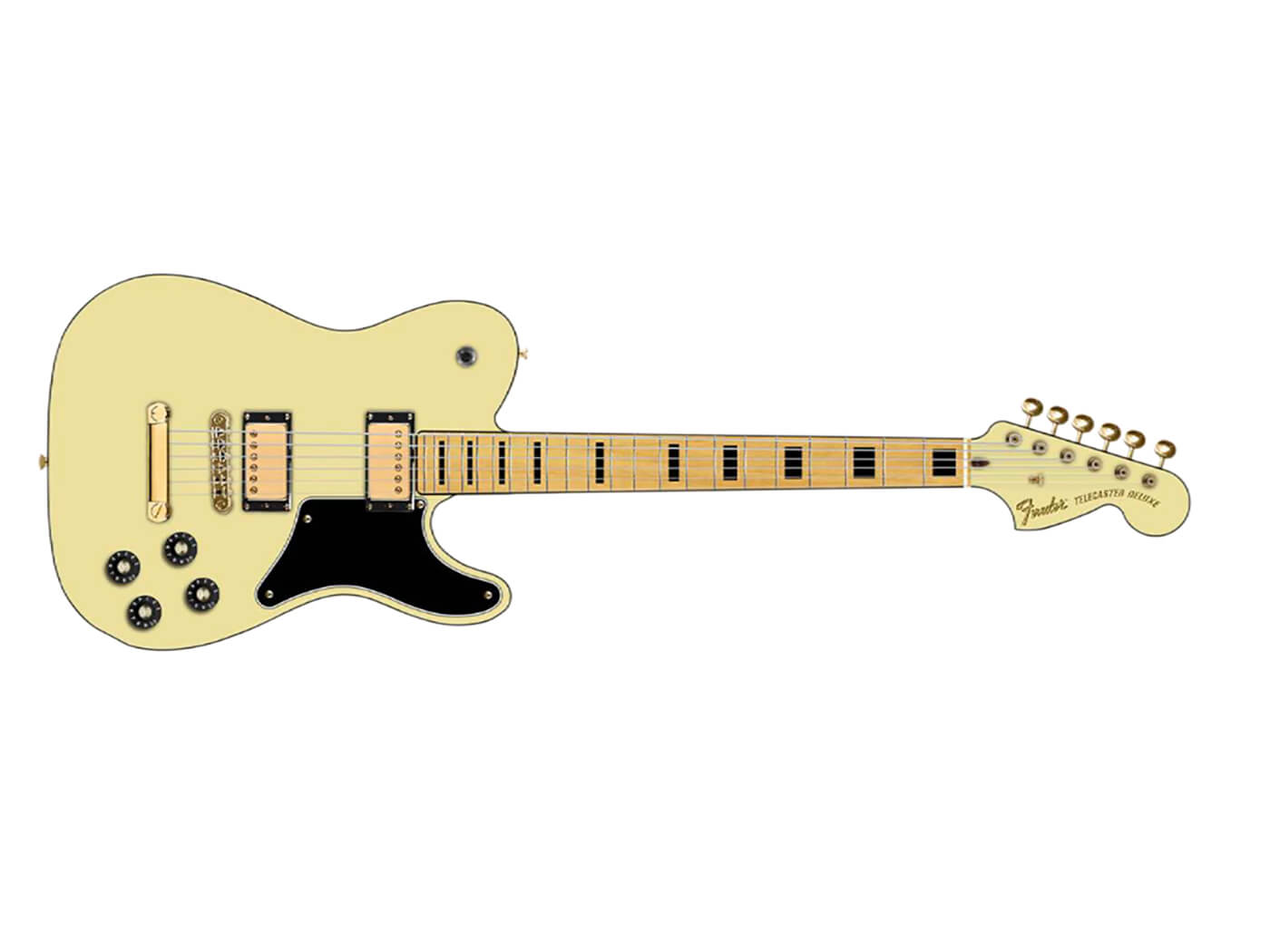 For this iteration of the Troublemaker Tele Deluxe, Fender has opted to go with a bold Olympic White finish and flashy gold hardware to match that premium price tag. Other highlights include a modern C solid mahogany neck with ebony fretboard and a pair of Double Tap humbuckers with individual push-pull volume controls. 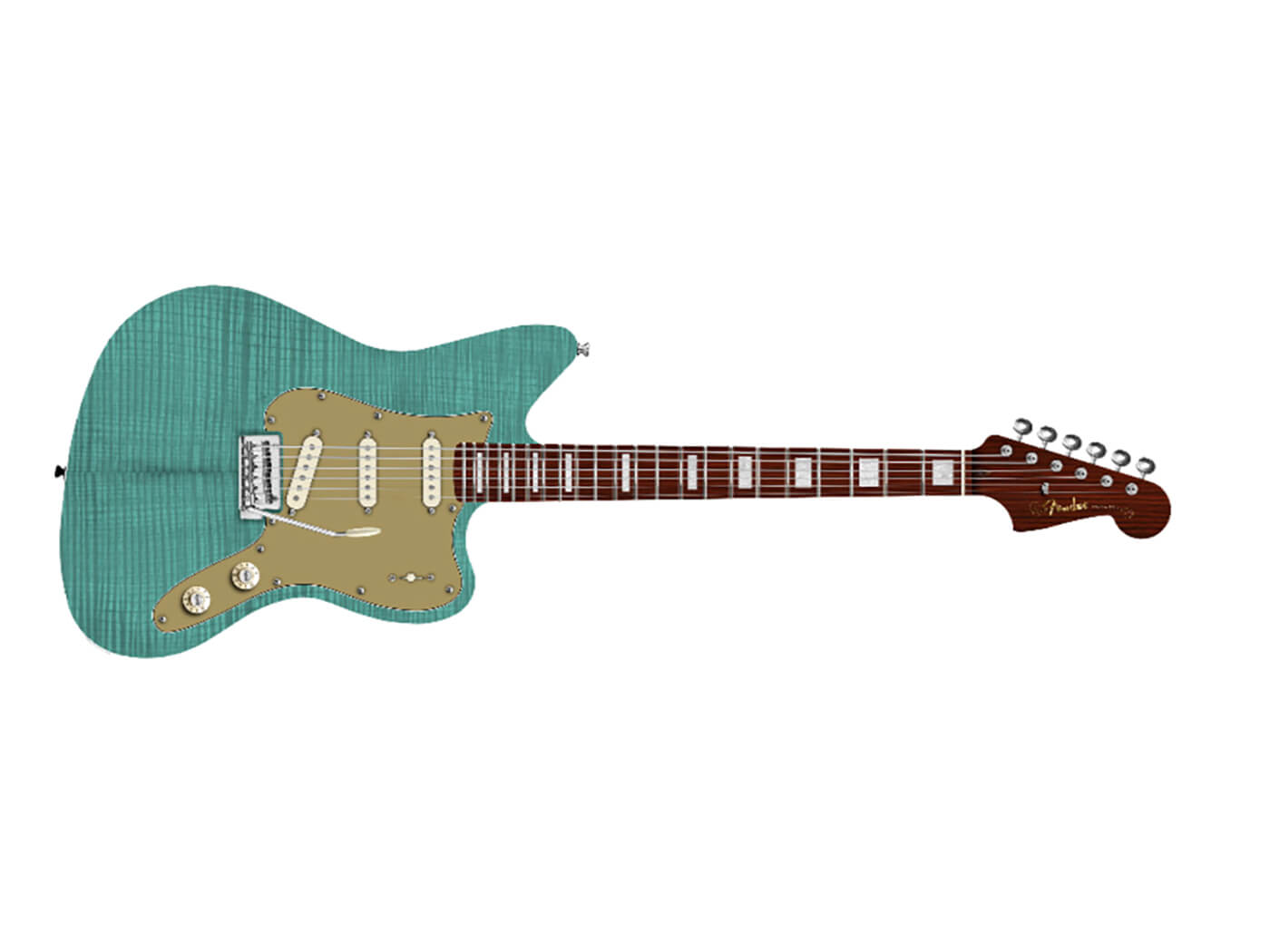 As its name suggests, this oddball combines the best bits of the Strat and Jazzmaster. It combines a figured flame maple top-on-bound slab Jazzmaster body with three Texas Special Stratocaster single-coil pups and a two-point American Pro Strat bridge. 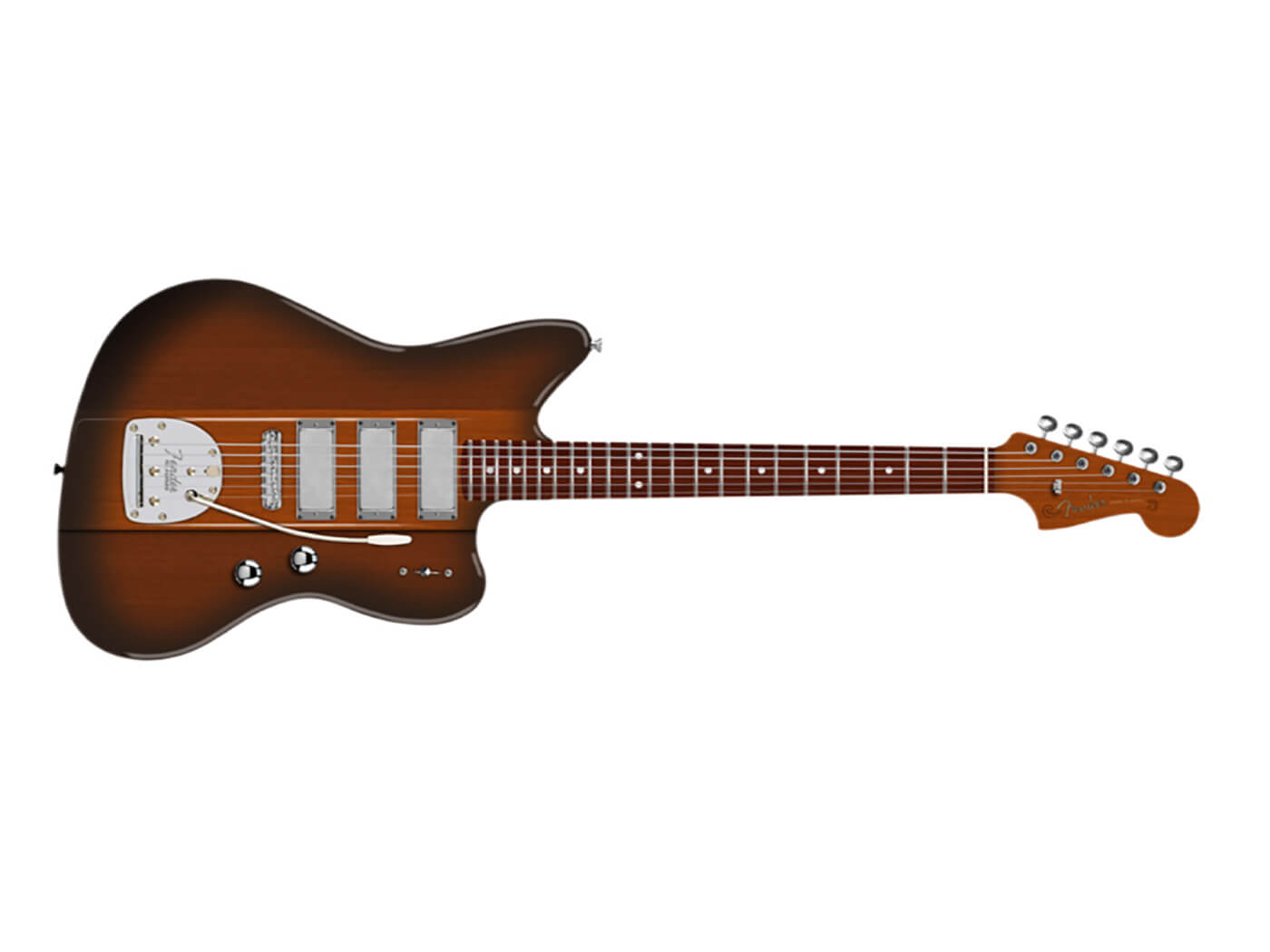 This Jazzmaster exudes class, from its three-piece body – ash-mahogany-ash – to its three-colour sunburst nitrocellulose lacquer finish to its triple set of chrome-covered pups. The latter comprises a Seymour Duncan SM-1B at the bridge and a pair of Seymour Duncan SM-1Ns at the neck and middle positions. 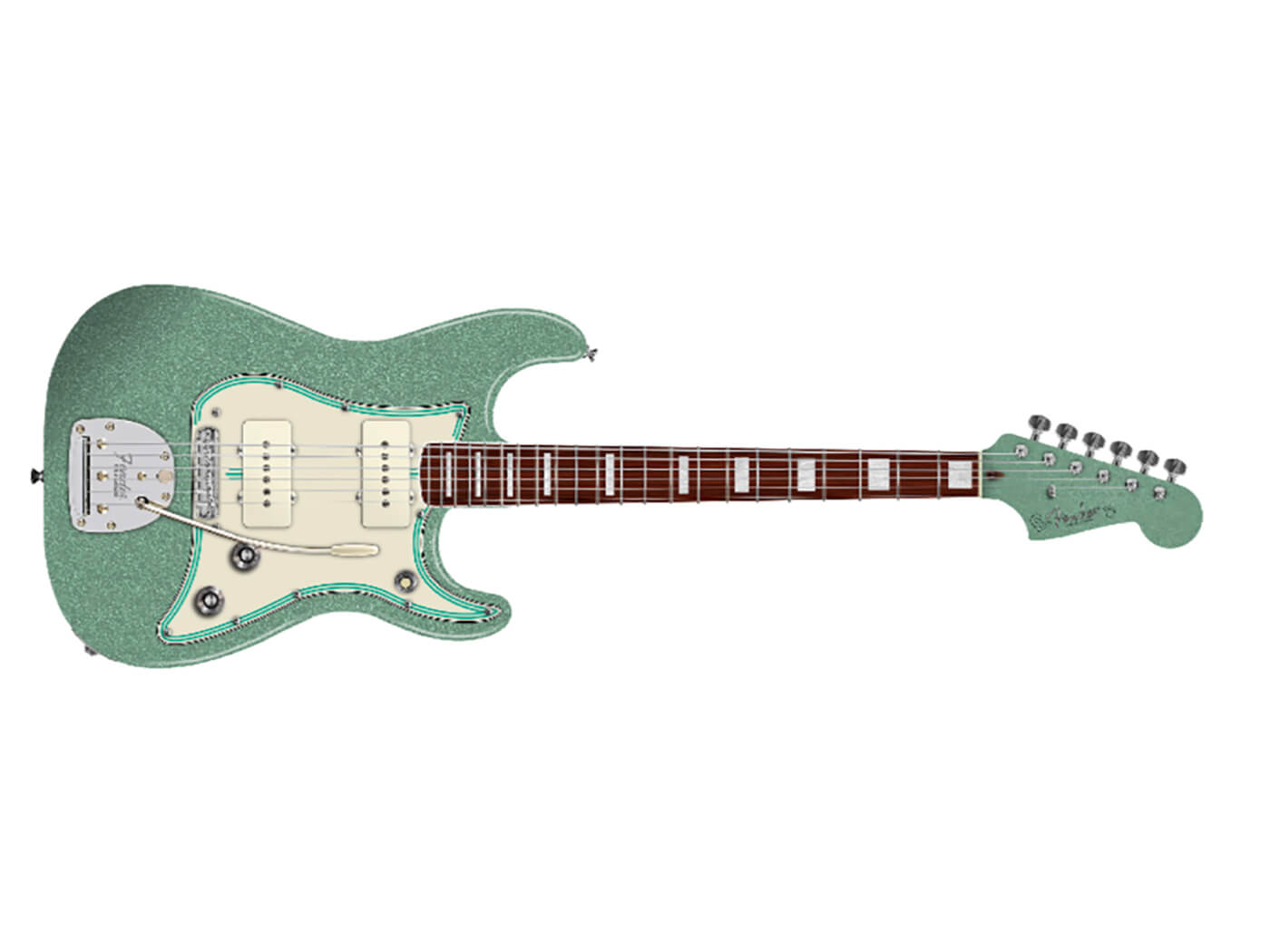 No mystery about this one. The Jazz Strat combines the tried-and-tested silhouette of the Stratocaster with the neck, vibrato and pickups of a Jazzmaster. It does, however, present a few interesting appointments. The first of which is a custom Decoboom Streamline Pinstriped pickguard. The second, is a pair of aluminium radio knobs. 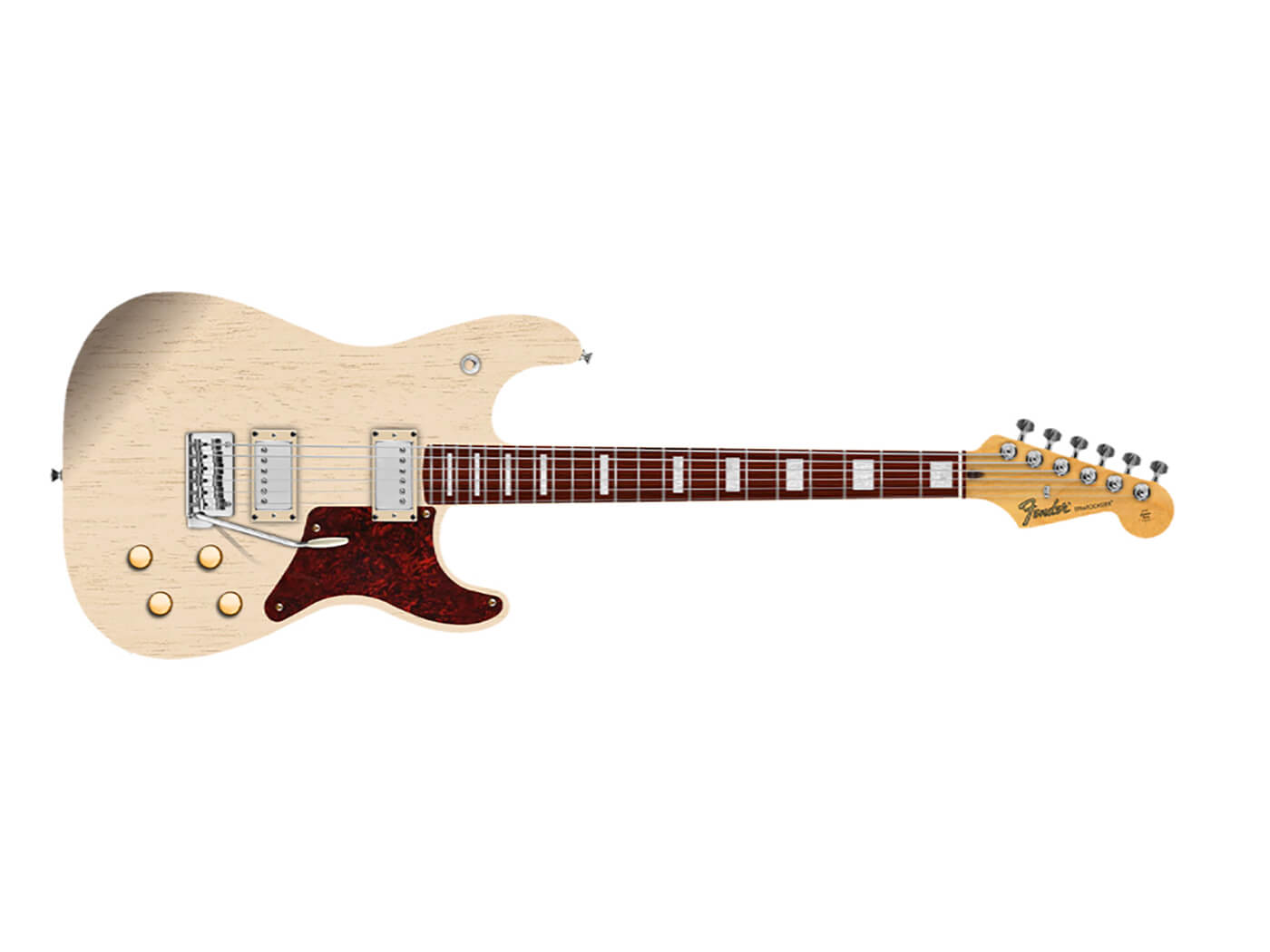 This understated beauty uses Fijian mahogany for its body, and features a bound and block inlaid rosewood fretboard. Tone comes by way of a pair of chrome Double Tap humbuckers, and a two-point Synchronized Tremolo System wraps up the features for this simple-yet-gorgeous six-string.