Another release to celebrate the 10th anniversary of IK’s iRig series. 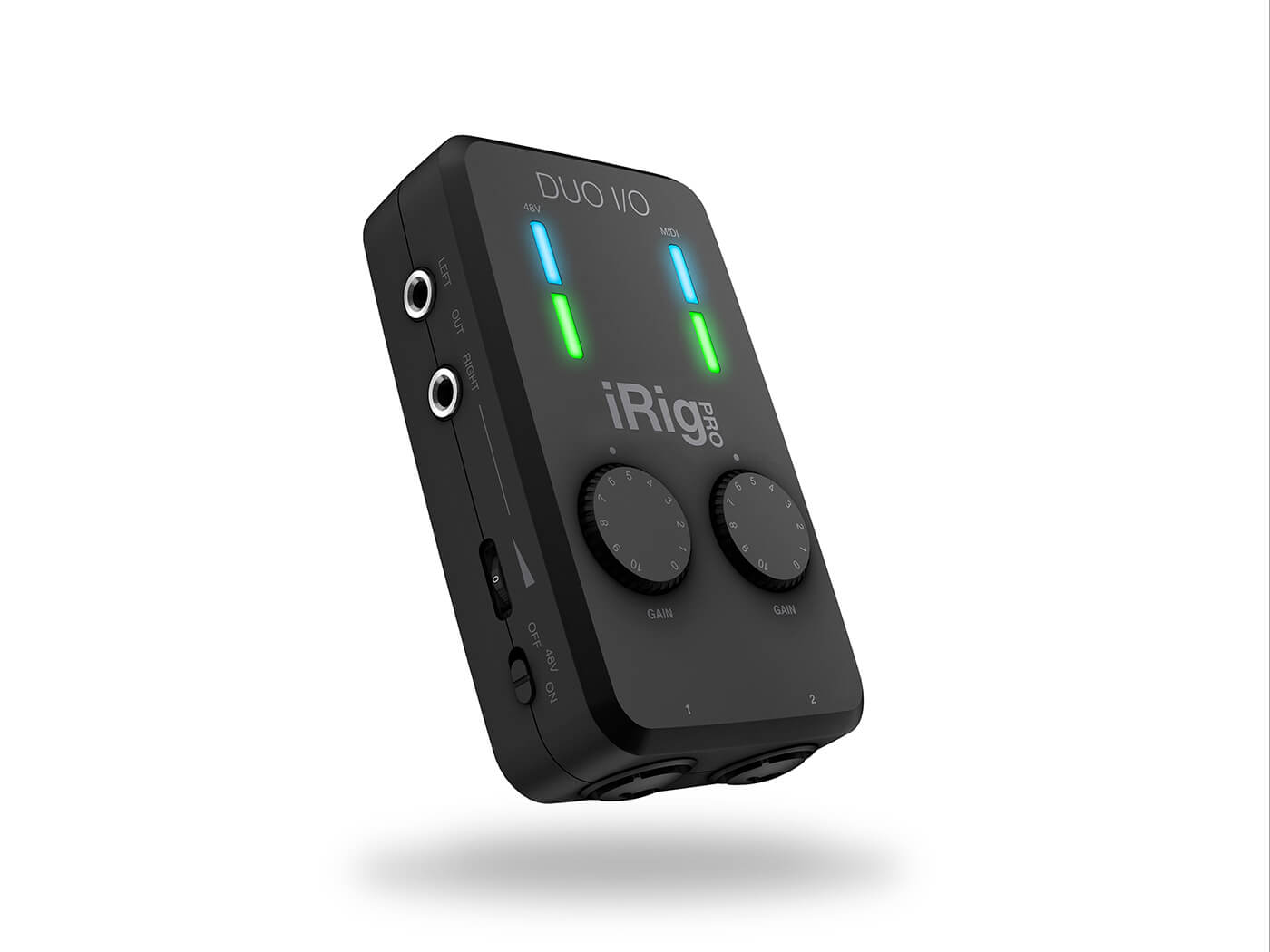 Update (5 March 2020): The iRig Pro Duo I/O is now available to purchase from the IK Multimedia store and IK dealers worldwide. The unit lists for $199 / €199. With the launch, IK Multimedia has introduced dedicated drivers for IOS, Android and Windows 10. Find out more over at ikmultimedia.com.

An upgrade to the brand’s iRig Pro Duo, this iteration features updated mic preamps with more gain as well as USB-C compatibility. Other upgrades include improved volume controls with level indicators and a new rubberised finish for enhanced durability.

Where recording is concerned, the iRig Pro Duo I/O features two analogue combo inputs – 1/4″ / XLR – for simultaneous tracking of microphones and instruments. It also features Class-A preamps, adjustable gain and 48V phantom power. As an added touch, each channel has its own input gain control.

As mentioned earlier, the iRig Pro Duo I/O can also function as a MIDI interface via its MIDI input, output connectors and breakout cables. It also additional connections in the form of two balanced 1/4″ and headphone outputs. Wrapping things up in terms of features is a direct monitor switch which offers latency-free monitoring of direct incoming signal. This can be used with video or streaming apps, or for monitoring the processed signal from your device when recording music.

The iRig Pro Duo I/O can run on USB bus power, two AA batteries or an optional PSU and ships with USB-A and USB-C cables. The interface also comes with free access to over $/€500 of IK software, apps, and in-app material, making it the ideal one-stop solution for recording music and more.