The brand has also announced a new 35th Anniversary StingRay bass and a reinvented range of cases. 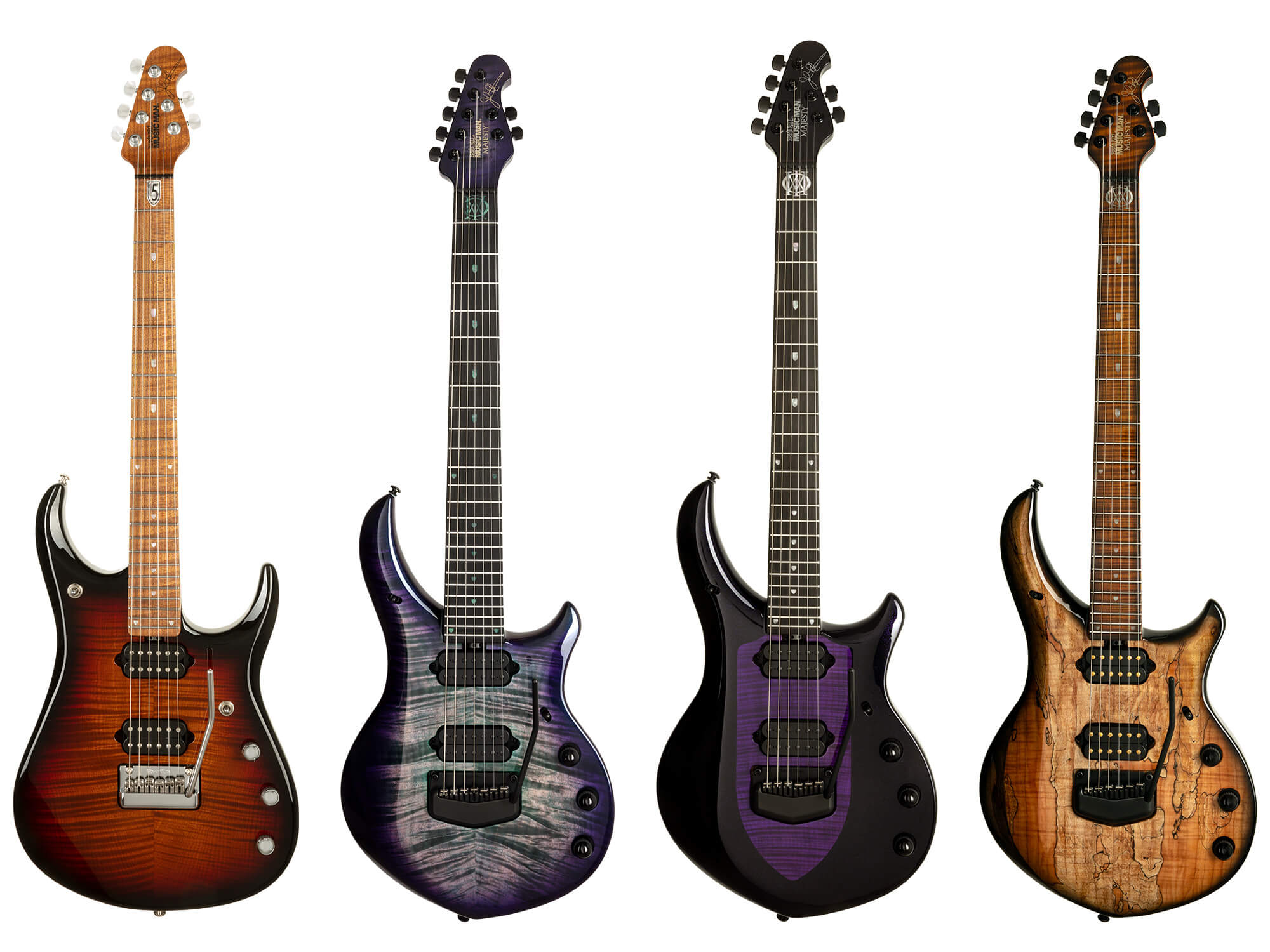 NAMM 2022: Ernie Ball Music Man has expanded its ever-growing John Petrucci range of guitars with the Majesty model in six new finishes and the JP15 design in two new colours.

Starting with the Majesty range, one of the brand’s all-time bestsellers, Music Man has now unveiled the guitar with six new finishes, available in the 6, 7 and 8-string models. The original Majesty design comes in four new colours: Emerald Sky, Sanguine Red, Wisteria Blossom, and Okelani Blue, all of which can be seen in the video below.

Meanwhile, the Maple Top Majesty comes in two new finishes: Spice Melange and Crystal Amethyst, the first of which bears a spalted maple top and roasted maple fretboard. The latter, on the other hand, features a full flame maple top, boasting a green, purple and mystic dream metallic burst with alder back and sides.

Music Man has also introduced the JP15 models in two new colours: Tiger Eye burst (in flame or quilt) and Purple Nebula, both new launches come in both 6 and 7 string models and will house DiMarzio Dreamcatcher and Rainmaker pickups, and a Custom Piezo floating tremolo.

In addition to new signature models for Petrucci, Ernie Ball Music Man has also announced the release of its latest bass: the 35th Anniversary StingRay 5.

Celebrating the critically-acclaimed instrument, which was originally introduced in 1987, the latest model will feature a spalted Sunburst finish, ash body, roasted figured maple neck with ebony fretboard and copper pearlescent block inlays. Previously used by artists such as Flea, John Myung and Phoenix of Linkin Park, the newest model of the StingRay 5 will be available in August.

Finally, amid the extensive new instruments that are soon to make their debut, the brand has also revealed that it will be reinventing its cases as part of a new collaboration with MONO. The new case is over two pounds lighter than the traditional hardshell alternative, and bears custom-mulded foam. The exterior combines an extra-large zippered storage compartment with a built-in organiser and rubber feet for resistance to impact.

Ernie Ball Music Man will make the shift to MONO cases later this year. Hardshell cases will continue to be offered for a limited time.

Find out more about the new launch on Music Man’s website.